His mind is occupied by thoughts of his youngest daughter, who was so beautiful and who died so brutally and senselessly.

"I can't imagine the horror of my little girl being choked, then stabbed multiple times, her head shoved in the toilet, her body drained of blood and shoved under the mattress in a low-rent motel," Jensen said.

"How much more hideous of a scenario can any of us imagine happening to our children?"

Jessica Jensen's body was found June 2 at the Capitol Motel, 1749 S. State. Surveillance video showed her checking into the motel May 27 with Thomas Kumalac, 29, an acquaintance. Her body wasn't found under the mattress for several days. Kumalac later confessed to the killing her and pleaded guilty to murder, a first-degree felony.

"Your losses are unimaginable," 3rd District Judge Judith Atherton told the woman's family before sentencing Kumalac to 15 years to life in prison. "I do affirmatively recommend to the Board of Pardons that you not be released — ever."

According to court testimony, Kumalac and Jensen were casual friends and were chatting over Facebook on May 27. Jensen, 25, told Kumalac that she had gotten into trouble and needed a safe place to go.

I can't imagine the horror of my little girl being choked, then stabbed multiple times, her head shoved in the toilet, her body drained of blood and shoved under the mattress in a low-rent motel.

The pair met later that day at the Salt Lake City Main Library and later checked into the Capitol Motel. Sometime that night, Kumalac attacked Jensen, first trying to strangle her and drown her in the motel toilet before stabbing her multiple times in the back.

He confessed to murdering her and said he did it because he had long had thoughts of harming people. He said he was fueled by violent films he watched, specifically the torture/horror movie "Hostel." He also told police that he was impressed with what he had done.

Mike Jensen and his sons Eric Jensen and Nate Jensen stood before the judge and gave emotional statements about their daughter and sister and what they thought of the man who took her from them.

"I'm not impressed," Nate Jensen said. "I'm sickened by it. Kumalac shows no remorse. ... (He is) a maniac who will cause hurt or horror again. He is not a human being, but an animal."

The woman's brother said he has "seen the unspeakable things people do to one another" working as an Ogden police officer, but he has never seen anything that compared to what he learned about his sister's death.

"We must protect other Jessicas from spending their last moments tortured and killed," Nate Jensen said. "(Kumalac) must remain behind bars."

Oldest brother Eric Jensen spoke of Jessica's young daughter who will now grow up without a mother. He said he knows that he will see his sister again and believes God will mete out Kumalac's final judgment, but said the family will fight to keep the man in prison for as long as he is alive.

"I can promise you as we stand here today that we will be at every parole hearing," Eric Jensen said. "We will be there so that the state of Utah knows what you did ... so you can never hurt someone again."

Mike Jensen broke down as he concluded his message to the judge with a statement to his daughter. 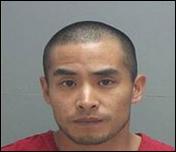 Messages sent on Facebook may have helped police build their case against a man wanted in connection with the death of a woman whose body was found under a mattress in a Salt Lake motel.

Kumalac said only one sentence: "I pray for all of her family and friends and am very truly sorry."

Defense attorney Ray Shuey added that his client felt bad about what he had done and pleaded guilty to prevent a prolonged court process.

Prosecutor Joseph Hill argued for prison and said it was hard for him to believe one human being could do what Kumalac had done to another.

"I was struck by the horrendous, heinous nature of this," he said. "A more senseless act I can't think of. The fact that he was able to do this to a friend ... it's hard to imagine what he would do to an enemy."

Outside the court hearing, the family had mixed feelings about the sentence. Mike Jensen said he was grateful to the judge for offering the maximum sentence, but it offered him little closure.

"My closure will be when my casket is closed," he said.

I know the courts have guidelines they have to stick to, but he should never see the outside of a prison. He should be on death row. ... Fifteen years &#8212; that doesn't fit the crime.

He and Nate Jensen said they would have liked to have seen the case charged as a death penalty case and Kumalac sentenced to death.

"I know the courts have guidelines they have to stick to, but he should never see the outside of a prison," Nate Jensen said. "He should be on death row. ... Fifteen years — that doesn't fit the crime."

Eric Jensen asked that those in Utah join their family in asking that Kumalac never be released.

"When (Kumalac) was first arrested, he told police that he was impressed with what he had done with Jessica," Eric Jensen said. "Because of those deranged thoughts, who knows what could happen if he were released. We don't want another family to go through what we've been through."

The family said Jessica was a popular, beautiful and outgoing girl who saw the good in all of those that she met. She was from a large family that loved her and tried to help her through various struggles. A family has faith that they will see her again.

"We miss her," Mike Jensen said. "We love her. We know she's happy with her older sister and we know families are forever."