Parents of missing teen tried finding her through cellphone GPS

DRAPER — Anne Kasprzak's parents tried finding their daughter using the GPS on her phone right after she disappeared.

Police released no new information Wednesday into the death of the 15-year-old girl whose body was found Sunday in the Jordan River. A cause of death has still not been released. Draper police have said they are treating the suspicious death as a homicide investigation.

Veronica Kasprzak-Bratcher said her daughter was at their Riverton home, near 12800 South and 2300 West, on the night she disappeared, doing homework and in a good mood. She was last seen at 7:45 p.m. Her mother, stepfather, and some of their other children were reportedly in the house that evening.

She was reported to Unified police as a runaway at 8:43 p.m.

"I need to report a runaway, my daughter ..." Kasprzak-Bratcher can be heard telling a police dispatcher in recorded call obtained through a public records request. The call was made to the Unified Police Department's main line and not 911.

After giving a description of Anne to the dispatcher, including what she was last wearing, the dispatcher said an officer would be heading to her house.

While Anne had only been missing for an hour when her mother called police, it's still unclear why the mother immediately said her daughter was a runaway. The girl's mother said she called police mostly because she didn't know where Anne had gone and she wasn't where her family expected she would be. She said there had been no arguments before Anne left the house. 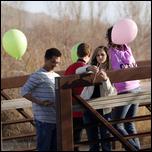 Anne Kasprzak, whose body was pulled out of the Jordan River Sunday night, was a typical teenager.

The girl's stepmother, Jennifer Kasprzak, said Monday the family believed Anne had just gone for a walk that night but began to worry when she didn't answer her phone or respond to text messages.

According to a police report written at 11:18 p.m. on March 10, Anne's mother "was able to enable a GPS locator on Anne's phone." The locator was able to place the phone at a certain location. That location was redacted from the police report.

Later, the GPS locator placed the phone between two locations, which were also redacted from the report. Additional police units were sent to that area to search for Anne but officers did not find her.

Anne's name was dispatched to all surrounding agencies in the Salt Lake Valley and she was also listed as a "runaway juvenile" on NCIC, a national database that all police agencies can access.

Investigators have not said why they believe Anne ran away from home other than that was how it was originally reported to police.

Family members said they searched into the early morning hours of March 11 for Anne.

One of her sneakers, with blood on it, was later found on a pedestrian bridge near 12600 South just off the Jordan Parkway. Her body was discovered farther down in the river.

While Anne had her ups and downs and rebellious streaks like any teenager, Kasprzak-Bratcher said her daughter was just an average teen who was a good girl and did not smoke or drink alcohol.