SALT LAKE CITY — A culture clash reminiscent of many in American history is surfacing here as Latino immigrants find they have new competition for service-sector jobs.

Today's competition affecting the Latino community comes from refugees, about 1,100 of whom will arrive in Utah during the year, mostly from southeast Asia and Africa. The new arrivals join a population of about 25,000 in Salt Lake County whose journey here began with refugee status. 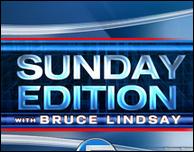 Each year more than one thousand people from around the world are relocated to Utah, in order to escape violence and persecution in their own countries. They are refugees.

Reported jitters among the Latino workforce at the Grand America Hotel, for example, has brought to light some of the angst the Latinos have with refugees. Tony Yapias, director of immigrant activist group Proyecto Latino de Utah, said housekeeping workers at the hotel say they are getting letters from Immigration and Customs Enforcement with requests for more documentation about their residency status.

The workers' concern is they won't be able to satisfy requirements of the new federal E-Verify system, which allows businesses to determine the eligibility of their employees to work in the United States, and they will loose their jobs to refugees.

Neither the hotel nor immigration officials are talking about potential job actions, and the hotel turned down a request to talk about the challenges of managing a workforce of both Hispanic immigrants and refugees from other parts of the world.

Regardless of the hotel involved, the clash is nothing new in American society nor to potential employers who work with both groups. And no hotel wants to be singled out as the focal point of the debate, said Michael Johnson, executive director of the Utah Hotel and Lodging Association.

"I don't know whether any hotels have found a difference between (the two groups) as workers, but I think hotels would, at this point, be likely to hire a refugee and very unlikely to hire somebody who's illegal," Johnson said. "The demographic has changed."

I don't know whether any hotels have found a difference between (the two groups) as workers, but I think hotels would, at this point, be likely to hire a refugee and very unlikely to hire somebody who's illegal.

One of the significant differences between the Latino immigrant and refugee populations is that each refugee — placed in Utah with the involvement of international relief organizations and the State Department — arrives here with short-term financial and health benefits, a case worker and permission to work.

"They have papers. They have Medicaid and everything else," Yapias said of the refugee community. The only government involvement the Latino immigrants have is Immigration and Customs Enforcement, he said, which is seen as a community-wide threat, not a help. "The only resource (the Latino) has is contact with a friend or a family member."

The current focus on immigration has Latinos under a spotlight. "As hotels have engaged in E-Verify and other requirements, it's taken one major block of potential employees off the table," said Johnson, whose organization includes about 200 hotels in Utah.

"So the refugee population becomes even more valuable as potential employees," he said. "Refugees probably get snapped up about as quickly as they're available in the service sector, not just by hotels."

Gerald Brown, state coordinator for refugee resettlement with the Department of Workforce Services, said the hard feelings in the Latino community toward refugees stem from their being here longer and entrenched in service-sector jobs.

"It's very uncomfortable to work for refugees and know that sometimes they displace these folks," he said. "But I'm also not in a position to pass up jobs that are available."

One challenge is that a sizable segment of the Hispanic population is trapped in the immigration debate, unable to move up the economic ladder and make room for the refugee population "to move in and take that bottom-rung position" in the job market, Johnson said.

Brown said that both groups are immigrants — just not on equal footing. He said he would like to see his office expand to offer Latino immigrants the services now offered to refugees. "To do it right you have to think about both groups. You have to plan for it. Hopefully in three or four years from now the office I work for will change names and things will improve."