SALT LAKE CITY — Earlier this week, Utah Attorney General Mark Shurtleff announced that he is cancer-free, and now he's sharing more about how truly awful the battle was for him. He says he now understands why some people use medical marijuana.

Shurtleff shared his experience on Thursday morning's "Doug Wright Show." He said he was so sick while undergoing chemotherapy he couldn't keep anything down. 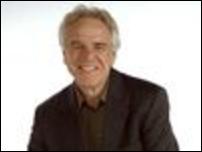 Click on the link above to listen to Attorney General Mark Shurtleff's full interview on Thursday's "Doug Wright Show."

"It's kind of like having the flu because you ache all over. But it's worse than that," Shurtleff said. "It's just a horrible, nasty; you're being poisoned. Everything feels awful."

Someone suggested Shurtleff try marijuana to alleviate the pain. While he did not take that advice, he says he now knows why people would use marijuana for medical purposes.

At this point, the attorney general said he's not proposing legalization of the drug for medical purposes because he has talked to people in other states where it isn't very well controlled and becomes sort of a free for all.

Legalizing medicinal marijuana would require action by the Utah Legislature and a legislator willing to carry a bill. Shurtleff didn't rule out approaching a lawmaker with a proposal of his own after further study.

Christensen said the notion might be "kicked around in a lot of places. Utah is not one of those places."

Written by Mary Richards with contributions from Dennis Romboy.