SALT LAKE CITY -- KSL Television's decision to not air the NBC program, the Playboy Club, is based partly on the station's concern the program would create a conflict with our public affairs campaign, "Out in the Light."

That campaign is part of a community-wide effort to educate people on the harmful effects of sexually-explicit material. A partner in that campaign is the Utah Coalition Against Pornography, which said it supports KSL's programming decision.

The people I work with in the coalition against pornography have been very concerned for many years over the large amount of sexually-explicit material that is available through almost every form of media.

On television, in movie theaters, in music, on the internet, virtually everywhere - you can find an outlet for material which we find pornographic, or at least, objectionable. There is a growing body of research that shows exposure to such material indeed leads to many personal and social problems. 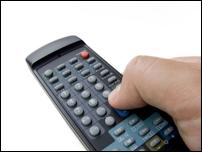 KSL Television has informed the NBC Network that the station will not carry the program, the Playboy Club, scheduled to begin on NBC in September.

Pornography addiction is a real phenomenon. In a national survey, 47 percent of people reported that pornography has had an impact on their families. In another poll here in Utah, 54 percent of women living along the Wasatch Front said they personally know someone who has a problem with pornography.

The members of our coalition have become familiar with many individual cases of broken marriages and shattered family relationships, even people whose professional careers have been harmed by behavior associated with viewing pornography.

It is a problem that transcends cultural attitudes or religious beliefs. Our coalition sees it as an issue of public health.

I am pleased that KSL has recognized the potential impact of its own programming on this problem, and has taken measures to address it. We believe it is consistent with our joint mission to offer educational and therapeutic resources to our community to deal with a problem that might be difficult to confront, but cannot be ignored.