SALT LAKE CITY -- Jon Huntsman Jr. will step down as the United States ambassador to China on April 30, presumably to explore a presidential bid. Primary elections are a year away and Huntsman has a lot of work to do to be competitive.

In Beijing earlier this month, at the U.S. ambassador's personal residence, Jon Huntsman told KSL News he and his family haven't yet made any decisions. But he called public service exhilarating and something he wants to do again.

"It's about America," Huntsman said. "It's about doing what's right for country. I've felt that from day one."

In a potentially wide field of GOP contenders for president of the United States, his time in China will stand out. That's according to Lew Cramer, CEO of the World Trade Center Utah, who served both the Reagan and first Bush administrations.

"He's a diplomat. He knows how to work with people," Cramer said. "He has a worldview that very few of the other candidates can match."

International trade expert Tim Stratford agrees with Cramer. "I think it's been a great experience for him, and he's done the job well," Stratford said.

While Huntsman's impressive background seems to shine in the modern global economy, some say the political climate this election cycle is not in Huntsman's favor. 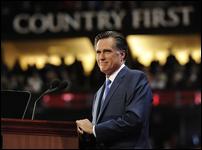 Romney's Mormonism may not be an issue

For Mitt Romney to make a successful run for president in 2012, he will most likely not have to defend his Mormon religion.

One of the most defeating blows to Huntsman's chances is the lack of support from Utahns. A Deseret News/KSL poll completed in February found that 56 percent of Utahns would pick Romney for president, while just 26 percent would choose Huntsman if the two went head-to-head. Without support from the state he ran for over five years, it would be a steep uphill battle for Huntsman.

Utah senator Orrin Hatch has even stated that he would support Romney over Huntsman in the 2012 election.

"Even though I am very close to the Huntsman family and like Jon Jr. very much they know that I've been committed to Mitt," Hatch said. "I can't change that commitment. My commitments mean something."

Real Salt Lake owner Dave Checketts was once in consideration for the job of 2002 Olympic chief along with both men — a job Romney ultimately won. He says he'll keep his preferences to himself.

"I think it will be a great story, nationally," Checketts said. "Both these guys have similar backgrounds. They're both connected to Utah. They're both extraordinary leaders, and either one of them would make a great president — and we'll all make our choices accordingly."

If Huntsman gets in, his chances will depend on which other candidates run and what issues emerge as key.

Get a behind the scenes look at Jon Huntsman's home in China with his wife, Mary Kaye, and the children tonight on KSL 5 News at 10.

The problem of name recognitionBut Huntsman's larger challenge may be that although he is more well known now than he was when he served as governor of Utah, he still does not have the national name recognition that he needs to make a solid run for president.

In a recent TIMES online poll that asked who is most influential, Huntsman placed 137th. Republican presidential hopefuls Mitt Romney (62nd), Michele Bachmann (45th), Ron Paul (14th) and Sarah Palin (24th) were also included in the poll. It is a good sign that Huntsman is even included, but it also shows that he will need to work harder to get the notoriety he needs to be a successful candidate.

It would not be surprising if Huntsman is working to set himself up as a viable candidate for the 2016 elections. As the ambassador to China he could not get involved in American politics. Now that he will step down, he can work to show where his loyalties lie and show the value behind his support and fundraising ability for other candidates.

Story written with contributions from Matt Hopkins and John Daley.