SALT LAKE CITY -- Drug dealing in Utah is at a dangerous level of sophistication. Utah law enforcement officers say they're alarmed at how cheap heroin has become and the savvy way it's been marketed to a younger and younger clientele.

Police say they've seen kids as young as 13 and 14 addicted to heroin, a drug that costs significantly less than its prescription counterpart OxyContin and can be cheaper than marijuana or spice.

Nothing about the fight against heroin is fair when you consider the relationships it destroys and the things people find themselves doing to afford their next fix; and now, there's the slick marketing and delivery techniques used by dealers. 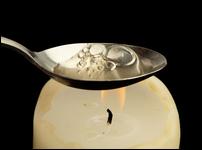 As the rate of heroin use among teenagers increases across the country, Utah drug experts and parents are boosting their efforts to spread the message of how dangerous the drug can be.

According to Sandy police, the system along the Wasatch Front makes getting drugs easy as ever. A buyer calls a dispatcher who, in turn, sets up a meeting with a runner. Those runners are supplied by re-uppers throughout the day. In the end, a buyer can pick up heroin at a location near them within 20 minutes.

"Almost like the police do, you tell us where you are, where you need to help, and we'll go to you. They've taken that and molded it into, unfortunately, a criminal element," Sgt. Arnold said.

The trend of teen addicts has become a nationwide problem. In the Washington towns of Stanwood and Camano Island, 42 students are currently being treated for heroin addiction.

"We are seeing school-age children involved in heroin use," Cottonwood Heights police officer Beau Babka told KSL Newsradio Wednesday. "The supply, demand, the price all add up to unfortunate disaster."

Police are seeing varying degrees of heroin use in schools, though they say it is not up significantly.

"I guess we could theorize a little bit and maybe make an assumption that some of those that use heroin aren't the ones that are attending high school," Unified police Lt. Don Hutson said.

The problem still exists. Babka says he gets e-mails from parents a couple times a week about their kids using heroin.

Ogden, Salt Lake City and Provo police say the drug has been showing up more on the streets in recent years.

The price is cheap -- sometimes as low as $5. Some dealers also offer incentives -- buy 10 balloons and get one free. An 80 mg OxyContin pill has a street value of $80 to $110, Utah County Health Department substance abuse division director Richard Nance said.

Nance says OxyContin and other prescription opiates are often "gateway" drugs that lead to heroin use. First, a doctor may cut off an OxyContin addict's prescription, then the money runs out buying the pills on the street, and then a dealer is quick to offer the cheaper heroin.

Users of marijuana or spice are far less likely to move on to heroin.

Nance's division has seen a modest increase in the percentage of treatment admissions the past five years that are related to heroin: from 17 percent to 19 percent. In the same time frame, the percentage of patients treated for prescription opiate addiction has remained constant at 12 percent. Meth admissions were 28 percent of the total five years ago; now they are also 12 percent.

Nance says for some unknown reason a rise in stimulant abuse often is followed by an increase in depressant abuse. He told KSL there had been "quite a few" admissions in recent years for meth that had relapsed on heroin. Nance says greater heroin problems exist elsewhere.

"Yes we have a heroin problem, but it's not anything like Baltimore, Maryland," Nance said. "They have a much worse problem than anything in Utah. It's all relative."

Cheap, quick and convenient -- not a fair fight at all.

So what are police doing to stop it? Police say a comprehensive approach is key to reducing meth.

Sandy police say all jurisdictional boundaries are off. They're cooperating like never before, going on busts and stakeouts together.

Compiled with contributions from Andrew Adams and Sarah Dallof.