What is... No Child Left Behind?
No Child Left Behind (NCLB), federal legislation passed in 2001, requires all states to measure each public school's and district's achievement and establish annual achievement targets. States are to develop assessments in basic skills to be given to all students in certain grades, if those states are to receive federal funding for schools. There is no national achievement standard; standards are set by the individual state. Each year, the state will calculate a school or district's Adequate Yearly Progress (AYP) to determine if students are improving their performance based on the annual targets. The goal is for all students to meet or exceed standards in reading and math by 2014.

We should point out this is only one snapshot of data.

Two years ago, East Midvale Elementary School found itself in a similar situation with failing test scores. But by forming successful partnerships, this school turned things around.

"There were so many different things, and things were not aligned in one common goal," says Principal Sally Sansom.

An accountability system mandated by the No Child Left Behind Act requires that all schools make adequate yearly progress to determine if students are improving their performance. East Midvale was on a sort of "probation."

"At first that's a very discouraging thing to happen, but I believe it's the best thing to have happen to us because it brought us together as a school and a faculty," Sansom says.

The school created partnerships to set a common goal of student success. 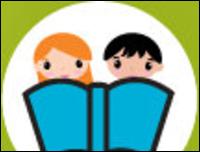 Children's reading initiative program for the State of Utah.

"This was something that we were capable of, that our students were capable of. We think it was, first, that belief that every child can learn," Sansom says.

They formed an "action team" -- which included parents, school staff and community leaders -- to set the framework for student learning.

"Being able to come to the school and have those opportunities where parents feel empowered is key," says PTA member Karen Wadley.

The school's Family Literacy Center offers one-on-one time with teachers. Parents can also use the library with computers.

The school also offers day care and parenting classes so parents can extend their kids' learning at home.

"Ultimately, parents share responsibility for teaching their children, and the school supports that," Wadley says.