SANDY -- The appetite for the "Twilight" franchise in Utah is stronger than ever. Thousands flocked to see the third installment, "The Twilight Saga: Eclipse," and you can imagine the reviews from fans so far.

One fan said, "It was awesome! It was intense." 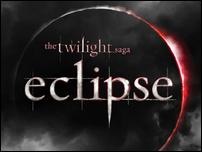 Danger once again surrounds Bella as a string of mysterious killings terrorize Seattle and a malicious vampire continues her infernal quest for revenge.

"They definitely got as close to the book as they could, I think," said another fan.

"If you have any interest in it at all, I'd come and see it because it's really good," said another fan.

Utah's "Twilight" mania is manifested through box office sales. Utah led the pack in "Twilight" moviegoers for the last installment "New Moon," and local theater officials expect the third installment will be a huge moneymaker as well.

On opening night, Megaplex 20 at The District and Megaplex 17 at Jordan Commons finished first and second nationally in attendance and ticket sales.

In all, "Eclipse" took in more than $30 million from midnight screenings -- surpassing the previous midnight record of $26 million set by its predecessor "New Moon" last November.

The fandemonium for the film's release actually started several hours before the much-anticipated midnight showing.

"It's just so fun to be in on the excitement," said fan Emily Dzilatlik. "Everyone loves vampires."

But is it vampires or is it werewolves that draws most into the teen phenomenon?

At the Jordan Common's Twilight Eclipse premier party Tuesday night, it was both.

"They think Edward is hot, I think Jacob is hot," said Alyssa Cannon and Caroline McCleery.

"He's just got the abs and he is so hot," another fan gushes about Jacob.

At Jordan Commons' midnight showing, more than 15,000 turned out. The theater even had a Jacob lookalike on hand for those diehard fans.

At the Gateway, over 7,000 people stayed up late to see the on-screen love triangle between Edward, Jacob and Bella.

They said they weren't disappointed.

"It was awesome," one moviegoer said. "It was the best one yet."