SALT LAKE CITY -- Security analysts say full-body scanners could have helped prevent a Nigerian man from taking explosives onto a plane last week, but a Utah congressman who opposes the scanners isn't backing down.

Rep. Jason Chaffetz, R-Utah, has pushed for legislation to limit the use of full-body imaging machines at airports. He says his opinion has not changed following Friday's attempted terrorist attack.

"I still maintain that doing this for primary, mandatory screening for every individual is just a little too invasive," Chaffetz says.

The congressman is sponsoring a bill that would prohibit using the scanners to detect weapons or explosives. But his bill does allow the scanners to be used if a passenger is considered a possible threat, as Umar Farouk Abdumutallab was. 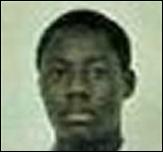 A Nigerian official says the man accused of trying to bring down a U.S. airliner bought his ticket with cash in Ghana eight days before the flight departed Nigeria.

"If ever there was a candidate to go through the imaging machine, it was this guy, this suspect," Chaffetz says.

Some experts, including former Homeland Security Secretary Michael Chertoff, say the nation should be expanding the use of body scanners.

Chaffetz says, "We have to find the proper balance between the needs to secure an airplane and the needs to maintain our personal privacy, and that's a difficult equation."

"I want to be a big champion for technology that can be less invasive but even more effective than what we currently have," Chaffetz continued. "And that technology is out there."

During this busy holiday travel season at Salt Lake's airport, people are mixed about using the whole-body scanner. Some people are unsure.

"They kind of, like, can see everything," says airline passenger Michaela Kettle. "You don't really have any privacy."

But many, in light of last week's threat, feel the device might be worth it if it stops a terrorist threat.

"I think they're a little intimidating when you walk up to them; but if it's for the safety of the passengers, I'm all for it," says airline passenger Kathleen Ruth.

Chaffetz proposal to ban airport screeners from using the machines passed the House earlier this year but stalled in the Senate.

The machines scan a person and create an electronic image to assist in detecting weapons or explosives. They use radio waves to peer through clothing. Salt Lake International is one of six test airports for the body scanner around the nation.

Umar Farouk Abdulmutallab, 23, has been charged in federal court with trying to detonate an explosive device on a Northwest Airlines flight from Amsterdam to Detroit on Dec. 25. The device burst into flames instead, according to authorities, and Abdulmutallab was subdued by passengers. The plane landed safely.

Story compiled with contributions from Richard Piatt, Randall Jeppesen and The Associated Press.