The Wildcats (20-9) advanced to play Montana in the championship game Wednesday night despite one of their worst shooting nights of the season, going 20-for-60 from the floor. The Wildcats also struggled from the foul line and had a difficult time pulling away from the pesky Vikings (13-19), who won the last two Big Sky tournament titles. 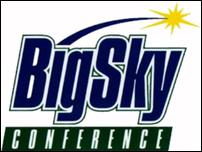 If you're a MWC, WAC or Big Sky fan, we've got you covered. Follow KSL.com as we keep you up to date with coverage of the conference tournaments in Reno, Ogden and Las Vegas.

Dominic Waters had 19 points to lead the Vikings before fouling out with 23 seconds to play. He was one of four Portland State players to foul out.

The Vikings finally ran out of players and time, but they did keep the game close by frustrating the Wildcats with defense and some amazing shots. Portland State made 6-of-18 3-pointers and Waters somehow banked in a shot in the second half with Weber State's Darin Mahoney arm-hugging the ball until it left his hands.

Julius Thomas finished with 18 points and 11 rebounds for the Vikings.

The Vikings pushed Weber State the entire game and the Wildcats hurt themselves by going just 22-for-31 from the foul line before finally clinching their 20th win of the season. It's the third time in coach Randy Rahe's four seasons at Weber State that the Wildcats have won 20 games or more.

Portland State opened up the second half with a 9-2 run to tie the game at 35. Weber State went up by one on a foul shot by Hughey, then Lillard broke a long shooting drought for the Wildcats with a 3-pointer with about 13:15 left in the game. Lillard had a look of satisfaction as he backed up on defense after hitting the shot from in front of his own bench.

The Wildcats quickly added to the lead with a layup by Hughey, but the Vikings always kept the game from getting too far away and had chances to win it until the final minute.