SALT LAKE CITY -- Holiday sales numbers arrived Monday. They came as a late gift for retailers across the country and here in Utah. Though sales rose about 3 percent over last year, economists still expect slow growth.

The all-important numbers mean we won't see a repeat of last year's disaster: the worst holiday shopping season in decades. But if you're out of work, a local economist says you're still waiting for your good news.

"We're not going to be back to where we were, in terms of employment levels in Utah, for maybe two to three years," says Jeff Thredgold, economist for Zions Bank. 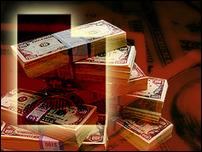 Economists are predicting a dark decade ahead, both for the unemployed and for those who have jobs and are hoping for pay raises.

Despite that outlook, strong Black Friday and day-after-Christmas sales kept many Utah merchants out of the red this season.

"Electronics were up a bit, and jewelry was up a bit as well," says Dave Davis, with the Utah Retail Merchants Association.

"It's probably the busiest sales day that we've ever had in the store," says Linda Mortensen, who works for Downeast Outfitters.

Another thing expected to boost after holiday sales is folks redeeming gift cards; stores usually don't count those as sales until they've been redeemed. But retailers say they need to see continued growth.

"This is a sign of things to come, I think; and we're very positive about next year," says Jeanne Phillips, with Bloomingsales.

While confidence levels remain shaky, Thredgold says they are clearly better than a year ago.

"The U.S. economy, while it's not gangbusters, it's not in freefall like it was a year ago," he says.

He expects modest growth in 2010, but little confidence from consumers and businesses.

Thredgold expects Utah to emerge from the recession in the middle of next year. And while Utah's unemployment rate of 6 percent is better than the national rate of 10 percent, it's still twice as high as it was 18 months ago.

Meantime, many of the unemployed are headed back to college. Census data show college graduates earn 80 percent to 90 percent more than those with only high school diplomas. "Education pays," Thredgold says. "It's worth more than ever before, and that will continue to be true down the line."

While it may take two to three years for job levels to come back in Utah, Thredgold believes it could take twice as long nationally.

Story compiled with contributions from Jed Boal and Amanda Butterfield.