Not done yet: BYU adds to QB room with JUCO standout Jake Retzlaff 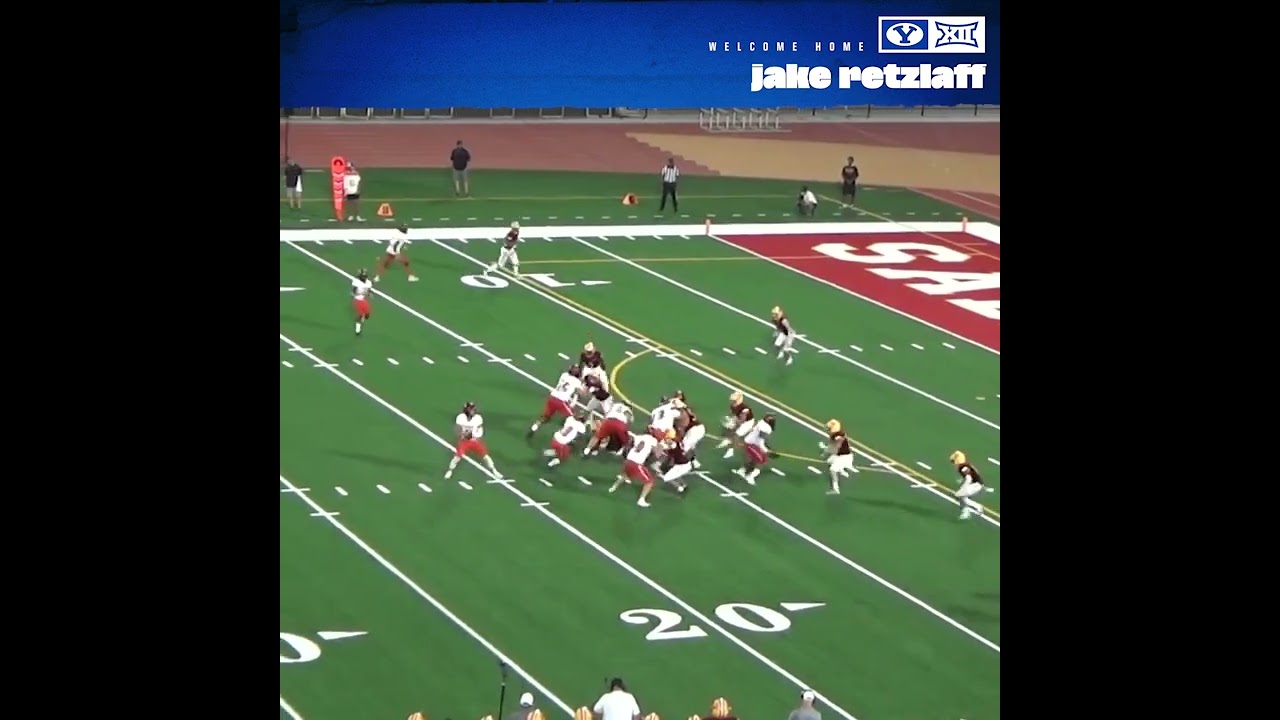 The Cougars added another quarterback to the Class of 2023 in Jake Retzlaff, a 6-foot-2, 200-pound passer from Riverside Community College who threw for 4,596 yards and 44 touchdowns last year, the two sides announced concurrently on social media.

Retzlaff was the No. 1-rated junior college quarterback in 2023 by ESPN, which rated him No. 46 overall, in a year where he also ran for 515 yards and six scores en route to the California Community College state championship game, a 12-1 record and All-California JUCO first-team offensive honors.

The Corona, Californa, native from Centennial High who had his senior season canceled by the COVID-19 pandemic in 2020 started his career at Golden West College, where he threw for 3,302 yards and 23 touchdowns, ran for 380 yards and nine scores, and led the Rustlers to the Souther League title with an 11-1 record as a freshman.

"He's a really exciting player, a great athlete, and a playmaker who can throw the ball from a lot of different arm angles," BYU offensive coordinator Aaron Roderick said. "He's one of the most productive junior college quarterbacks in the country in recent memory."

Prior to the pandemic shuttering California high school sports in the fall of 2020, Retzlaff completed 55% of his passes for 1,067 yards and eight touchdowns, running for three more, before opting for the junior college route with a year at Golden West College.

But the gunslinger transferred to link up with his brother, Reggie, a sophomore wide receiver for the Tigers, a year later to help the team compete for a second JUCO state title in three years. Reggie Retzlaff, a 6-foot-3, 215-pound wide receiver, averaged 96.8 yards per game for 1,258 yards and 19 touchdowns as a sophomore for the Tigers.

"He is one of the best quarterbacks I've had (at Centennial)," coach Matt Logan told the Press-Enterprise. "He's such a smart player. He really loves the game of football and loves to study it. He's pretty awesome, and now (Riverside) has got the brother connection going."

Retzlaff's Riverside career started with a bang when he threw for a school-record 529 yards and six touchdowns in a 59-36 win over Mount San Jacinto College while connecting with 11 different targets. He threw five touchdown passes a week later against Long Beach and added another monster game of 499 yards and four touchdowns over his former team Golden West — all before the Tigers had ended the month of September.

#1 juco receiver in the nation with the stats to prove it. 10-0 regular season highlights https://t.co/OYYOqY5c1Upic.twitter.com/G37MvsOc4k

Retzlaff joins a 2023 recruiting class at BYU that also includes Pitt transfer Kedon Slovis and former Springville High quarterback Ryder Burton. The Cougars are also set to enroll former Corner Canyon standout Cole Hagen as a walk-on transfer from Yale to fill out a quarterback room following the departures of Jaren Hall to the NFL draft and Jacob Conover to Arizona State.