With Keenan Pili's return, how deep can BYU linebackers be in 2022? 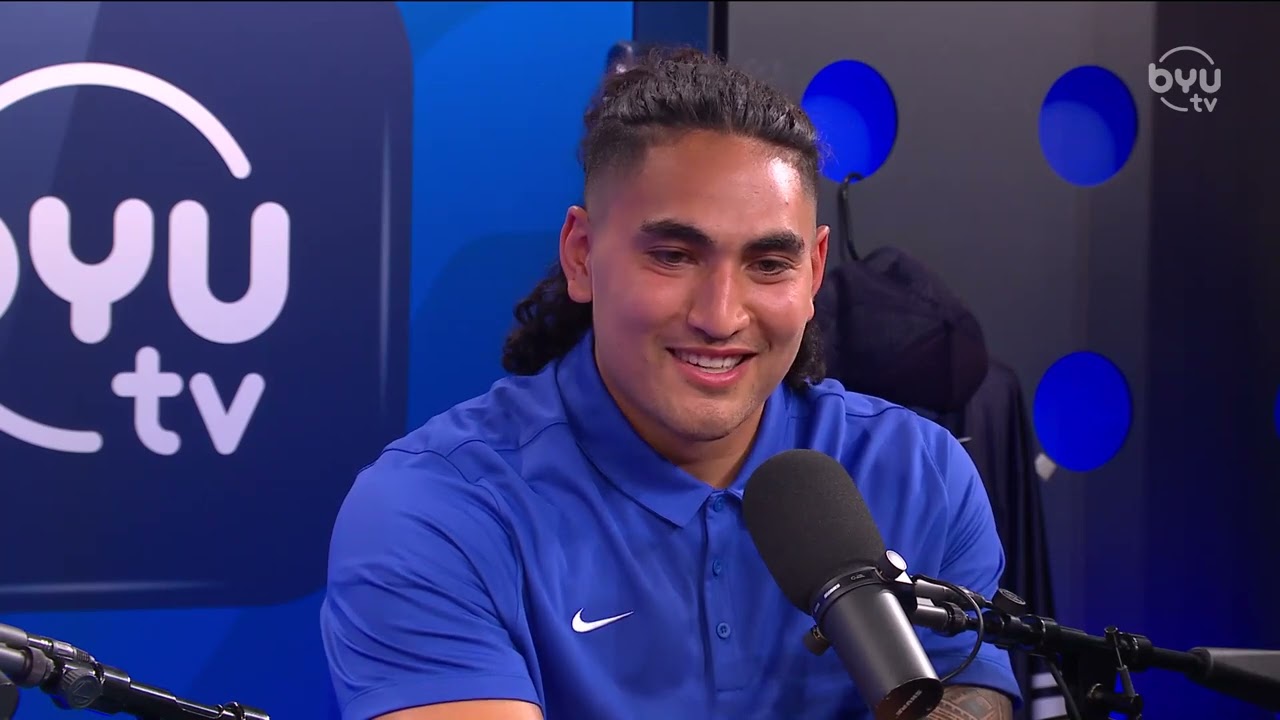 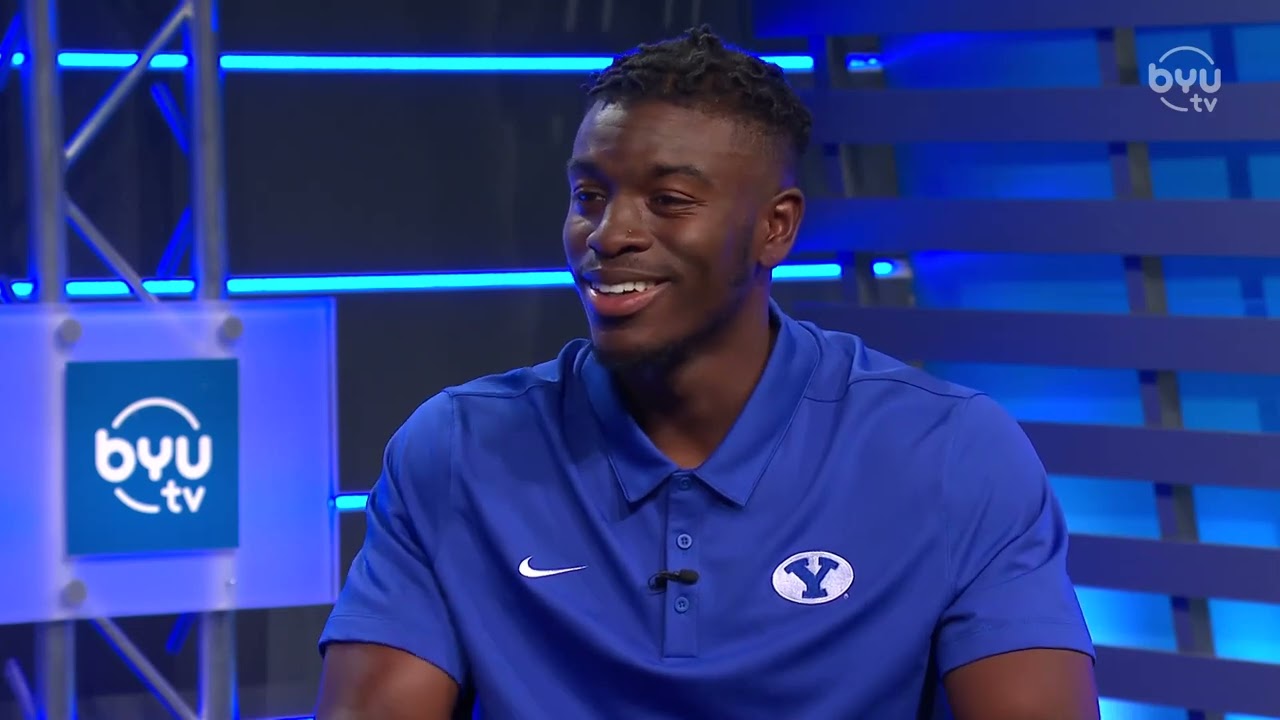 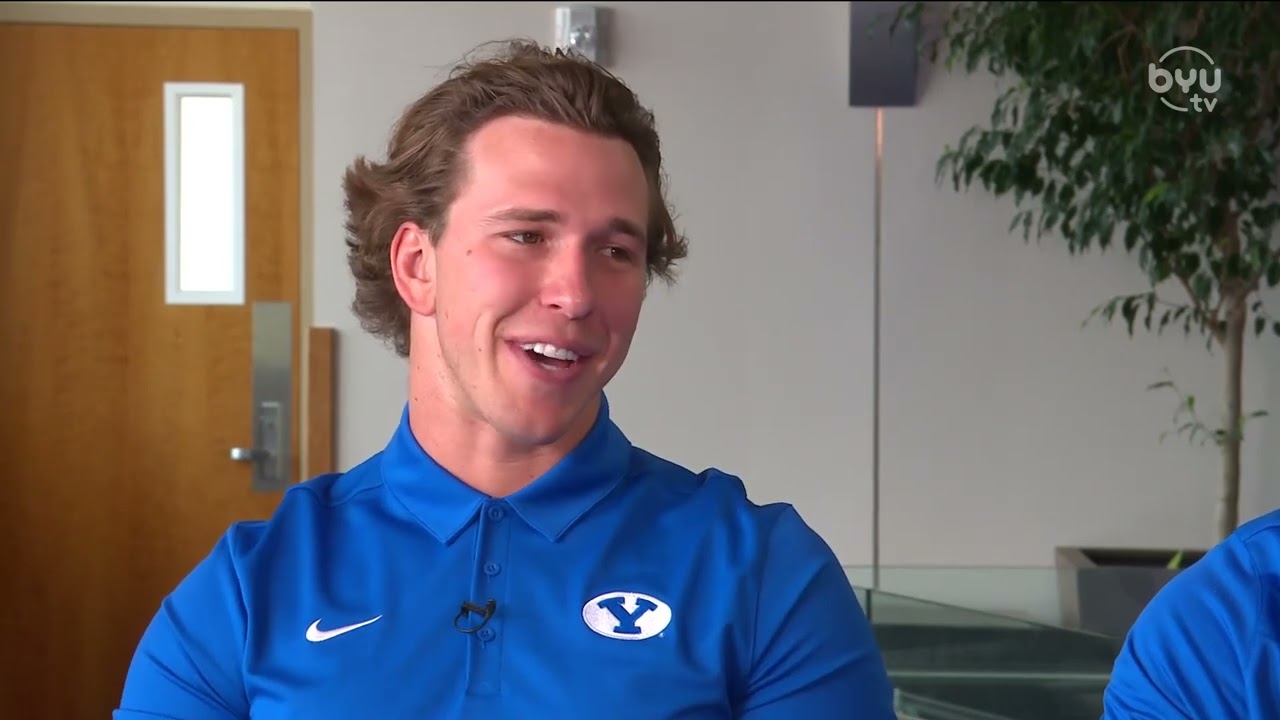 PROVO — In a lot of ways, the injury was the easy part.

BYU linebacker Keenan Pili can still recall the hit he took against Arizona State that caused the torn anterior cruciate ligament in his knee last season, the all-too familiar "pop" that every athlete hears when they know something bad happened.

He can still recall the pain, and then hobbling back on to the field with street clothes and crutches to watch his team pull out a 27-17 win over the Sun Devils that vaulted the Cougars to No. 15 in the Associated Press Top 25. The Timpview High graduate also remembers the way his team rallied around him, for him, and for each other when the severity of the injury was revealed en route to a 10-3 campaign and a second-straight top 25 finish for the first time in the program's independence era.

Pili was proud of his teammates, proud of his squad, and proud of the moment. But watching them have to go through all but the first three games of the year without their starting middle linebacker and top tackler, the guy who had 31 tackles in three games including a career-best 17 in the season-opening win over Arizona?

Yeah, that probably hurt the most.

"The injury itself was almost easy; it just happened," Pili told KSL.com during the Cougars' annual football media day in June. "But there were so many strings attached, watching the boys play, having to deal with a leg that doesn't want to work; those who have been injured knows what it's like. But we overcome it, and I've had a lot of people support.

"It's been difficult, but I can't say it's been the hardest thing in my life, either. I know I've been able to figure it out, and I'mg grateful for the great guys in the room to handle it."

Which may explain why, when asked how he's feeling, how healthy he is, what "percentage" he feels about being playing for the upcoming season, he always responds emphatically: 100%. Enough to suit up and start when the Cougars open the 2022 season — their final one as an FBS independent before joining the Big 12 — Sept. 3 against South Florida?

Maybe. Maybe not. But the Chuck Bednarik watchlist award nominee will give everything he can to be there, in some capacity, as the Cougars reported to fall camp Wednesday ahead of Thursday's first practice.

As soon as the team doctors told him he was one week from the all-important nine-month mark of recovery, one week from returning to fitness activities, one week from adding the workouts to his rehab and starting the long road back to the football field, Pili was animated. He knows the road back will be long and hard. He knows one doesn't go from injured to working out to starting at middle linebacker in a Division I college football game overnight.

But to have that go-ahead from the medical staff? That was all he needed.

"It's a confidence booster," Pili said. "With every injury, you need that extra confidence to come back. The doctor saying I'm good to go is a milestone for me. It means I've made nine months, and let's go."

Pili wasn't the only BYU defensive player injured last year — he wasn't even the only linebacker, after fellow starter Payton Wilgar missed three games with injuries that eventually led to double labrum surgeries in both shoulders.

And if there was one bright spot to the injuries, one that nobody really talks about because of the nature of the injuries but that everybody knows, it was the experience. BYU has the most experienced team returning in college football, according to ESPN's SP+, and at least one starter returning in all 11 positions.

Phil Steele projects the Cougars to allow 23.4 points and 337 yards per game, a similar mark to last season in giving up 389 yards and 24.8 points. Pili will be a big part of that, as will Wilgar, Ben Bywater, Max Tooley, Pepe Tanuvasa and Chaz Ah You, who has shifted from his safety role and cemented himself at flash linebacker at 6-foot-2 and 212 pounds.

Wilgar, too, knows a thing or two about adversity.

In the same year he tallied 56 tackles while floating across three different linebacker spots, Wilgar and his wife Krissy also took in his brother's three children via adoption, which was movingly told in a "Deep Blue" by BYUtv last fall.

Now the proud father of a baby boy, Wilgar is also recovering from two separate surgeries to each of his labra in the offseason while pondering if his fifth season of college football will be the last for the redshirt junior. After breaking out for 56 tackles and six tackles for loss in 10 games a year ago, Wilgar may face the kind of decision that comes with interest from NFL scouts — a good kind of decision.

"I'm preparing like that; my mentality is to go out and ball out, stay healthy, and take the next step," the 6-foot-3, 235-pound rover linebacker said. "But at the same time, I'm not counting anything out.

"Depending on where I'm at come the end of the year, and what's best for me and my family, I'll decide when that time comes."

Still, with all due respect to Wilgar and the rest of the linebackers, ask anyone who is the heart of the linebacker core — one that forced 11 interceptions last year — and they'll tell you: it's Pili. Even the former Dixie High standout and converted walk-on admits there was something different about preparing for the absence of Pili when he first went down.

"It's tough; Keenan was a phenomenal player, and having him in there made everyone's job easier," said Wilgar, whose father Dana played for BYU from 1973-76. "But when he went down, we had to sacrifice where you might want to play for where you need to play, because it's better for the defense.

"It grows your game a lot, having to change and adapt to something you aren't used to. We'd love to play with just 11 guys, but when you have to move around, it definitely grows your game and allows you to be better."

And perhaps the scariest thing about Pili, per linebackers coach Kevin Clune? He has another step forward to take, one even before he could be the next BYU linebacker in the NFL, joining a list that includes most recently Fred Warner, Sione Takitaki and others.

Keenan Pili only has one setting

"He's a top-notch player; he's very heady in the film room, and I don't have to explain his corrections," Clune said. "When a clip comes up, he already knows. I don't coach him as much as just checking in.

"He's a ballplayer. He understands how to get after it, and it's tremendous working with him. I love that kid."

Good enough, even, that if Pili continues his current progression, Clune said he'll "definitely" hear his name called in the NFL Draft — whether it's next April or a year later.

"I would hope he's at least a second-day guy — at least," Clune said. "But who knows what intel they're doing and what they want. I just know he's got size, speed, brains. Off the field, he takes care of business. What else do you want?"

Pili's draft status isn't certain, but he does know a few things. He knows more about his body, its strengths and limitations after ACL surgery. He also knows more about his teammates, specifically that if he misses any time, there will be several players who can step into his role.

Most importantly, he knows those same teammates have his back, a group that has more talent than the usual starting three-man rotation can acquiesce.

"I think the competition is healthy," Pili said. "It's only promoting growth. At the end of the day, it's football; somebody's going to get injured, and we're going to need those guys to step up."