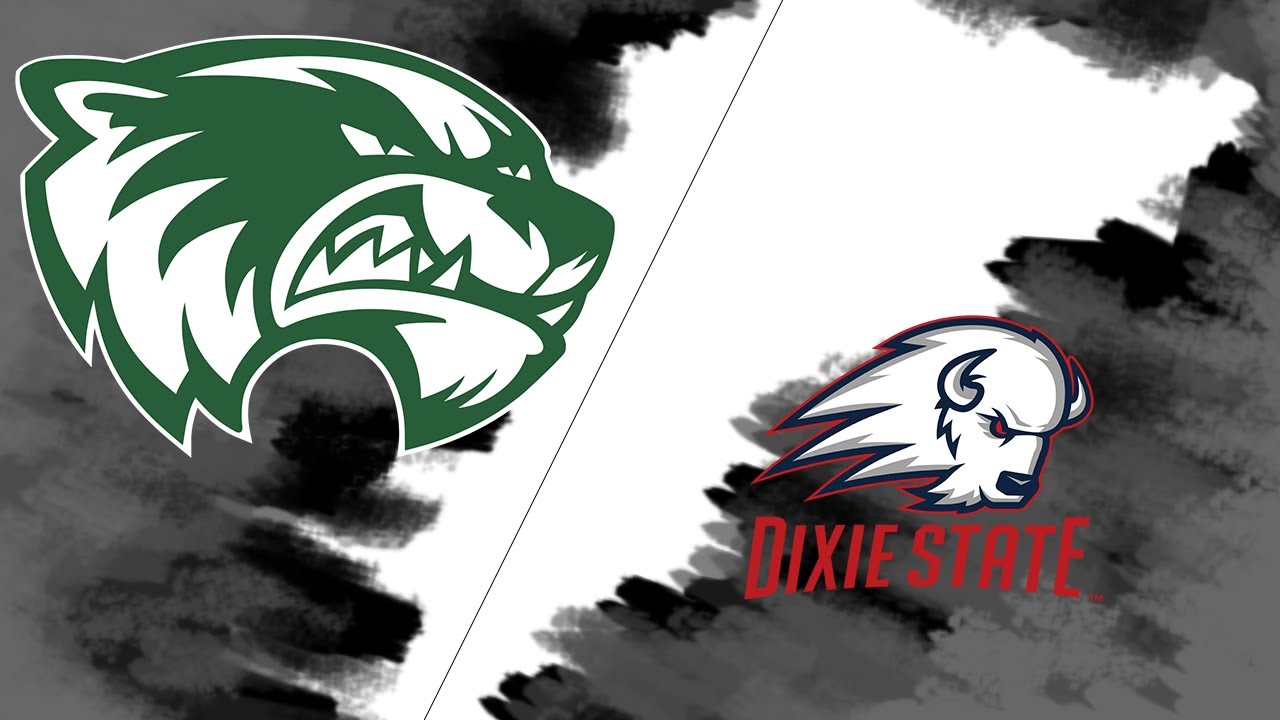 OREM — With a limited roster following injuries to key players like Trey Woodbury, Utah Valley continued its march through the Western Athletic Conference on Saturday afternoon at the UCCU Center.

Aimaq recorded his nation-best 13th double-double of the season with 20 points and 17 rebounds, and five players scored in double figures as Utah Valley rolled to a 79-71 win over in-state rival Dixie State at the UCCU Center.

Connor Harding scored 14 for the Wolverines, Tim Fuller added 12 points and Asa McCord supplied 11 points and four assists on a perfect 4-of-4 shooting performance for Utah Valley (11-4, 2-1 WAC), which jumped out to a 21-8 advantage and led by as much as 20 points in the first half in a game it never trailed.

"Good starts are big for us, because it tells you that guys are locked in and ready — on both sides of the ball," UVU coach Mark Madsen said. "When we come out with that pop, it gives us momentum, and that's who we are as a team. We need to keep the momentum up."

Blaze Nield had 13 points and a game-high six assists for the Wolverines, who shot 63% with seven 3-pointers, including two each from Nield and McCord, while outrebounding the Trailblazers 35-29.

Frank Staine led Dixie State with 15 points, and Isaiah Pope had 13 points, four rebounds and two assists. Jacob Nicolds added 12 points and four rebounds for the Trailblazers (7-9, 0-3 WAC), who lost their fourth game in a row.

Cameron Gooden supplied 11 points on 5-of-10 shooting for Dixie.

Thunderbirds postponed due to COVID-19

Saturday's scheduled Big Sky contest between Southern Utah and Northern Arizona was postponed due to COVID-19 protocols within the Lumberjacks' program.

The two teams will meet Monday, Jan. 31 instead. The Thunderbirds' postponed contest from Thursday against Portland State has been moved to Monday, Jan. 17. Tipoff times will be announced at a later date.

Weber State's men's basketball game scheduled for Saturday at Idaho State was postponed due to COVID-19 protocols within the Bengal program.

The Big Sky is working on rescheduling this contest, and a new game date will be announced at a later time.