Utah Utes running back Tavion Thomas (9) scores during to the Rose Bowl in Pasadena on Saturday, Jan. 1, 2022. Utah leads 35-21 at half. (Jeffrey D. Allred, Deseret News) 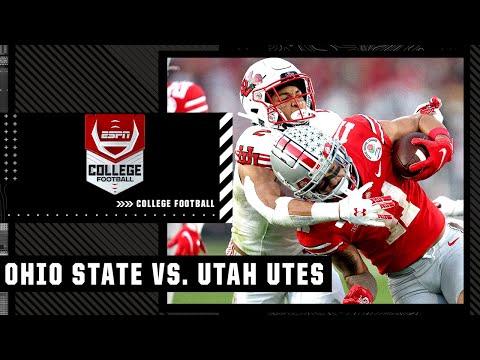 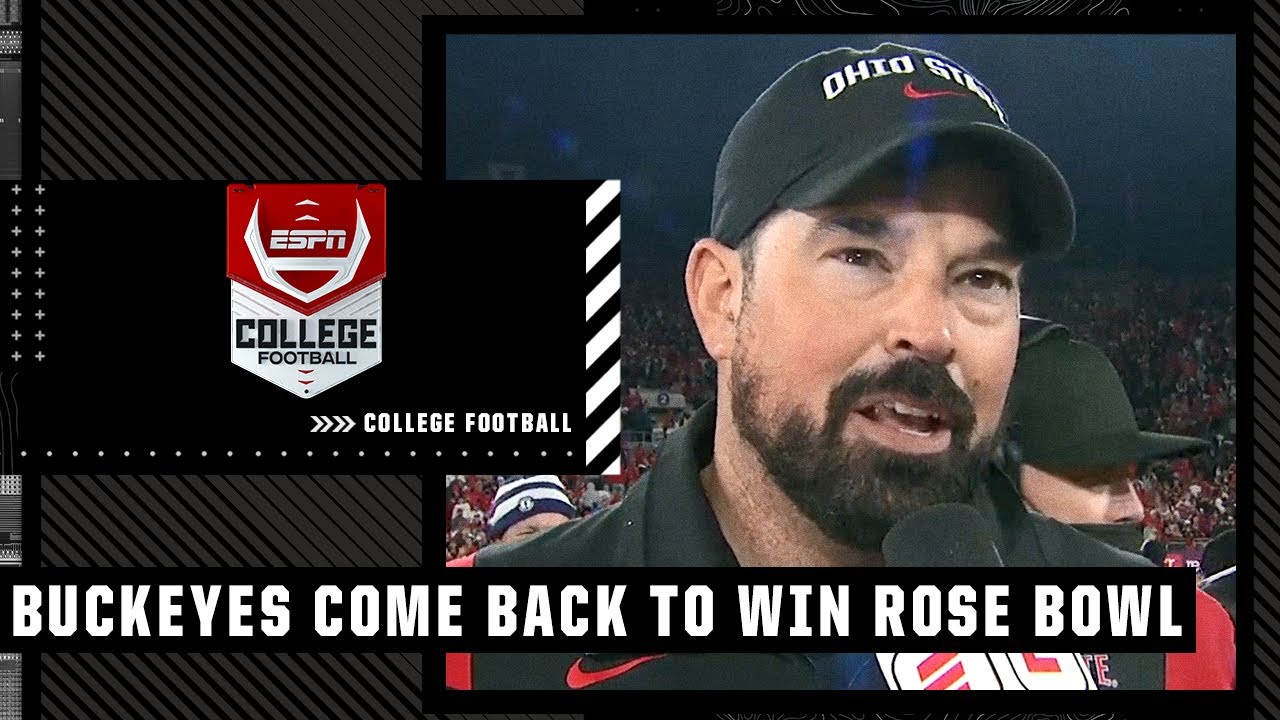 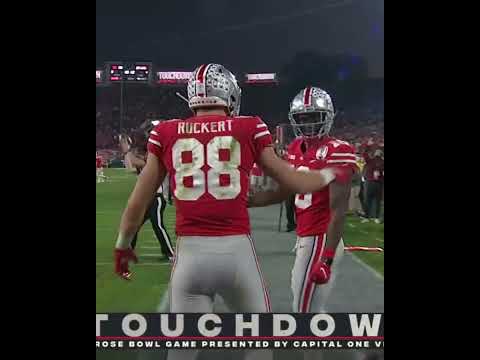 PASADENA, Calif. — No. 11 Utah started out its first Rose Bowl experience with a 14-0 lead over No. 6 Ohio State, and they needed every bit of those points Saturday night.

Ohio State tied up the game 38-38 with just over 10 minutes left to go in the fourth quarter and the game suddenly changed. On the ensuing Utah possession, quarterback Cam Rising took a hard hit and appeared to be knocked out on the field.

Rising, who had by then completed 17-of-22 passes for 214 yards and two touchdowns for Utah, eventually walked off on his own accord. But the Texas transfer was escorted into the medical tent and a member of the training staff was seen on the sideline with the starter's helmet. He was replaced by former Milford High star Bryson Barnes.

"I don't think he ever lost consciousness," Utah head coach Kyle Whittingham said after the game. "I wasn't there right when he hit the turf, obviously. I came out there shortly thereafter. He's doing fine now according to what the post-game report was. Unless something that we don't know about materializes, he should be OK."

Down 24 players for a variety of reasons including opt-outs and injuries, Ohio State quarterback C.J. Stroud went to work.

The Heisman Trophy finalist, who finished fourth in the overall voting, threw for 573 yards and six touchdowns with one interception, and Noah Ruggles drilled a 19-yard field goal with nine seconds left in the game to help the Buckeyes rally past Utah 48-45 in a wild Rose Bowl game for the ages.

"I'm sure the fans and the networks got their money's worth out of that one," Whittingham said. "It was a heck of a football game. Give credit to Ohio State. They played exceptionally well, particularly on offense. That quarterback is terrific. Statistically the best in the country, as far as quarterback rating system, and he proved it tonight.

"I'm proud of our guys. They got absolutely nothing to hang their head about. They fought the entire 60 minutes and came up short, but still made Utah football history this year, Pac-12 champions, which had never been done in our program."

Moments after Rising left the game, Stroud found Jaxon Smith-Njigba for a 9-yard touchdown — the receiver's third of the game — to give Ohio State its first lead, 45-38 with 4:22 remaining.

But Utah wasn't done yet, thanks to Barnes. The Utah high school record holder with 137 passing touchdowns found Dalton Kincaid for a 15-yard touchdown to tie the game with 1:54 remaining. That set up Ruggles' game-winner, and Britain Covey's final kick return ended amid a mess of Ohio State special teams players.

"Couldn't be more proud of what Bryson Barnes did when he came into a tough situation and led the team right down the field for the tying touchdown," Whittingham said.

Utah had three timeouts to use in that final Ohio State drive but elected to keep them. Whittingham said the timeouts weren't going to help the game with how quickly Ohio State was able to move the ball and get downfield. It was much of the same all night, and the final drive was no different.

"Yeah, if we could have got them behind the chains at least one time," Whittingham said, speaking to when he'd hope to use a timeout. "Other than that, all we were doing is helping their cause, making first downs and second and short.

"They only had one timeout left. I didn't want to help them out. It was a catch 22. Had we gotten them behind the chains, second and long, third and long, absolutely. It was in the back of my mind. But the way the drive unfolded, I don't know if we got them to third down one time."

Utah got off to an incredible start in a wild first half. On Utah's second possession of the game, Rising marched Utah down field and found Covey for a 19-yard touchdown pass for the first score of the game. It was a fitting start to the Rose Bowl experience to have Covey score the first touchdown of the game.

Micah Bernard, who was tasked with the difficult assignment to play both ways for the Utes as a starting cornerback and as one of the team's running backs, pulled down a toe-tapping pass at the corner of the end zone to give the Utes a 14-0 lead to end the first quarter. In Utah's three New Year's Six bowl appearances under Whittingham, Utah has outscored its opponents 42-0 in the first quarter.

In the second, quarter, though, is when the game took a wild turn.

In less than three minutes, with the Utes controlling a 7-point lead, the two teams combined for five touchdowns in what can only be described as entertaining chaos. Blink and you were sure to miss something.

Utah's Tavion Thomas started the scoring on a routine 6-yard rushing touchdown where he found pay dirt untouched, and then it was madness from there. Stroud connected with Smith-Njigba for a 50-yard score, Covey returned the ensuing kickoff 97 yards for a touchdown, Stroud found Smith-Njigba again on a 52-yard touchdown pass and Rising ran untouched 62 yards on a QB keeper on fourth-and-1.

A game that was only 14-7 with nine minutes left in the second quarter suddenly ballooned to 35-21, where it stayed until the halftime break.

Ohio State's Smith-Njigba was a nightmare for the Utes to cover as the team's reception leader finished with 346 yards and three touchdowns. Wherever he was, Stroud found him and made the Utes work to contain him. And for much of the night, it was difficult to do for the Rose Bowl most valuable player.

Coming into the Rose Bowl, Utah was limited in the secondary after several of its depth was injured throughout the season, leaving Bernard to fill the role as a starting cornerback.

"We felt he was our best option at corner," Whittingham said. "We had three of our top four corners down. That's no excuse because you've got to play with who you've got healthy. Micah, we moved him over from running back, and we felt he was the best option after evaluating things in practice."

Starting corner and former Ohio State commit Clark Phillips III impressed on defense for the Utes and had a touchdown-saving forced fumbled against Smith-Njigba that was recovered in the end zone by Cole Bishop, and an interception in the end zone to stop another potential Ohio State touchdown.