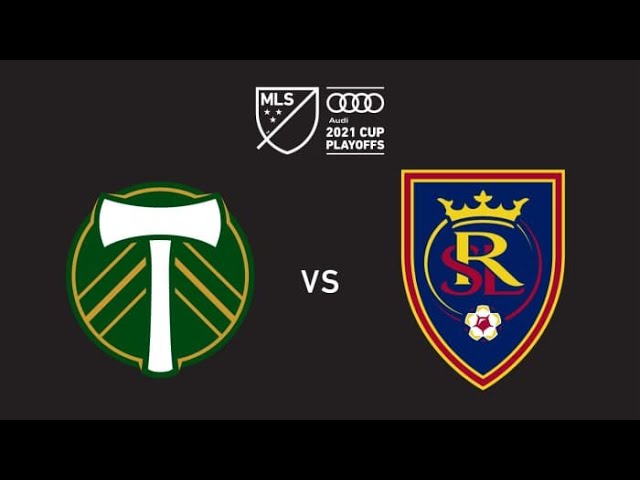 SALT LAKE CITY — In an incredible run to the Western Conference final as the highly unlikely No. 7 seed, Real Salt Lake made a habit of late goals and even later comebacks.

In Saturday's final, Portland led from the front.

Felipe Mora and Santiago Moreno scored a goal in either half as the Timbers ended Salt Lake's improbable run in the MLS Cup playoffs with a 2-0 shutout at Providence Park in Portland, Oregon.

Steve Clark made three saves to earn the clean sheet for the Timbers, who advanced to the MLS Cup final for the second time in four years. This time, however, they'll host the winner of Sunday's Eastern Conference final between Philadelphia and New York City.

Real Salt Lake's Cinderella run to the conference final — one that included advancing through the first round without a single shot for the first time in league history, and a late goal on the road against a rival — being outshot 14-7 and held to three shots on target ended in the Rose City.

"It's a very difficult moment, but I think when you are standing on the sidelines, as a coach you surrender to all of the work that you put forth," RSL interim manager Pablo Mastroeni said. "Their execution and their belief in each other and the plan, I couldn't be more proud of being a part of this group.

Mora took advantage of RSL's open alignment in the opening minutes finding space inside the box and slotting home the opening goal less than five minutes into the match to put the Timbers up 1-0. The 28-year-old Chilean picked off a missed clearance on the back line and sent one deft touch inside the far post to give the hosts early control.

Santiago Moreno nearly doubled the advantage int he 30th minute, but his attempt off a spilled save from David Ochoa sailed high over the crossbar. Just as quickly, Aaron Herrera found Damir Kreilach at the edge of the six-yard box before Portland goalkeeper Steve Clark made the reflex save to keep the Timbers up in the 33rd minute.

The two sides combined for 10 shots, four shots on target and four corner kicks in an end-to-end first half and an all-out battle for a spot in the MLS Cup final. But Ochoa made two saves to keep Salt Lake within striking distance at the break.

Moreno finally doubled the advantage in the 60th minute, just moments after Mora was subbed off, striking a ball from distance off the inside of his left boot, glancing off the back of an outstretched Ochoa for Moreno's first career playoff goal that all-but assured the Timbers' passage to the MLS Cup final.

Herrera was ejected with a second yellow card in the 80th minute, forcing RSL to play out the final 10 minutes of regulation with only 10 men. Diego Valeri, the former star-studded Argentine in his ninth season in Portland, added to the finish as a late sub.

The win concludes arguably the most complicated season in Real Salt Lake history, one played under league management and without a full-time owner. The club also lost former head coach Freddy Juarez, who stepped down in August to take a position as an assistant coach with the Seattle Sounders before Mastroeni was named interim head coach.

Still, the players never gave up on each other. They snuck into the playoffs on the final day of the regular season — the final minute, with a stoppage-time winner by Kreilach at Kansas City in a must-win match for RSL. That led to an unforgettable couple of weeks where the team continued to #believe, all the way up until Saturday's cold, rainy climax in the Pacific Northwest.

"This team is something special," said Kreilach, who was named an MLS All-Star in the summer but left off the league's postseason Best XI despite finishing with a team-high 16 goals and nine assists. "It was 11 months ago when we started preseason, a month earlier than it should be. We were training on our own. We put so much hard work in to prove all of the things that we did this year.

"Not so many people believed in us, because they didn't understand the quality that we had in our team. This year we had ups and downs, which is a normal thing, but every time we came in front of the wall, we broke it. Because of that I would point, not just to the team, but to the coaching staff, the medical staff, media staff, our fans, the whole organization was on the same page this season. This is why the team had such a good run. Unfortunately we didn't go all the way through, but those moments, like the moment tonight, in the future could pull you down or you can learn from them and those moments can pull you up. We learned so much from this experience, from this game today as well, and next season we are going to prove again what we proved this year."