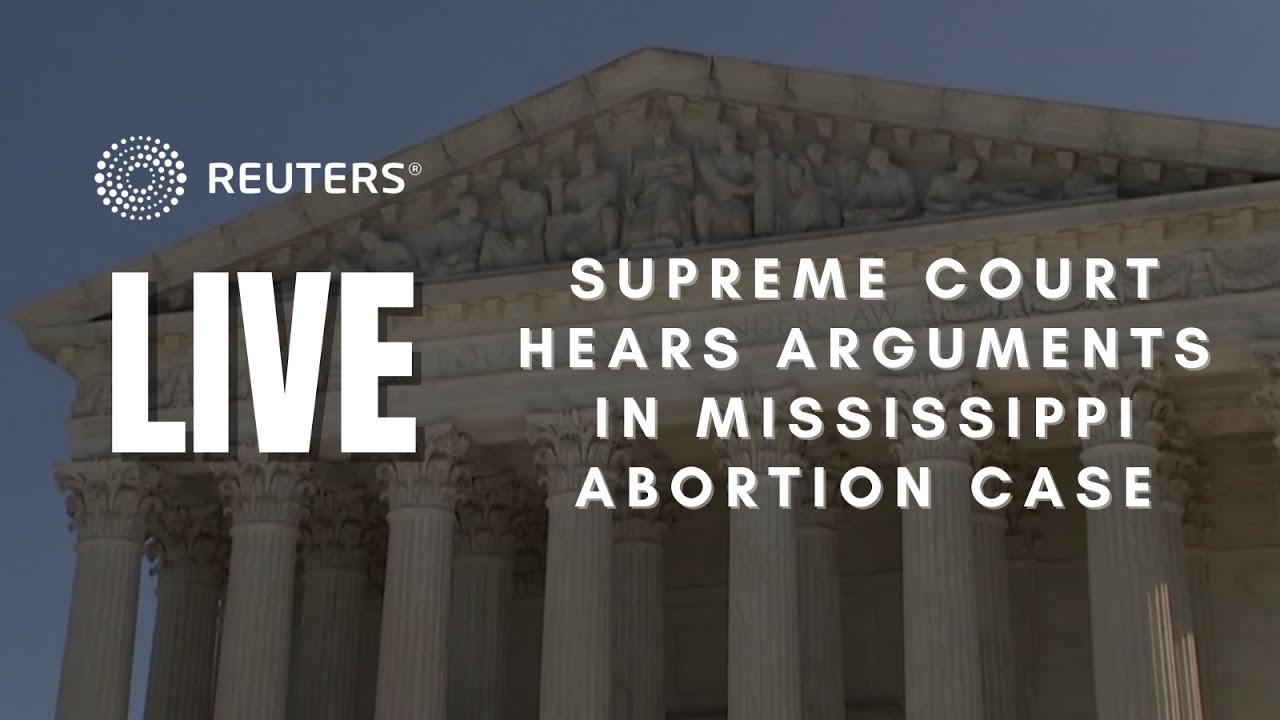 WASHINGTON — As the U.S. Supreme Court prepares to take up the most significant abortion case in nearly 50 years, a dozen Republican senators, including Utah Sen. Mike Lee, advocated for returning the issue to states.

The justices will hear arguments Wednesday over a Mississippi law that banned nearly all abortions after 15 weeks of pregnancy, allowing them only in medical emergencies or cases of severe fetal abnormality.

The case, Dobbs v. Jackson Women's Health Organization, is a direct challenge to the 1973 landmark decision in Roe v. Wade. Mississippi also asked the court to reverse Planned Parenthood v. Casey, a 1992 ruling that upheld the constitutional right to abortion but allowed states to regulate the practice to protect the health of the mother and the life of the fetus.

Lee and the other GOP senators said in a news conference Tuesday that overturning the two cases would not outlaw abortion around the country, but allow for states to make their own laws regarding the practice.

"This case isn't one in which the Supreme Court is charged with deciding to prohibit, ban, criminalize and otherwise outlaw every abortion in the United States. That's not on the table. That's not the issue," Lee said.

"The issue is whether people through their elected representatives should be able to decide how to protect human life and the life of mothers in the manner they deem fit. The Constitution, nature and science all indicate that that is a right that the people have, not one that belongs to nine lawyers in robes."

Mississippi banned most abortions after 15 weeks of pregnancy in 2018. The 5th Circuit Court of Appeals held that the state's restriction was an unconstitutional ban on a woman's right to terminate a pregnancy before fetal viability. Mississippi petitioned the Supreme Court, which agreed to hear the case in its term that started in October.

The Supreme Court ruled in Roe v. Wade that the Constitution did not allow states to ban abortions before the fetus could survive outside the womb. The Republican senators say the concept of fetal viability was "created out of whole cloth" and has no basis in the Constitution.

"This is a baby. This is a human. It has fingers. It has toes," Lee said, pointing to a picture of a fetus at a news conference. "The fact that this baby has yet to take her first breath doesn't deny her humanity. Bad things happen when we deny the humanity of human beings."

Lee said the 1973 Supreme Court decision allowing abortion amounted to "grafting" onto the Constitution a right that is not there.

"I challenge anyone to identify what provision makes this a person who can't be protected under state law," he said. "You can't take something that isn't protected by the Constitution, putting it on par with the right to free speech, the right to be free from unreasonable searches and seizures, freedom of religion ... and call it a constitutional protection."

In July, Lee and Sens. Josh Hawley, R-Mo., and Ted Cruz, R-Texas, filed an amicus or friend-of-the-court brief in the Mississippi case, arguing the current abortion law is "untenable" because it permits judges to interpret it according to their own policy preferences, taking power from state legislatures.

The Utah Legislature passed a law in 2019 banning abortion after 18 weeks gestation. A federal judge put the law on hold pending the outcome of the Mississippi case.

Planned Parenthood of Utah sued the state, arguing the law is unconstitutional and that no fetus is viable at 18 weeks, and that the ban is a violation of more than four decades of settled Supreme Court precedent.

Since that Supreme Court decision, no court has upheld a law banning abortion prior to viability, according to the lawsuit. The Utah bill originally set the limit for legal abortions at 15 weeks gestation, but it was revised to 18 weeks before the Republican-controlled Legislature passed it largely along party lines.

What would it mean for religious freedom if Supreme Court overturned Roe v. Wade?

Dozens of faith-related groups filed briefs this summer aimed at shaping the Supreme Court's approach to a major abortion case scheduled for later this year.

"Nothing in the Constitution prevents states from enacting reasonable measures to safeguard the dignity of all human beings, including the unborn," she said in July. "The legal challenge to Utah's law is stayed pending the outcome of the Supreme Court's decision, but the Attorney General's Office will continue to vigorously defend Utah law."