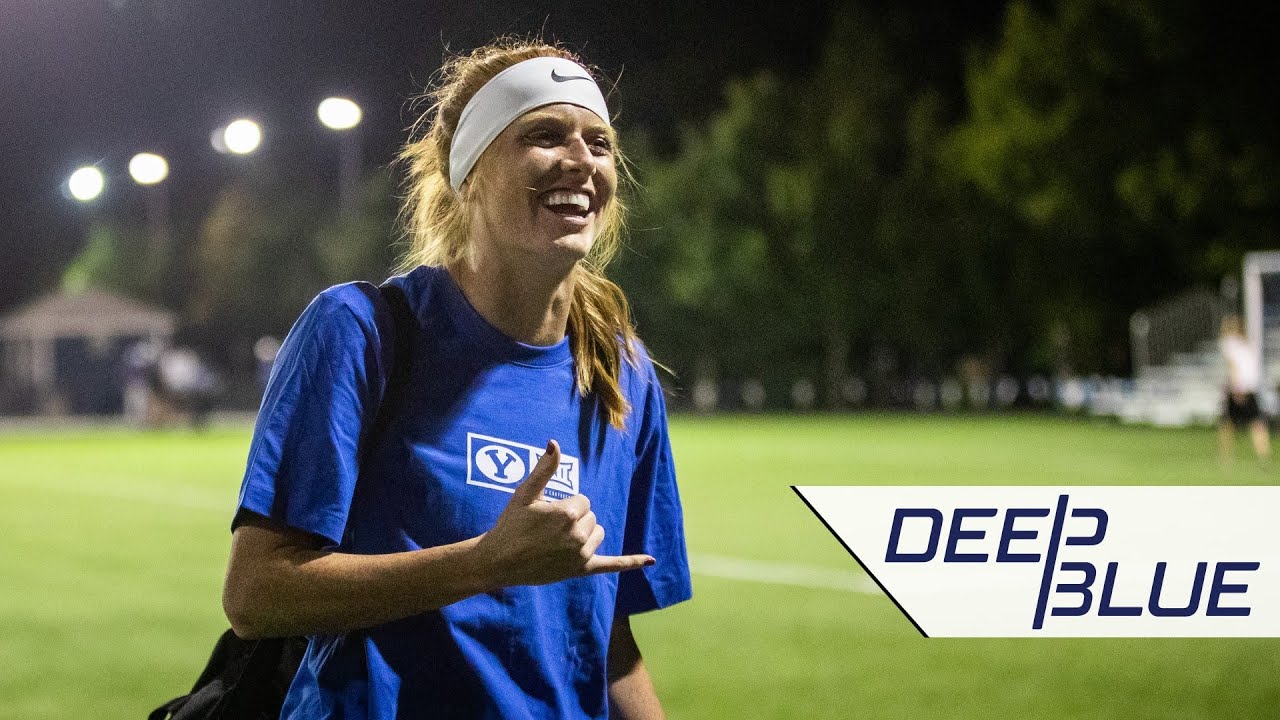 PROVO — For seven years, Cassidy Smith has waited for this season, so taking advantage of a medical redshirt and an extra year of eligibility wasn't a big deal.

The season itself, though, definitely was.

While the fourth-seeded BYU women's soccer team has put on an offensive showcase behind an all-time goal scorer in Mikayla Colohan and fellow senior Cameron Tucker, Smith and the Cougar defense have quietly been the backbone of the team.

Without the Lone Peak graduate, it's hard to tell where this team would be. Certainly, there's a strong chance they wouldn't be getting ready to host a national quarterfinal Saturday night at South Field (5 p.m. MT, BYUtv).

"Cass has had quite a journey here at BYU," said BYU coach Jennifer Rockwood of her seventh-year senior who redshirted two seasons and played one game as a defender as a freshman as far back as 2016. "I couldn't be more proud of the way she's fought through everything; she was a backup for two years, a starter last year, and gained a ton of valuable experiences."

In her final season with the program — not even seventh-year seniors last forever, even if they technically could return for an eighth season because of COVID-19 redshirt rules — Smith brought the team back to South Field one final time. Win or lose, there won't be another match on the pitch. Win and the Cougars advance to the Final Four for the first time in program history, held this year in Santa Clara, California.

Lose and, well, Smith and her teammates prefer not to think about that one. The senior has already played through two labrum tears, a third that she never had surgically repaired, and seven senior nights — including her own, where the Cougars clinched a West Coast Conference title with a 1-0 extra-time victory over Pepperdine — en route to BYU's fourth Elite Eight appearance all-time.

The lead up to her final appearance in Provo has been emotional, to say the least.

"I wasn't expecting it, but also this feels right," said Smith, a triplet who will graduate in December with a degree in exercise and wellness and sights on a career in athletic administration. "This is home; it's where we play our best soccer. We're excited to host South Carolina here, and to show them what South Field is like.

"We play for our fans. They bring so much energy and we try to rise to the occasion and match their energy."

BYU has an all-time offense, paced by Colohan, the Davis High product who has already been drafted by the NWSL's Orlando Pride and returned for one final season at her alma mater.

Colohan, who was recently engaged to former BYU baseball star Jackson Cluff, has 51 goals in her career, the third-best mark in BYU history (so far) to go along with 140 total points — good for second all-time, including a hat trick and an assist against Alabama in the team's final tournament.

But behind every good attacker is an equally talented goalkeeper, and Smith is leaving her marks on the record book. The 5-foot-9 senior from Alpine has 47 saves and 12 goals allowed in 21 games this year, an .833 save percentage that currently ranks as the fourth best in a season in BYU history and the best since top-rated Rachel Boaz finished at .900 in 2015-16.

"She's been here a long time, but Cassidy is incredible; she brings such a loud voice behind us," Colohan said. "She directs everything on the field, and she's such a good leader. So many girls on this team just look up to her. She's consistent every day with her energy, motivating the team, leading the way, and embracing a good, positive culture for our team.

"Everyone has jumped on that ship with her and we've just rode it with her."

In the Cougars' 1-0 win over top-seeded Virginia in the Round of 16, Smith was on full display. Tucker snuck one past the Cavaliers' defense in the 47th minute and the defense did the rest, paced by three saves from Smith.

With the win, BYU avenged last year's loss to Virginia in the NCAA Tournament. That could become a trend come Saturday against South Carolina, which eliminated the Cougars from the tournament in 2016 — Smith's first year on campus, before the injuries, the heartbreak, and the time spent on the bench behind some top-shelf keepers.

Once again, it all comes back to Smith.

"There's no question: To get to this point, you have to have a phenomenal goalkeeper," Rockwood said. "And Cass has done a phenomenal job, along with our back line.

"We've come so far from last spring season when we lost to Virginia. We've come so far on our back line, led by Grace Johnson, Laveni Vaka, and Jamie Shepherd, who is as good of a No. 6 as any in the country."

As the final seconds ticked away, Smith raised her big gloved fists in triumph and waited as the team rushed the field — bench and all — while royal-clad fans occupying roughly one-third of the stadium in Charlottesville crowed the BYU fight song.

"That was by far our best performance we've had," Smith said. "Just feeling like the pieces fell together, and it all ended up how it was supposed to. We're more than ready to go into the Elite Eight."