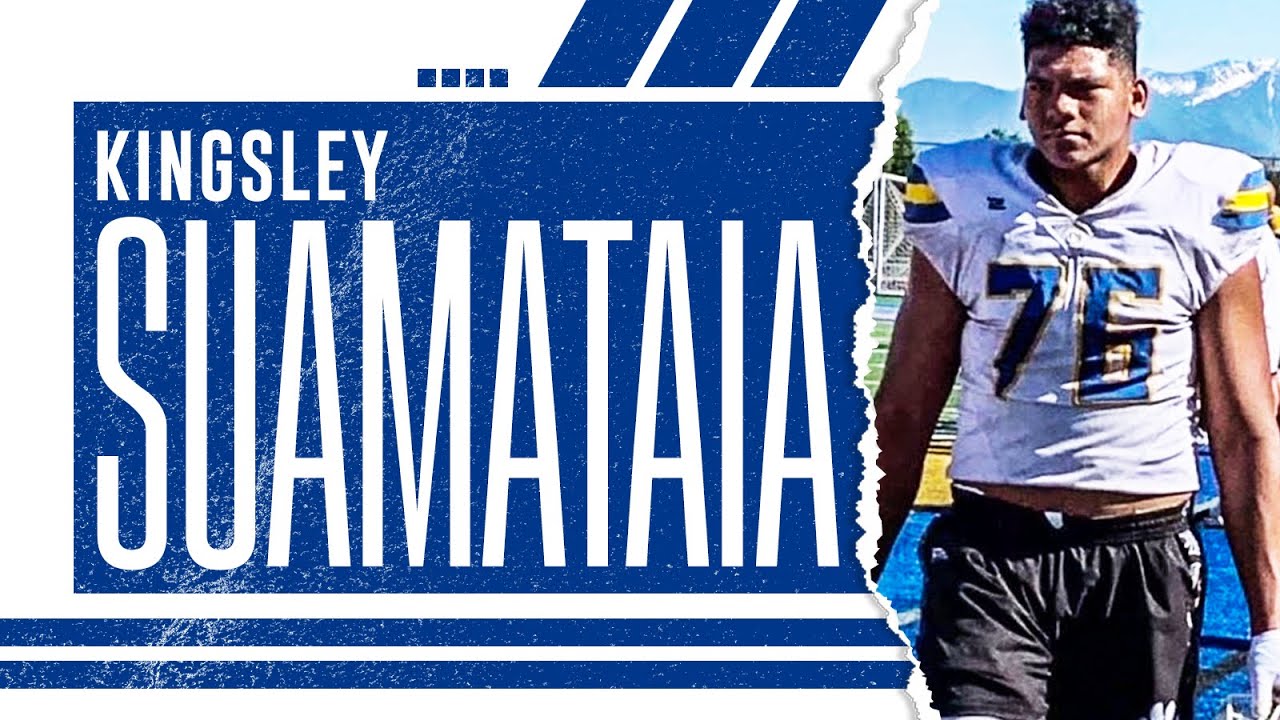 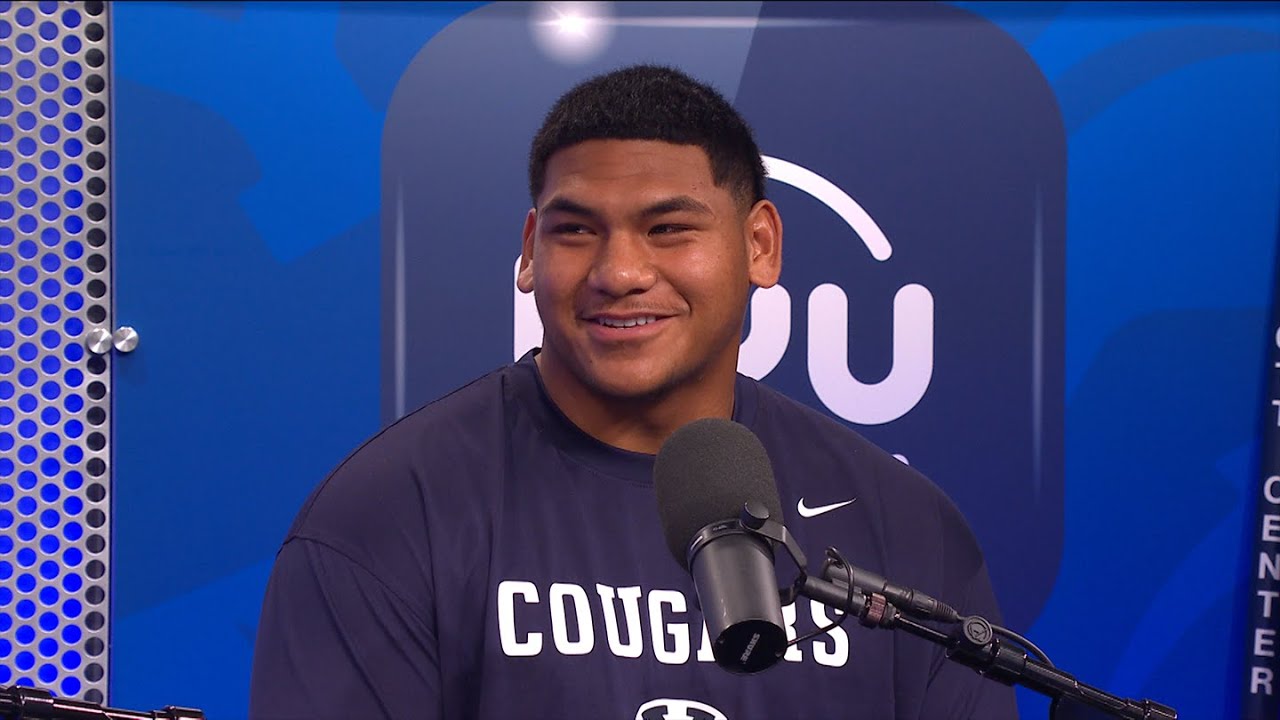 PROVO — Former Orem High five-star offensive lineman Kingsley Suamataia is coming home to BYU — and the one-time Oregon tackle already has a name, image and likeness deal in his hometown.

The 6-foot-5, 320-pound offensive lineman made the announcement Friday morning on social media, posting a video with the trendy song "I'm coming home" as he makes his way into LaVell Edwards Stadium surrounded by family.

It's the end of a journey for Suamataia, who signed with the Ducks out of high school before entering the transfer portal Oct. 26. A week later, Suamataia was on a recruiting visit to his hometown university.

A couple of days later, he had decided to come home. The response from BYU teammates was immediate, too.

"Welcome to the O-line family, bro!!" tweeted Connor Pay, the Cougars' current starting center (in the absence of James Empey) who prepped at Lone Peak.

Blessed as the Lord is mindful of my struggles and strengths. I am truly thankful to everyone in my life, most of all my family. We are stronger together than apart. #DKT76 Time to Do King Things #AigaFaaVavau 🤟🏾LETS GO! pic.twitter.com/T9BsEMRTre

"It feels like that first Christmas weekend, opening presents. I'm glad to be home," Suamataia told BYUtv on Friday. "The family environment was big here. Oregon was great, but back in Oregon, you can't simulate your own family. Having my family here and being able to see them every Saturday, plus the coaching staff and my brothers from high school on the team, has been nice."

Within moments of his transfer, Suamataia announced an NIL deal with Rural Power and Light, the American Fork-based solar installation service that partnered with the hefty offensive tackle with help from local agency Oncoor Sports Marketing.

Suamataia was a four-year starter and four-time state champion at Orem, powering the Tigers to the 5A state title as a senior in 2020 with zero sacks allowed and 70 pancake blocks en route to Deseret News first-team all-state honors.

The top-rated recruit in Utah by 247Sports and No. 6 offensive tackle nationally chose the Ducks over offers from Penn State, Arkansas, Texas A&M and Tennessee, among others, adding to head coach Mario Cristobal's haul of local recruits that included Corner Canyon center Jackson Powers-Light and Kearns safety Jeffrey Bassa.

The five-star prospect by both 247Sports and Rivals enrolled in January and took part in spring practices. But he suffered a minor foot injury before the season and played in just one game while sitting as the co-backup left tackle on Oregon's depth chart, according to Oregon Live.

Blessed to have a great visit @BYUfootball. Thank you to my uncle @Jasen_AhYou for always taking care of us. Thank you uncle @JackDamuni for always loving me and my family and @kalanifsitake for taking the time to visit with us. #GodGotUs@Lsuamataia#WhatsNextpic.twitter.com/wOU5KWTnBT

Suamataia told his father he felt BYU was the place he wanted to go shortly after hitting the portal and taking that visit to Provo. Reuniting with Nacua and his former teammates is an added bonus.

"He didn't know I was coming here, but he texted me when the video dropped and said, 'man, I love you,'" he recalled of Nacua's response. "It's nice having him come before me, and then to be able to follow in his steps.