Mitchell, Conley show off one of the league's best backcourts in win over Kings 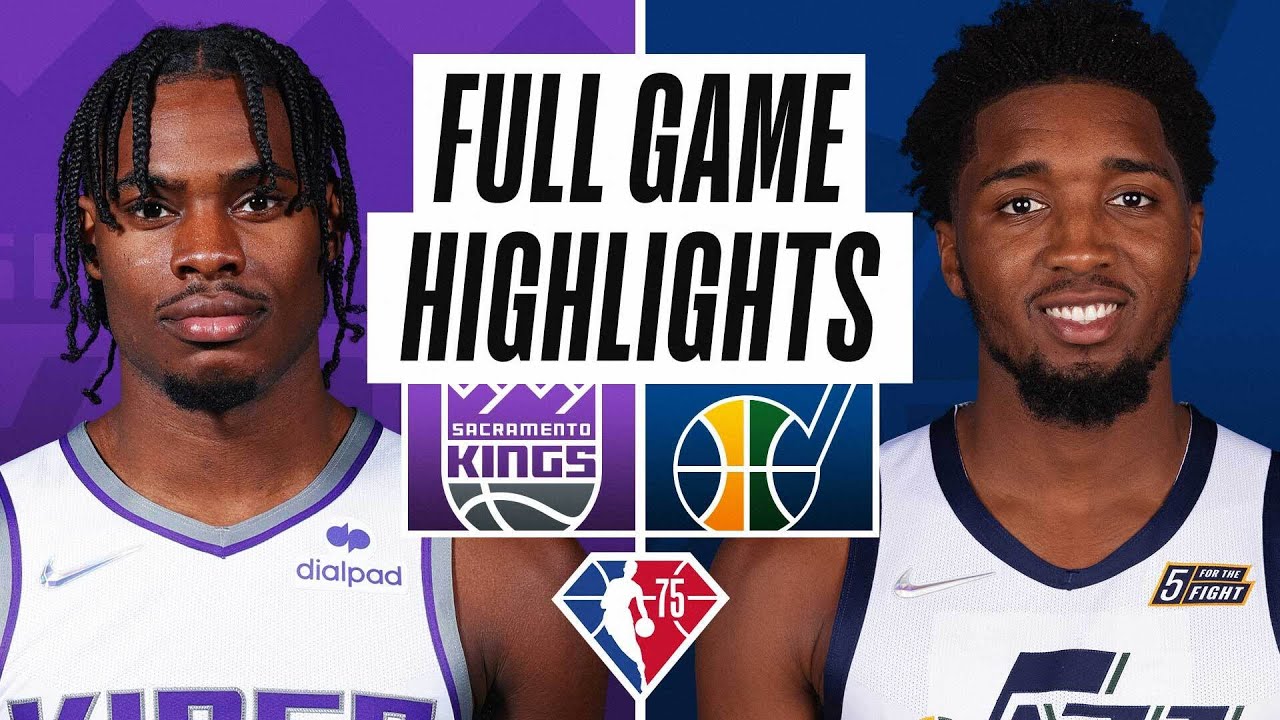 "He'd be a great cornerback, probably be a heckuva tennis player; I'm sure he's a good bowler, you can kind of pick a position on the baseball field I think," Snyder said. "It's not surprising that he's doing what he's doing."

Now in his 15th season, Conley is a wily veteran that has more than a decade's worth of wisdom and tricks built up in his game. Sometimes, though, those tricks aren't needed; sometimes it's as simple as Conley taking the ball and letting everyone else get out of the way.

Such was the case Tuesday in Utah's 119-113 win over the Sacramento Kings at Vivint Arena.

In the fourth quarter, Conley scored 13 points on 5-of-7 shooting, including a perfect 3 of 3 from 3-point range, to lead the Jazz to a victory over a scrappy Sacramento team.

Conley attacked the rim and muscled in layups; he shook defenders to create open 3s; he got a Jazz offense that was struggling to shoot outside of he and Donovan Mitchell over the finish line.

To his team, though, he was simply being the same Conley he's always been.

"If you're a casual NBA fan, 20 years from now you might not know who he is," Hassan Whiteside said. "But people that really know basketball, it'll be like, 'Nah, Mike was like one of the most underrated basketball players of all time.'"

He showed that again against the Kings; and he and Mitchell showed why they are among the league's best backcourts.

Late in the first half, Mitchell immediately hobbled into the tunnel after he came up limping following a collision on the court. He had rolled his ankle, was hit and then he rolled his ankle again. With frustration, and a bit of concern, he limped back to the locker room.

"There's just so much going on," Mitchell said. "It hurt so I just went back and made sure I was OK."

Turns out, he was just fine — more than fine, actually. With a little bit extra adrenaline surging through him and maybe a bit of anger, Mitchell exploded out of the half.

Mitchell carried a team that couldn't hit anything from the outside — Utah was 4 of 25 from 3-point range in the first half and its first 20 points came inside the paint (that wasn't by design) — by shooting 7 of 10 from the field in the third, including 3 of 5 from 3-point range.

One of those right plays came after he scorched the Kings in the third quarter and deferred to his veteran backcourt partner to finish the job.

"Me and Don kind of have a nonverbal communication," Conley said. "He looks up at me with his hands on his knees."

The message: Take the ball a few possessions. Mitchell did the work in the third quarter, and Conley finished the Kings off late.

"I think it was one of those games where me and Don had it going," Conley said. "As far as the rest of the team, we were just missing shots we normally make. In those moments you kind of go with what's working. We got in the pick-and-roll situations — I just tried to be aggressive; Don tried to be aggressive."

Their effort pushed the Jazz to a league-best 6-1 record ahead of a three-game road trip against talented opposing guards. As Conley thought ahead to those matchups, it was clear he wasn't the same old Mike Conley, which is not a bad thing.

"As I've gotten older, I have to prepare differently," he said. "I prepare mentally and physically differently than I did when I was 21 or 22; it keeps me young, keeps me moving. I want to show that I can still fight at a very, very high level in this league."

He showed that on Tuesday.

As for a sport that he's not good at, he's staying mum on that one — mostly because there isn't anything to say.