Should Utah abolish its death penalty? These Utah GOP lawmakers are going to try

SALT LAKE CITY — A pair of Utah Republican lawmakers are pursuing what would be a stunning turnaround for the red Beehive State, one of 27 states that still allow capital punishment.

The time has come, they say, to end the death penalty in Utah.

Rep. Lowry Snow, R-St. George, and Sen. Dan McCay, R-Riverton, together are sponsoring a bill to repeal Utah's death penalty statute and replace it with a new law — one that would give prosecutors a new bargaining chip in its place in their pursuit of plea deals: a new sentence for aggravated murder of 45 years to life in prison.

Snow and McCay told the Deseret News and KSL editorial boards on Tuesday that their feelings around the death penalty and whether it has a place in Utah have changed as they've spiritually contemplated the issue — but also as they've grappled with the full financial toll the sentence has taken on taxpayers and, especially, its emotional toll on victims' families.

While the death penalty seemingly promises finality, they said, the reality is far from.

A horrific case and its emotional toll for victims' families

Take the decadeslong case of Ron Lafferty, one of the longest-serving condemned inmates in the country. Lafferty sat on Utah's death row for 34 years until he died in 2019. His death wasn't by firing squad, the method by which he had chosen to be executed after his second conviction (his first was overturned on appeal). Rather, he died at 78 of natural causes in the Utah State Prison after being ill for some time.

Lafferty and his brother, Dan Lafferty, were convicted in a brutal murder that remains one of Utah's most infamous. Claiming a revelation from God, the brothers slashed the throats of Brenda Lafferty and her 15-month-old daughter, Erica, nearly decapitating the toddler, in their American Fork home on July 24, 1984.

One of Utah’s most infamous death row inmates died, according to the Utah State Prison.

The sister and aunt of the victims, Sharon Wright Weeks, has spoken before to the Deseret News about how she didn't disagree with the jury's decision to execute Ron Lafferty. But as she watched his case crawl through years of seemingly endless court appeals, she said she no longer sees the death penalty as effective. She got to a point where she just wished her sister and niece's killer would die peacefully in his sleep.

Weeks is Snow's constituent. Her story of the emotional toll the death penalty and its perpetual appeals process can take on victims' families is one of the major reasons why Snow said he's decided to be the chief sponsor of the bill to repeal and replace the statute in the Utah Legislature's 2022 general session, set to begin this January.

Ron Lafferty and his lawyers "were able to avoid the death penalty for about 35 years," Snow said. "Sharon tells me how that affected her family — that, in short, the state of Utah was not able to bring justice to her family. ... She doesn't fault the prosecutors, and neither do I. The fault is in the system that we deal with in these kinds of cases."

Weeks' story about how she and her family were essentially "retraumatized" over and over again as the appeals process dragged on is "incredibly moving," Snow said.

"You can imagine if you're a family and if the perpetrator is convicted in a first trial, sentenced to die. It's set aside. It's reversed. (It) has to come back for a whole other trial. You can imagine the anxiety of having to sit through that proceeding again. And that's really, in some respects, only the beginning. Then come the appeals ... all the way up to the U.S. Supreme Court."

In recent years, McCay said he's had a change of heart when it comes to support Utah's death penalty. To him, it's not just the emotional toll on families of victims, but also the financial cost of maintaining the capital punishment appeals process.

The Utah Commission on Criminal and Juvenile Justice recently completed a study that concluded the state and local governments spent roughly $40 million over 20 years on death penalty cases. That figure funded two sentences. 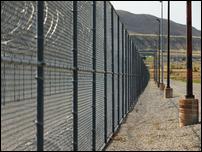 The Utah Department of Corrections has quietly ended a decades-long practice of housing Utah State Prison inmates who are under sentence of death in maximum security, allowing the majority of them to move into medium-security cell blocks.

The state of Utah has not carried out a death sentence since 2010, when Ronnie Lee Gardner was executed by firing squad, 25 years after the 1985 murder he was convicted of.

Directly related to the high financial cost of carrying out the death penalty, Snow said, are additional orders from the U.S. Supreme Court that have made carrying out a death sentence increasingly difficult. As the country's highest court grappled with the constitutionality of capital punishment in the '70s and again in the early 2000s, the national debate over the death penalty has raged on. A total of 22 states have abolished it.

In some ways, capital punishment doesn't result in the level of justice it promises, McCay said.

Considering that, along with the number of people who have been sentenced with a death penalty then later found to be innocent, that's a "heavy" ask, McCay said, to have a judgement in place that is so final and irreversible.

Since 1973, 185 death row inmates have been exonerated in the U.S., according to the Death Penalty Information Center, a national nonprofit that provides data and analysis on capital punishment. "There's no way to tell how many of the 1,534 people executed since 1976 may also have been innocent," the Death Penalty Information Center says on its website, noting "courts do not generally entertain claims of innocence when the defendant is dead."

Then factor in the additional media attention killers receive when they're sentenced to death, McCay said. Each time the case crops up in court, the gruesome details get rehashed in the media.

"Then it's like a new injury to the family every time that this person gets mentioned again in the press," McCay said. "And you contrast that with those who get life in prison. Unfortunately, you know, the people who (get the death penalty), they get this notoriety but those who are (serving) life in prison tend to disappear into the prison system."

Does a death penalty repeal stand a chance in Utah?

Bills to repeal Utah's penalty have cropped up in the Utah Legislature before. None have been successful.

But Snow and McCay — with backing from the Utah-based libertarian think tank Libertas Institute and the American Civil Liberties Union of Utah — think their bill has a good chance of finding favor among their Republican colleagues in Utah's GOP-controlled legislature.

"The more we can get our colleagues to critically think about the issue, the more people we have supporting us on the cause," McCay said.

This process of having to search my soul on the policy changed my mind.

There are likely still many who believe there are those that "deserve" the death penalty, McCay said, but many who learn more about the true financial and emotional toll of capital punishment — and its seemingly endless appeals process — tend to gain a more nuanced perspective on the issue.

"I can understand those perspectives. I, too, felt that way at a time," McCay said. "This process of having to search my soul on the policy changed my mind."

McCay said maybe that's because of "growing up" and "maturing," but he also found a "spiritual application of why I don't love the death penalty."

"And my hope is our colleagues can look at some of the rational evidence-based reasons, and they can also, as they search their soul ... they'll come to our side."

Unlike past iterations, this bill does include the new sentence for aggravated murder of 45 years to life in prison, which addresses concerns about removing a bargaining chip for prosecutors. That also might make the repeal more palatable, the lawmakers said.

Snow also said in his mind it's been a "kind of spiritual journey. But I also recognize that maybe not all of my colleagues will feel the same way."

Still, Snow said it's Utah's time to have the discussion.