A CH-47 Chinook is loaded onto a U.S. Air Force C-17 Globemaster III at Hamid Karzai International Airport in Kabul, Afghanistan, Saturday. The Chinook is one of the pieces of equipment returning to the U.S. as the military mission in Afghanistan comes to an end. (U.S. Central Command)

KABUL, Afghanistan — The United States on Monday completed its military withdrawal from Afghanistan after a huge but chaotic airlift that cost the lives of 13 U.S. troops, including a Marine from Utah, and left behind thousands of Afghans and hundreds of Americans still seeking an escape from Taliban rule. 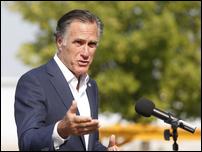 Who is responsible for the chaos in Afghanistan? Biden and Trump, Mitt Romney says

Romney placed blame on both the Biden and Trump administrations for the situation in Afghanistan, warning the "decision to pull our military out ... puts us in greater danger."

In a first in the nearly 20 years since al-Qaida's Sept. 11, 2001, attacks plunged the United States into war, not a "single service member" from the U.S. military was in Afghanistan, the Pentagon said in an afternoon news conference.

"Heartbreak" was the word that U.S. Marine General Frank McKenzie used as he described emotions surrounding the U.S. departure from its longest war after dangerous and tireless efforts by U.S. troops to evacuate American citizens and vulnerable Afghans.

"There's a lot of heartbreak associated with this departure. We did not get everybody out that we wanted to get out," McKenzie, the head of the U.S. Central Command, told a Pentagon news briefing.

The top U.S. diplomat in Afghanistan, Ross Wilson, was aboard the last C-17 military transport flight out of Kabul's airport at 11:59 p.m. Kabul time, along with the commanding general of the U.S. military's 82nd Airborne Division.

More than 122,000 people have been flown out of Kabul since Aug. 14, the day before the Taliban — which harbored the al-Qaida militant group behind the 2001 attacks on New York and Washington — regained control of the country.

"But I think if we'd stayed another 10 days, we wouldn't have gotten everybody out," McKenzie said.

As the U.S. troops departed, they destroyed more than 70 aircraft, dozens of armored vehicles and disabled air defenses that had thwarted an attempted Islamic State rocket attack on the eve of the U.S. departure.

Having failed to anticipate the Taliban would prevail so quickly, Washington and its NATO allies were forced into a hasty exit, leaving behind thousands of Afghans who helped them and may have qualified for evacuation and others who feel at risk.

The emergency air evacuation came to an end a minute before a Tuesday deadline set by President Joe Biden, who inherited a troop withdrawal deal made with the Taliban by his predecessor, Donald Trump, and decided to complete the pullout without preconditions.

Biden's decision has led to the biggest crisis of his young presidency and raised far-reaching questions about the capability of Western democracies to build lasting institutions in their image overseas, and their willingness in the future to do so.

The swift Taliban takeover of Afghanistan has drawn comparisons to the capture of Saigon by North Vietnamese forces in 1975 and shaken generations of U.S. veterans who served there and watched the wars' final days with sadness.

Biden, in a statement, commended U.S. troops for carrying out the largest airlift in U.S. history "with unmatched courage, professionalism, and resolve." "Now, our 20-year military presence in Afghanistan has ended," he said.

Nearly 2,500 Americans have been killed in the conflict, including 13 U.S. service members in a suicide bombing by Islamic State last week outside the airport. Many of them were just babies when the Sept. 11, 2001, attacks took place.

But he warned that the Taliban would have difficulty grappling with Islamic State, a fierce enemy of both the West and the Taliban. He declined to speculate about future cooperation with the Taliban following the U.S. departure, even as Biden has promised to hunt down Islamic State militants responsible for last week's bombing.

"They (the Taliban) let a lot of those people ... out of prisons and now they're going to be able to reap what they sow," McKenzie said.

The withdrawal opens a new chapter in the U.S. effort to keep pressure on groups it sees as mortal enemies, including Islamic State and al-Qaida.

Following the suicide attack last week, the U.S. military flew in drones for strikes in Afghanistan on Friday and Sunday to attack Islamic State targets. Experts warn that U.S. intelligence is far harder to collect from overseas and strikes are more risky.