After 2 scrimmages, BYU football on brink of QB decision as other depth battles remain 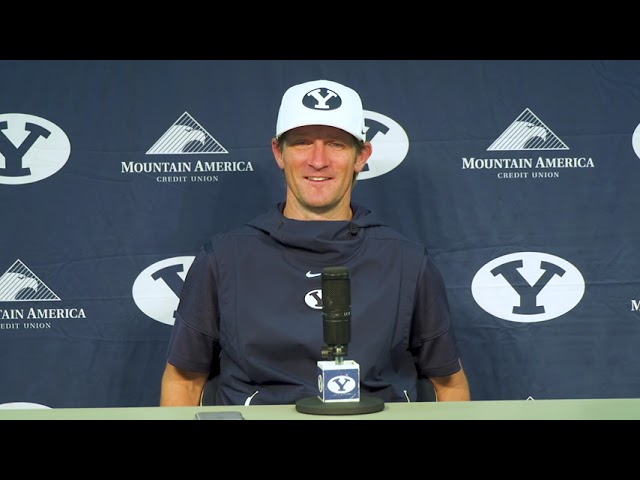 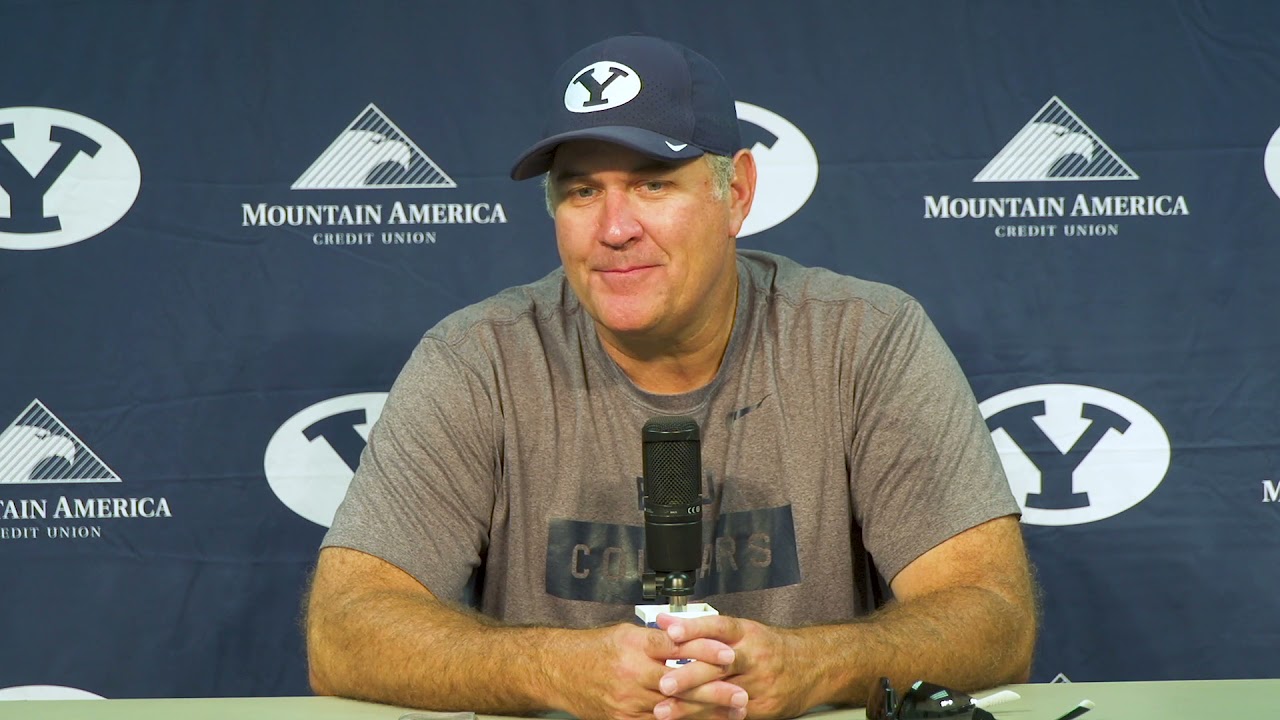 PROVO — The vision at quarterback is coming into greater clarity, BYU coaches said after Saturday's scrimmage of fall camp.

When that decision will be known to the public — and the media — is less clear. But it could happen as early as Monday, offensive coordinator Aaron Roderick said as the Cougars approach the transition from fall camp into specific preparations for the Sept. 4 season opener against Arizona in Las Vegas.

"It might be as early as Monday, but it will be Wednesday at the latest," Roderick said as to when players will learn how the depth chart is organized at the quarterback spot.

That timeline puts the BYU coaching staff right on track with what Roderick has said since the beginning of camp — and even sooner, to some extent. The Cougars want a bonafide starter in place by the third week of training camp to prepare for Arizona, even if that starter is only known internally.

Up until now, returning backups Jaren Hall and Baylor Romney have split reps evenly with four-star freshman Jacob Conover as the three battled for the right to succeed New York Jets quarterback and No. 2 overall draft pick Zach Wilson. And at an early point, Hall seemed to seize an early advantage with strong player in the opening days of training camp.

Then Romney came along, the clear-cut backup to Wilson a year ago due to a hip injury for Hall and simple inexperience (not to mention recent return from a two-year mission for The Church of Jesus Christ of Latter-day Saints) for Conover.

It seemed to many observers that Hall had the edge in athleticism, Romney owned the veteran savvy with a team-high 1,008 passing yards and eight touchdowns in two seasons of play, and Conover had perhaps the highest upside of all of them — but also the most question marks.

And if the coaches had to start either one of them under center against the Wildcats two weeks from Saturday, head coach Kalani Sitake repeated that they'd feel good about any of them.

"We feel really good about three quarterbacks, and we have an idea of what we're doing," Sitake said definitively, echoing Roderick's decision to review film from Saturday's scrimmage before finalizing a decision. "We thought maybe one would be elevated, but really all three have elevated their game. I just want to confirm it all with the film, communicate with the quarterbacks themselves — and away we go."

The Cougars have been focusing on installing new elements of the offense in Roderick's first season as the full-time offensive coordinator, replacing Jeff Grimes, who accepted the same position at Baylor after last year's 11-1 breakout success and top-15 national ranking in every major poll.

That installation is complete now, and BYU will move closer to game-week prep, though.

"All the install is in," Sitake said. "Now it's a matter of getting the depth chart solidified, making sure the right guys are in place, and then we'll start working on Arizona prep."

To that much, there are still several positions battles to figure out — even beyond the quarterbacks. Tyler Allgeier and Lopini Katoa have solidified themselves as co-starters at running back — so much so that Roderick said Saturday neither one was tackled to the ground during the scrimmage — but depth questions remain. Miles Davis is making a significant push for playing time, but so too is former Cedar quarterback Mason Fakahua and junior college transfer Hinckley Ropati, while former Kearns standout Sione Finau works his way back into full availability.

It's a similar quandary at wide receiver, where the Cougars have plenty of depth — returning starters Neil Pau'u and Gunner Romney lead a breakout room that also features Pac-12 transfers Samson Nacua and Puka Nacua — but must now determine who to start where, and in what order. You can never have too much depth, but it seems likely that at least one of those "big four" receivers could come off the bench — especially if coaches decide to start or give significant minutes to Isaac Rex and Dallin Holker at tight end.

Perhaps the most established receiver isn't the former Orem High four-star wide out who had a breakout freshman season at Washington, or his older brother who led Utah in receiving touchdowns in two of the past three seasons. And that's to say little of emerging role players like Brayden Cosper, Hobbs Nyberg, Kody Epps and Terence Fall, who form a group that wide receivers coach Fesi Sitake has labeled as 12 deep and possibly the deepest in his four years in Provo.

That honor might go to Pau'u, who has been relatively overlooked — even by his own longtime teammate Romney, the Cougars' most productive returning receiver from a year ago.

They're good problems to have.

"He was one of our best guys last year, even though he doesn't get mentioned as much," Roderick said. "But Gunner did some really good things today, too. And Puka, he plays at a really high level, so hard and so fast.

"When we get those guys on the field together, it's a pretty fun group to watch."

Another position of depth that still requires sorting may be linebacker, where the Cougars lost plenty of NFL talent like Zayne Anderson, Isaiah Kaufusi and Kavika Fonua, among others.

But the Cougars are reloading, new linebackers coach Kevin Clune said, led by Payton Wilgar, Keenan Pili, Max Tooley and a former Olympus High standout who is as healthy as he's been since coming to Provo.

"You see Ben Bywater out there, too; he was injured last season, but is really coming on, playing smart, and playing a number of different positions," Clune added. "He's fast, he's strong, and he's going to show up that you didn't see last year."

Clune won't go back and compare this linebackers group to last season, when he was a defensive analyst at BYU. But the veteran coach who has made stops at nearly every Division I program in Utah praised his depth of Morgan Pyper, Josh Wilson, Drew Jensen and Jackson Kaufusi, among others, that presents a depth chart challenge in need of sorting.

"Maybe not all of them are in the same place, but all those different guys bring something different and I'm just happen to be a part of that," Clune said. "I love this crew of linebackers, and where I'm working with the D-line, too. I call them a the no-name D-line, because whoever is there seems to always be taking care of business for us."