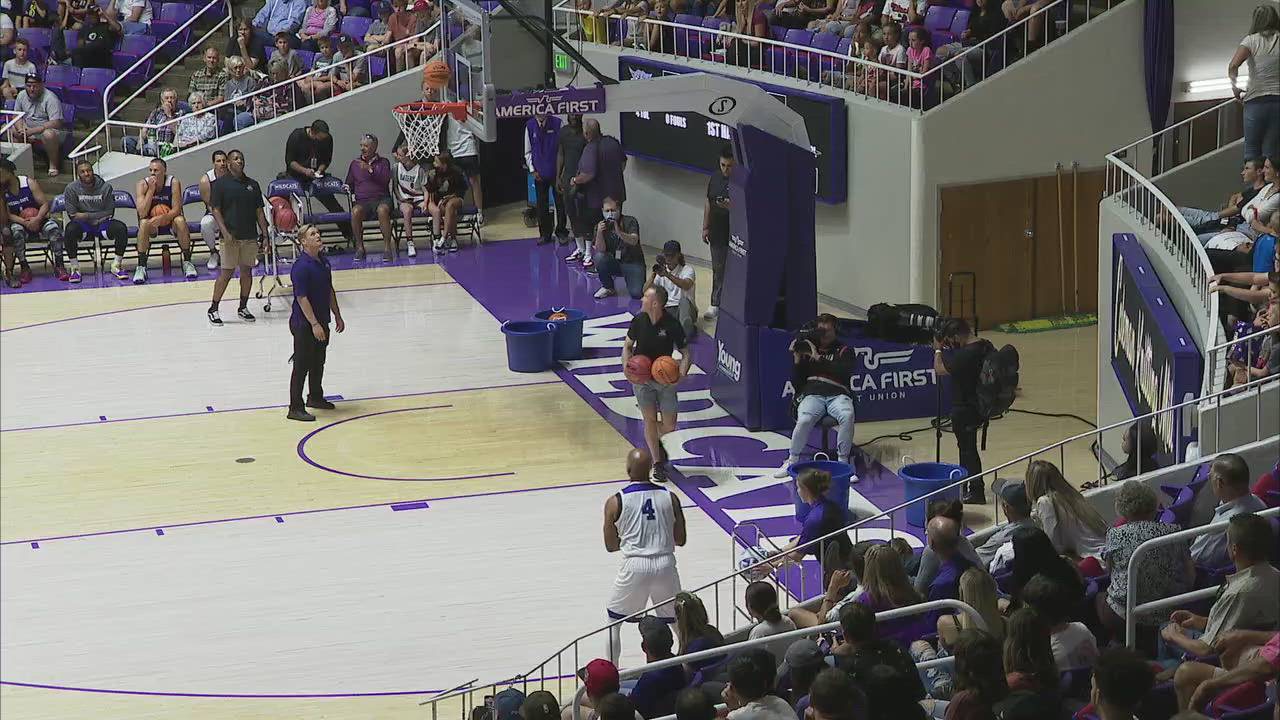 OGDEN — While NBA players return to their hometowns this offseason to play in local pro-am tournaments, Damian Lillard chose to return to his alma mater to host the Weber State Basketball Alumni Classic Friday night.

The classic comes in the middle of a busy summer for Lillard — spending time with Team USA as they competed in the Olympics and a release of his new album "Different on Levels The Lord Allowed" — but time was carved out to host the event.

Lillard has now hosted the alumni game four times and said he didn't want to "miss that opportunity" of coming back to Ogden and put on a show for those in attendance.

"I pretty much went from the bubble last season to a shortened summer right into another season — you know, playoff run, right into USA Basketball," Lillard said. "I put the album out, and it was like I'm already not going to get much of a summer, so I might as well continue to do the things that I want to do."

The night began with an autograph session that lasted an hour, with a line that wrapped completely around the Dee Events Center. It was followed by a 3-point and shooting stars contest. But the highlight of the night was during the alumni game as Lillard pleased the crowd with 41 points while playing all 40 minutes of the game.

The game saw its lows: airballs, bricked shots and missed layups; but in a game that featured 30 former Wildcats, it was nothing less than competitive.

A barrage of 3-point shots were made — 11 by Lillard alone — so it was only fitting the game was decided by a last-minute 3-pointer made by Cody John; and it also happened that the winning shot was made over Lillard.

Cody John with the shot 🏀 Competitive until the very end!#WeAreWeberpic.twitter.com/5u5c2P5sxL

Even in a 93-92 loss, Lillard was pleased with the turnout and outcome of the event.

"I was just happy that it was like a crowd pleaser. It was like every shot everybody was like: 'Oh, ohh.' I think in an event like this, that's what you're looking for," Lillard said. "You want to give the fans some excitement. I think they would prefer the way it went rather than 80-40. They got a treat tonight."

During the game, Lillard was recognized for his accomplishments while at Weber and for being named an inductee to the Weber State Hall of Fame. Lillard said "it was an honor" to be recognized into an elite group of athletes.

"It's not something that everybody gets," he said. "I'm thankful that I'm viewed in that light by this university and that everything that I've done here and going forward is appreciated."

Even as an NBA All-Star, Olympic gold medalist and rapper, Lillard remembers he was just a "program player" during his time at Weber State and will forever be an all-time great Wildcat.

Thanks @Dame_Lillard for a great show and for hosting another Alumni Classic! #WeAreWeberpic.twitter.com/om6PMfgMsS