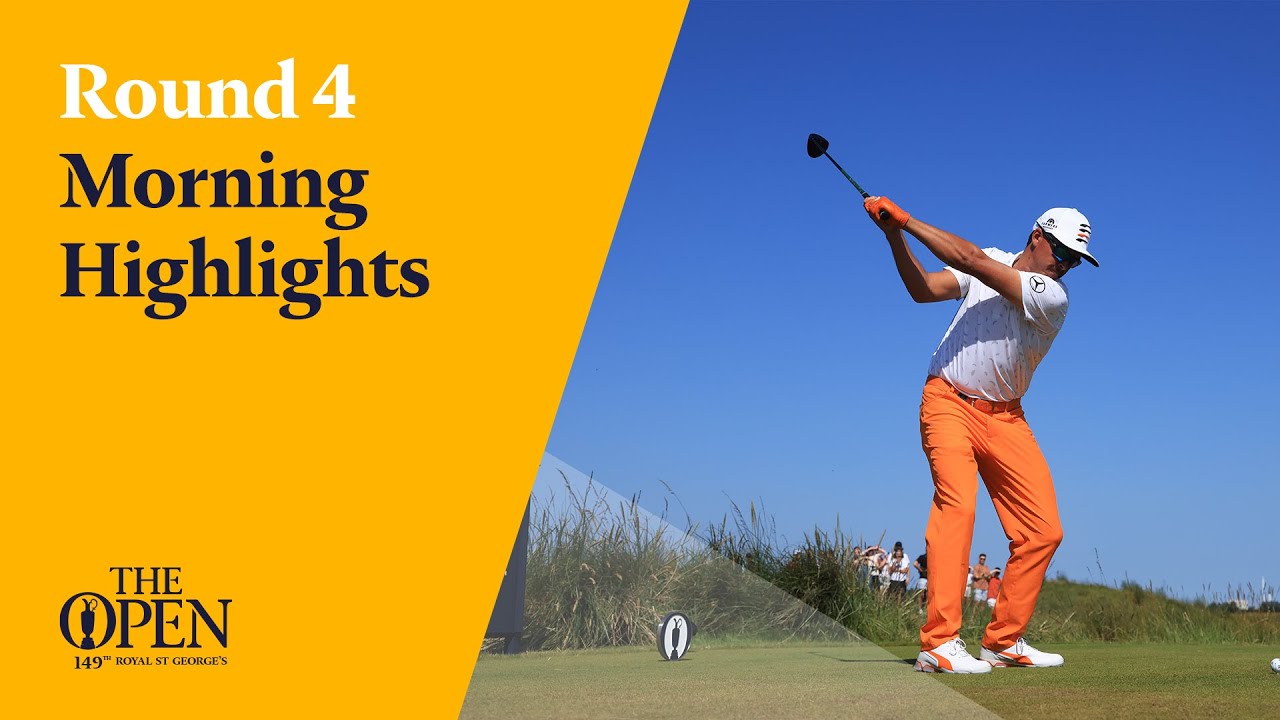 SANDWICH, England — Collin Morikawa gazed adoringly at the claret jug, thrust it into the air and then gave it a kiss, a two-time major champion at age 24.

This time there were people to cheer him.

The American closed with a bogey-free, 4-under 66 and won the British Open in his debut Sunday, becoming the first player to capture two different majors on the first attempt.

His victory 11 months ago on his PGA Championship debut came in the first major with no spectators amid the pandemic.

So it was a very different scenario for Morikawa, a mature-beyond-his-years Californian, as he made one of the greatest walks in golf down the 18th fairway at Royal St. George's, first to applause and then to a standing ovation.

After tapping in for par to win by two shots over Jordan Spieth, he gave a fist pump before applauding the spectators in the huge grandstand around the 18th green, part of a crowd of 32,000 people that made for the biggest gallery in golf since before the coronavirus pandemic.

"I am obviously very biased being from the U.S., but I'm seeing some of the best crowds I have ever seen out here," Morikawa said in his victory speech on No. 18.

"Those are the moments, the few seconds that you embrace so much," he added. "You look around, every seat is packed, everywhere is packed with people."

They got to witness a player making a historic start to his major championship career.

Morikawa is halfway to the career Grand Slam after eight starts and the first player since Bobby Jones in 1926 to win two majors in so few appearances. He follows Gene Sarazen, Jones, Jack Nicklaus, Seve Ballesteros, Tiger Woods, Rory McIlroy and Spieth in winning multiple majors before turning 25.

"When you make history," he said, "it's hard to grasp, it's hard to really take it in. ... At 24 years old, it's so hard to look back at the two short years that I have been a pro and see what I've done because I want more."

He did it with style amid immaculate weather on the links off Sandwich Bay, flushing shots with his irons and getting up-and-down on the rare occasions he found trouble. He called his putting display one of the best of his short career, turning a statistical weakness into a strength.

Starting the final round one shot behind Louis Oosthuizen, Morikawa was tied for the lead after four holes and then made three straight birdies on Nos. 7-9 to overtake the South African, who hadn't trailed since the 12th hole of his second round.

Morikawa made key par saves — pumping his fist both times — at Nos. 10 and 15, between which he rolled a birdie putt up and over a ridge and into the cup on the 14th to build a two-stroke lead he never lost. Spieth parred his final four holes and also shot 66.

By making par at the last after another perfect drive, Morikawa played his final 31 holes without a bogey on a course that has confounded many great players because of its quirky bounces and undulating fairways.

All the more remarkable was that this was his first major test on a seaside links. Morikawa had little experience with this style of golf before playing the Scottish Open last week at The Renaissance Club, which is not a traditional links but featured the kind of tight lies and rolling terrain that prepared him for it. He even had three new irons in his bag this week.

He completed a feat achieved by Ben Curtis on the same course in 2003, winning golf's oldest championship in his links debut.

For Oosthuizen, who was seeking a wire-to-wire win and a second claret jug — he had a runaway victory at St. Andrews in 2010 — it was another near miss in a career full of them. He was runner-up this year at the PGA Championship and the U.S. Open, two of his six second-place finishes at majors.

This time Oosthuizen tied for third with U.S. Open champion Jon Rahm (66) after closing with a 71 — his first round not in the 60s this week. He never recovered from losing his lead with an ugly bogey on the par-5 seventh hole. He caught way too much ball out of the greenside bunker with his third shot, which bounced onto the putting surface and landed in a bunker on the other side.

Morikawa made a routine birdie on the hole to move two ahead of Oosthuizen. Spieth had made eagle at No. 7 a few minutes earlier.

"Well I do know one thing, the fans at the Open are second (or third) to none," Oosthuizen said on Twitter, having declined to talk to reporters. "Thank you for the incredible support this week, and congrats to Collin Morikawa who played with class and grit today."

Spieth had his closest call in a major since winning the British Open in 2017 at Royal Birkdale. Missing an 8-foot par putt at No. 4 and hitting his tee shot into a bunker at No. 6 led to dropped shots. He made up for those with his eagle and played the final 10 holes in 4 under.

"I did everything I could in the past few hours to win this championship," Spieth said.

It was his bogey-bogey finish on Saturday — he missed a 2-foot par putt on the 18th — that Spieth mostly regretted.

The West High product who splits time between his home in Lehi and Scottsdale, Arizona shot 70-66 to make the cut for the 15th time in his last 17 major championships. He struggled to a 2-over 72 moving day Saturday, but rebounded with six birdies Sunday to finish in the top 15.