The welcome screen for the Robinhood App is displayed on a screen in this photo illustration January 29, 2021. Several people from across the country reached out to KSL Consumer Investigator Matt Gephardt after getting locked out of Robinhood. (Brendan McDermid, Illustration, Reuters) 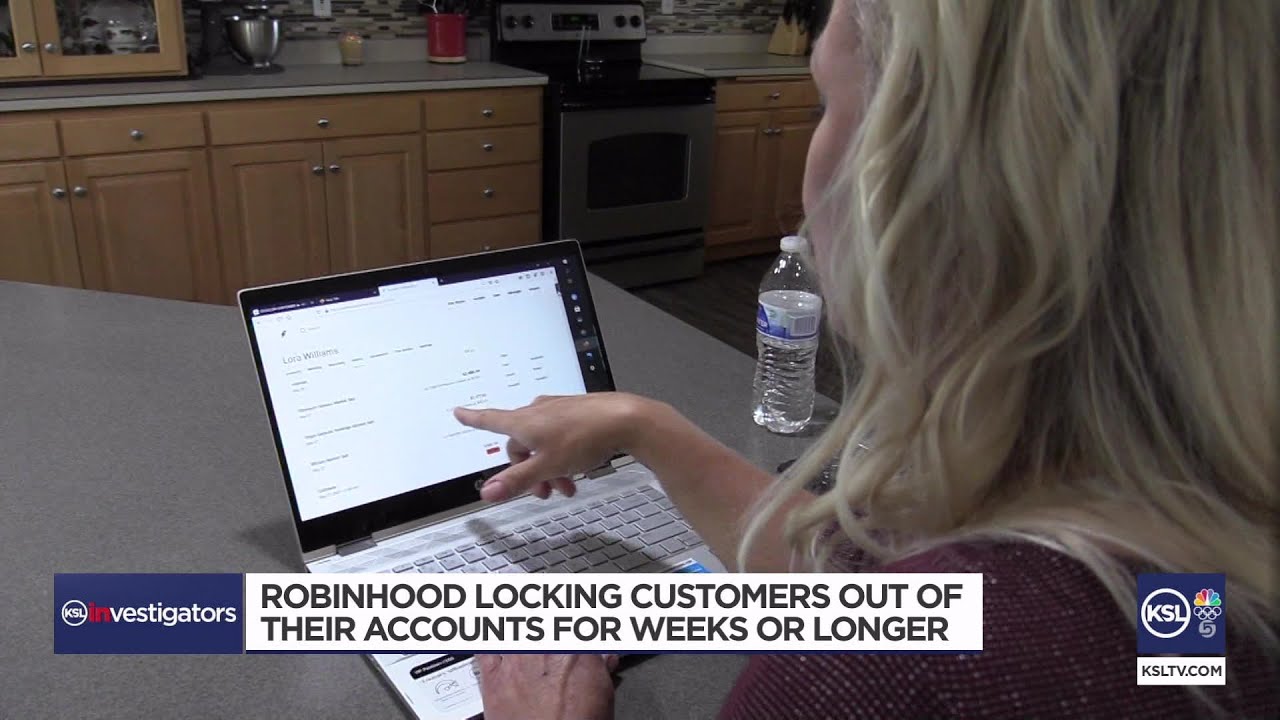 That's why several people from across the country reached out to KSL Consumer Investigator Matt Gephardt after getting locked out of Robinhood – an app that aims to be a "financial system for everyone."

The complaints started after a KSL Investigates story in April about Robinhood's lack of phone support for customers experiencing a problem with their account.

Katy Spencer reached out from her home in Houston, Texas, after a hacker accessed her Robinhood account.

"One morning, I woke up and a code was sent to me," she told KSL TV. "That means that somebody was trying to log into my account."

Spencer said she tried changing the password on her account, but the email with the link to do so never arrived. She immediately emailed Robinhood — the only method of communication provided for customer service.

"They got back to me pretty quickly to say, 'We've locked your account,'" she said.

But 10 days later, Spencer decided to call KSL Investigators when Robinhood wouldn't give any information on her account. By that point, she claimed she had given Robinhood all necessary documentation to prove she was the owner of her account.

Her frustration stemmed from discovering the scammer had ordered a Robinhood debit card, and it was sent just days after Spencer emailed Robinhood, notifying them of the fraud.

"The day after I got an email notification that $5,000 had been taken out of my checking account," Spencer said.

Linda Preece of Cache County contacted KSL TV on behalf of her mother, whose Robinhood account was also taken over by an unauthorized person. Like Spencer, Preece lamented the inability to get answers or phone support from Robinhood.

"I immediately started searching for Robinhood's support phone number," said Preece. "There is one listed, but when you call it, they hang up on you. There's nobody that answers. They say, 'Please refer to our support online.'"

Preece's mother had put her savings into her Robinhood account — about $170,000. Despite multiple emails to Robinhood support, she also was unable to get updates on the account.

"It's been emotionally draining just trying to contact them," said Preece.

KSL TV also heard from people in Ohio and Florida who said when they did an internet search for 'Robinhood customers locked out of their account,' our initial story came up, prompting them to reach out for help, too.

'It may take longer than usual to get a response'

When we reached out to Robinhood to get answers for Spencer and Preece, Robinhood told us it's "not able to provide details of customer accounts."

Its spokesperson confirmed the company doesn't "currently have a way to request a call for customers who are locked out of their account" and pointed us to a link for email support. That link includes a disclaimer: "You can also contact us, but it may take longer than usual to get a response."

On June 30 FINRA, the Financial Industry Regulatory Authority, levied a $57 million fine against Robinhood, the largest ever issued, and ordered the company pay its customers $12.6 million in restitution for providing "false or misleading information" on things like options trading, buying power and margin calls.

FINRA found Robinhood "failed to report to FINRA tens of thousands of written customer complaints that it was required to report."

We reached out to Robinhood about these punitive actions. Jacqueline Ortiz Ramsay, the head of Public Policy Communications, provided this statement:

"Robinhood has invested heavily in improving platform stability, enhancing our educational resources, and building out our customer support and legal and compliance teams. We are glad to put this matter behind us and look forward to continuing to focus on our customers and democratizing finance for all."

Robinhood was aware of the rise in fraudulent account takeover attempts, pointing us to this tweet about recent phishing attacks on their customers. One cybersecurity firm told Marketwatch that they've seen a 250% increase in account takeover fraud from 2019 to 2020.

The good news is, the KSL Investigators found Robinhood investors are protected from fraud. According to the company's website, Robinhood "will cover 100% of direct losses due to unauthorized activity" in customer accounts. They list securities and cryptocurrency as protected, as well as requirements for customers to safeguard accounts.

One caveat with this coverage is the requirement for customers to notify their brokerage of fraudulent activity in writing. Not doing so could mean "your eligibility for SIPC protection may be compromised."

As for complaints about customer service, including the inability to access one's brokerage account, those can be made to FINRA and the SEC.

After our emails to Robinhood, both Spencer and Preece were able to access their accounts once more. Both discovered their securities and crypto had been sold, but Robinhood reinstated their shares. Preece told us Robinhood did not reinstate her mother's cryptocurrency purchases.

Their frustration remains that Robinhood was less than responsive in their respective situations.

"It's sad to know that I have to go to a news outlet for help for a company that has a net worth of close to $13 billion," said Spencer.