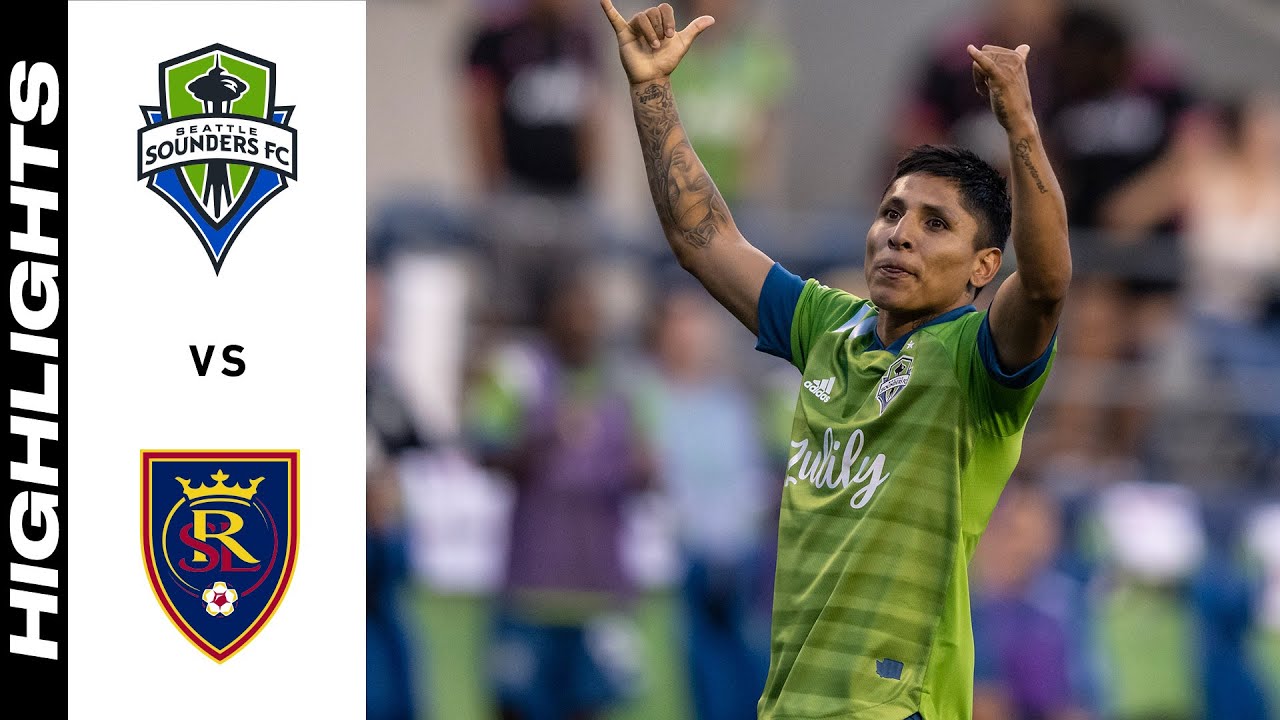 SANDY — It wasn't the final result of Seattle's seventh win in 10 matches — the best mark in Major League Soccer — that will sting Real Salt Lake after Wednesday's match.

It was the manner of the Sounders' victory that hurts.

Cristian Roldan scored the opener, and RSL and the Seattle Sounders traded penalty kicks in the second half en route to Seattle's 2-1 win at Lumen Field that marked the franchise's best start to an MLS season.

Albert Rusnak converted a penalty kick for Real Salt Lake, which fell to 3-2-3 with their first loss in five matches.

"It's a tough game. You come into Seattle and you know they would be full of energy," RSL coach Freddy Juarez said after the match. "They were buzzing … and it took us a little bit. Their energy forced us to lose the ball a bit more than usual, especially in the first half.

Roldan struck first for Seattle, breaking through by burying a rebound in the 58th minute to put the Sounders up 1-0 on the 13th shot of the match and fifth on frame.

RSL goalkeeper David Ochoa made an initial save on a right-footed attempt from Will Bruin, but the 20-year-old keeper parried the ball down to the feet of Roldan, who calmly gave Seattle a deserved lead at home.

But Rusnak pulled the visitors even from the penalty spot in the 79th minute, converting from the spot to tie the match at 1-1. The Slovakian international scored his first goal of the year after Rubio Rubin from Seattle goalkeeper Stefan Cleveland, who nicked the former U.S. international in the box to prevent a one-on-one opportunity.

There was little hesitation as to who would take the penalty but the RSL captain — and Rusnak made good on his teammate's confidence.

Moments later, head referee Ted Unkel went the other away, though, pointing to the spot after a foul in the box by Anderson Julio. Ruidiaz was happy to convert to give the Sounders the 2-1 edge in the 89th minute for all the scoring the hosts needed.

It was a controversial penalty call, if nothing else. But then again, Seattle fans may feel the same way about Rubin's penalty that led to Rusnak's goal.

The 2-1 loss to the hottest team in the league isn't all bad, Rubin admitted. But the way it came about will leave RSL disappointed, if nothing else.

His 8th goal of the season has @SoundersFC back in front. #SEAvRSLpic.twitter.com/OiC1EfMP9b

"I think we knew that Seattle was the hottest team in MLS, and they are able to play great at home and on their turf," Rubin added. "But I think we fought hard the whole game, we were tied with 5-6 minutes to go, and to give up a goal like that — especially that way, with your hand up — it's tough. It's gutting.

"We just have to throw this game behind us and move on. Saturday is coming quick, and we can't dwell on this loss."

RSL withstood an early flurry — eight shots faced in the first 35 minutes — to hold Seattle scoreless despite conceding 63% of possession in the opening half hour.

The Sounders outshot Salt Lake 9-3 in the first half, including a 2-1 advantage on goal. But Ochoa made a pair of saves, and RSL's defense blocked four shots to keep Seattle at bay during a scoreless first half.

That the visitors weren't trailing at halftime was a bright spot. So, too, was the emergence of a former U.S. international off Real Salt Lake's bench.

Fresh off his time in Germany, Bobby Wood made his MLS debut in the 67th minute for RSL, entering the match as a second-half substitute in place of Nick Besler. Pablo Ruiz replaced Everton Luiz in a concurrent move as Juarez inserted two strikers into the Salt Lake lineup with Rubin.

After multiple chances in front of goal, @SoundersFC lead 1-0! #SEAvRSLpic.twitter.com/ZZYHwObmTP

"Rubio was dealing those big boys in there, and Seattle has three big center backs," Juarez said of his squad's new striker. "But I saw a few moments where we played it into Bobby, and it was like they hit a wall. I think that's going to be very good.

"As soon as the ball goes wide, he wants to get in the box. He wants to score goals, and that's important. You saw his leadership, talking to the guys, and that was very important."

The Sounders were on a historic run, their best start in the franchise's MLS history with a nine-match unbeaten run to open the season. Seattle was the first MLS team to put together a string of nine to open a season; the last time a club won or tied 10 in a row? 2014, when Real Salt Lake set the standard.

The first loss of that season? Seattle, 4-0.

"This is the best team in MLS right now; the record shows it," Juarez said. "We take some things from it, and that's it. We needed to close things off and we would've left with a point. But that's it, and now the focus is all on Houston."

Real Salt Lake returns home to host the Houston Dynamo on Saturday. Kickoff is scheduled for 6 p.m. MT on TUDN and Twitter.