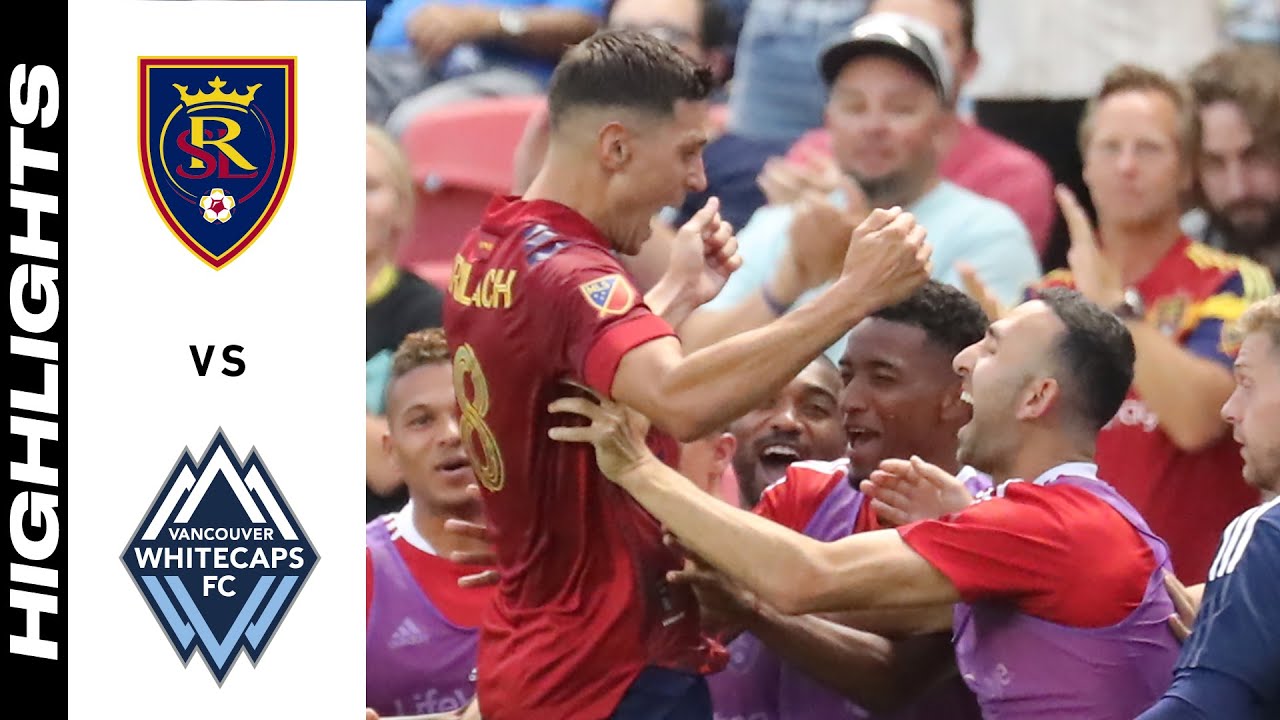 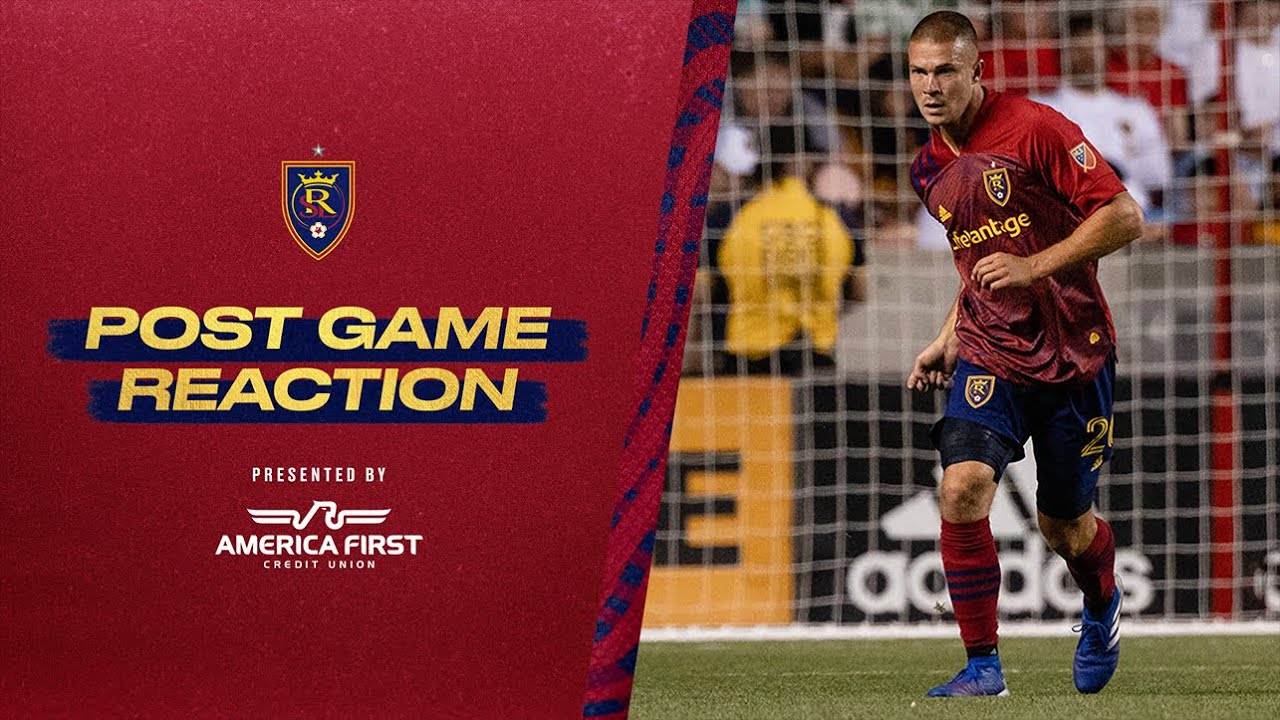 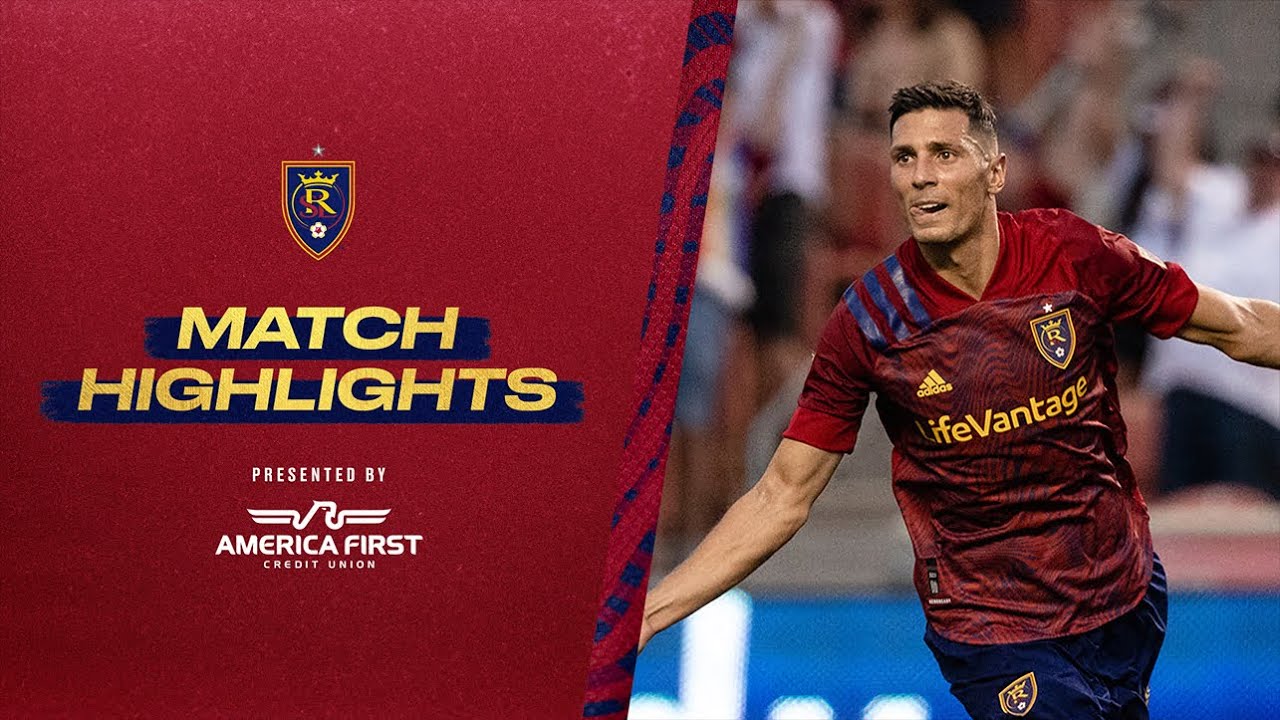 From the moment his head touched the ball, to the moment it hit the back of the net, through the end of the match and into the virtual locker room setting, Holt was smiling. It was a smile so wide everyone else smiled back at him.

He had good reason for the toothy grin, though. They say you'll always remember your first, and Holt will definitely remember his first career MLS goal.

Holt buried the match-winner off a long throw in the second minute of extra time and Damir Kreilach bagged a brace to help Real Salt Lake to a 3-1 win over the Vancouver Whitecaps, snapping a four-match winless skid in front of an announced crowd of 15,109 fans in the first match following a three-week international break Friday night at Rio Tinto Stadium.

Holt's goal gave RSL a win for the first time since May 1, a run that spanned five matches and a three-week international break during which goalkeeper David Ochoa and the United States men's national team won the inaugural CONCACAF Nations League.

Kreilach added his second goal in the fifth minute of stoppage time for RSL, which improved to 3-1-3 for 12 points on the season.

Recent signing Bryan White scored for the Whitecaps (2-5-1, 7 points), who have played home matches in Sandy since the start of the season.

But that game-winner? It meant a little bit more to Holt.

A few weeks ago, the RSL Academy product who played with UCLA and Real Monarchs had a similar chance to seal a victory against Nashville, a set-piece opportunity at the death that went wide as Real Salt Lake played to a scoreless draw on May 15. Life doesn't always give you second chances, but Holt took advantage of one Friday night.

"I can't even put into words. I can't believe it," a beaming Holt said. "I had an opportunity against Nashville to help win the game, and I'm so happy, so humble, and so proud of the team. I can't explain it."

Holt wasn't planning to crash the penalty box in those dying moments, as a young center back who has to pick his chances to get forward. But head coach Freddy Juarez pulled him at the last minute, and the 6-foot-1 24 year old from San Diego was in the right place to finish off Aaron Herrera's long throw-in for the match-clinching goal.

"When you get toward the end of the game, you throw numbers up and Erik put himself in a good spot," Juarez said. "I'm so happy for him; he got a game-winner in an important time, and got us three points, which is important."

But RSL wasn't done. The team has given up 2-1 leads before — even late game-winners to the likes of San Jose and Chris Wondolowski, if anyone with an 801 area code cares to recall.

Which is why Kreilach didn't stop. Already sitting on a goal, the RSL vice-captain sprinted forward toward the left side of the box to head home a perfect cross from Justin Meram for his fifth goal of the season.

"It was a perfect ball, so I didn't have a difficult job to do it," Kreilach said. "It was great assist, and that's what Meram does well all day long. All credit to him, and at the end of the day to the whole team. It's all about the team, and we showed today this is how we want to react."

It may have felt like 300 or 400 chances in the first half, but in reality, it was six. Still, RSL was knocking on the door for the whole of 45 minutes before halftime, and deserved the 1-0 advantage — if not more — thanks to Kreilach's first goal on a well-thought backwards pass from Albert Rusnak in the 43rd minute.

RSL out-shot the visitors who have played host to Rio Tinto Stadium since the start of the season 6-2 in the first half, including a 4-1 margin on frame. That includes 56% of possessions and a whopping 82.4% passing accuracy in the first 45 minutes.

That changed in the second half when Vancouver took eight of the first 12 shots, including White's equalizer less than 10 minutes into the half. The Whitecaps finished with 13 shots but converted on 50% of their best scoring chances to try to steal a point on the road in the same stadium they've called home for eight matches due to travel restrictions related to the COVID-19 pandemic that makes transversing the United States-Canadian border difficult.

Still, Real Salt Lake never gave up — even when Vancouver had them up against it.

"It's all about mentality," Kreilach said. "We knew what happened against San Jose, against Minnesota, and you don't want to do the same mistake again. We found a way, and it was a great response. Sometimes you lose the games, sometimes you win, and today was a lot on our side. Overall, I want to say we deserved to win tonight.

"First half, we had like 3-400 chances but didn't find the back of the net. And in the second half, we deserve to get the three points and score the goals we did."