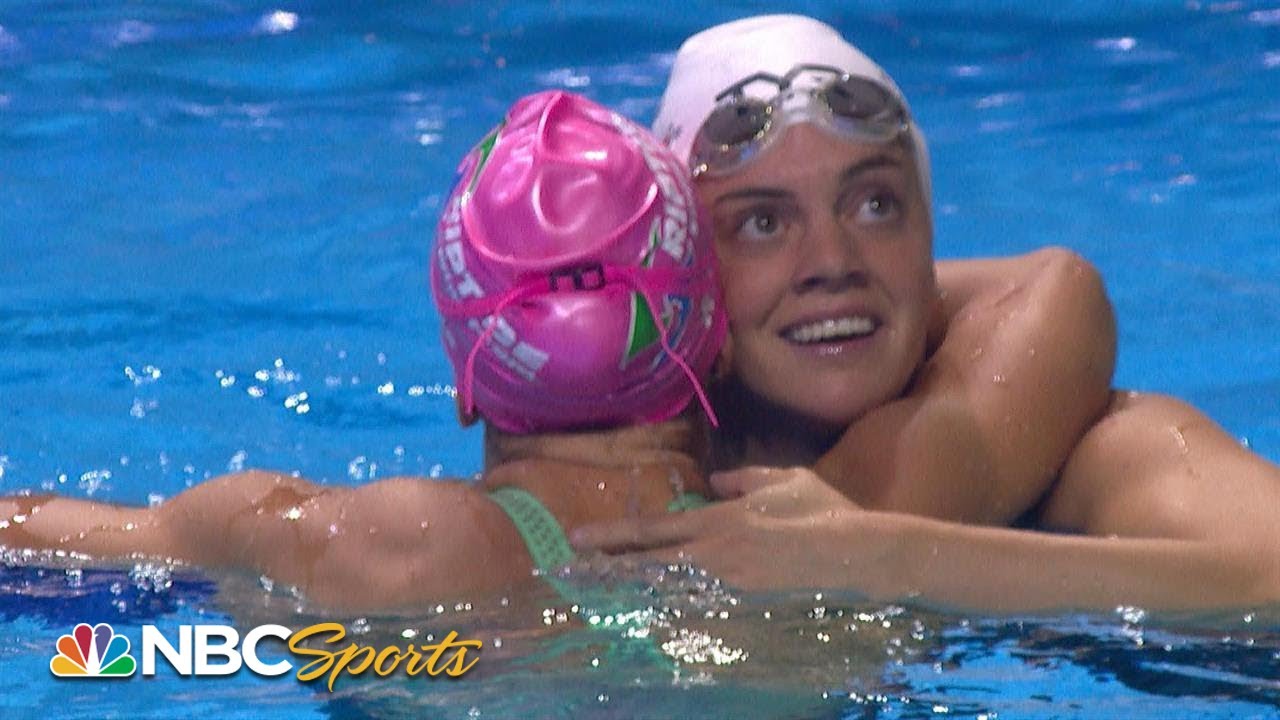 BOUND FOR TOKYO — Damian Lillard put Weber State on the map during his All-American career with the Wildcats from 2008-12.

For the first time in his NBA career, his map expanded internationally.

Lillard was named to the 12-man Team USA basketball roster for the 2020 Olympics in Tokyo, becoming just the second-ever Weber State alumnus to compete in the Summer Games, and the first since All-American track star and Weber State Hall of Famer Lindsey Anderson ran in the steeplechase during the 2008 Beijing Olympics.

The former two-time Big Sky Conference MVP and three-time all-league first-team selection was second in the nation in scoring as a junior in 2011-12 and became the first player in Big Sky history to earn All-American honors. Under Lillard, the Wildcats captured two Big Sky titles before being the No. 6 overall pick of the NBA draft in 2012.

In nine seasons with the Portland Trail Blazers, the 2013 NBA Rookie of the Year has earned six All-NBA selections and six All-Star bids, becoming one of the brightest stars to shine out of the Ogden-based university.

Below is a list of U.S. Olympians from Utah or with Utah ties that have qualified for a spot on a roster in Tokyo. Check back regularly for updates to the list.

The 5-foot-6 junior who swims for Alabama became the first U.S. Youth Olympian to qualify for the United States' senior Olympic team when she finished second in the 100-meter backstroke with a time of 58.60 seconds at the U.S. Olympic trials in Omaha, Nebraska. She then added a first-place finish in the 200 back with a time of 2:05.73 to punch her second ticket to Tokyo.

Herriman native Rhyan White qualifies for her second event in #Tokyo2020 with a first-place finish in the 200M backstroke. White clocked a time of 2:05.73 in Omaha.

The son of Cuban immigrants who grew up in Florida, Alvarez played shortstop for the 2011 Scenic West Athletic Conference champion Bruins, when he batted .303 and went on to a professional career in the Chicago White Sox and Miami Marlins organizations. He most recently played for the Marlins' Triple A affiliate, the Jacksonville Jumbo Shrimp, for most of the 2021 season.

Tokyo won't be Alvarez's first Olympic experience, though. He previously qualified to represent Team USA in short-track speed skating, a Junior Worlds standout in 2008 and 2009 in the 3,000-meter relay. He became the first Cuban-American male speed skater to compete for Team USA in Sochi in 2014, when he won a silver medal in the 5,000-meter relay.

Alvarez helped Team USA during Olympic qualifying in May, including scoring a run during the Yanks' 7-1 win over Nicaragua to open the tournament and going 2 for 3 with a pair of doubles in an 8-6 win over the Dominican Republic.

A top-12 climber in the world, Coleman will compete as part of the four-man U.S. coalition as sport climbing debuts at the Summer Games in Tokyo for the first time in Olympic history.

The Murray High graduate most recently placed 12th in the combined event at the world championships in 2019, along with 17th in bouldering, 30th in lead and 34th speed. The 24-year-old Coleman is in his fourth season as a pro, and joins Minnesota's Kyra Condie and Colorado's Colin Duffy and Brooke Raboutou, a San Diego grad who holds the distinction of first-ever American to qualifying for an Olympic sport climbing event.

The 5-foot-8 mountain biker has been cycling since she was 9 years old, won a national title at 14, and has won championships at the junior, U-23 worlds, and U-23 World Cup levels. She was also on the U.S. relay team that won a silver medal at the 2019 world championships.

The 22-year-old Batten grew up in Park City and won her first youth national title in Sun Valley, Idaho. She's raced professionally since she was 17, when she joined CLIF Pro Team (Luna Chix).

The only sevens player on the U.S. team with a dual passport, Matyas is originally from Calgary, Alberta, grew up in Las Vegas, and spent plenty of time in Utah prior to playing rugby collegiately at Brigham Young University. The 2016 BYU graduated starred for the Cougars' club program while her sister, three-time AVCA All-American Alexa Gray, was starring with the women's volleyball program.

Matyas started playing rugby when she was 14, and matriculated into the USA Rugby Sevens residency program, where she eventually helped the United States to a fourth-place finish at the 2018 Rugby World Cup.

Matyas, who will turn 28 on July 2, also played with the United States' 15s at the 2015 Super Series and mer her World Series debut at the 2017 Japan Sevens. She lives in San Diego, where her husband Ryan coaches youth rugby.

A former three-time NFCA All-American and Pac-12 Player of the Year in 2016, Flippen was named to the 18-player roster for the Tokyo Olympics in 2019 prior to the games' postponement in 2020.

Flippen capped a stellar career in 2017, becoming Utah's all-time leader in runs, hits and batting average and the first four-time All-Pac-12 honoree in school history. She went on to a professional career with the Chicago Bandits, and also volunteered with the Utes as an assistant coach.

Flippen's former Utah teammate Anissa Urtez was also named to the Mexico national team roster for the Tokyo games after helping lead the fifth-ranked Mexican side to its first Olympic tournament by winning the World Baseball/Softball Conference Americas qualifier.

A member of the U.S. men's national team since 2012, Sander captained the United States during select tournaments in 2018 and 2019 and was named to the 12-man roster for the 2020 Summer Games in Tokyo.

A three-time AVCA first-team All-American at BYU, Sander most recently helped the team to the gold medal at the FIVB Tokyo men's volleyball qualification tournament in 2019 and a silver-medal performance in the 2019 Volleyball Nations League finals.

An alternate for the U.S. Olympic team, Sander is the younger brother of Taylor who graduated from BYU in 2018. The 6-foot-4 outside hitter was a four-year starter in Provo, where he wrapped up his standout career with 1,061 kills, 344 digs and 110 aces for the Cougars.

An alternate for Team USA who was born in Layton, Patch turned pro after three seasons at BYU before signing a contract to play in Germany. After leading Provo High to a club state championship, Patch went on to an All-American career at BYU, where he wrapped up his stellar career with 1,020 kills, 49 aces and 303 digs. He currently competes for Berlin Recycling Volleys in the German Bundesliga.

Slabe, who played outside hitter at BYU from 2000-03 alongside current head coach Shawn Olmstead, was an assistant coach on the Cougars' men's team until his current appointment with USA Volleyball in 2018, will enter his first Olympic rotation on veteran coach Karch Kiraly's staff.

With Slabe on staff, BYU posted a 75-16 record in three seasons, including consecutive NCAA runner-up finishes in 2016 and 2017 and an outright MPSF title in 2016. The Cougars earned eight AVCA All-American citations in those years, including Patch, Brenden Sander and Jake Langlois — with Slabe playing a key role in the development of each.

A native of Ljubljana, Slovenia, Slabe was briefly the head coach of the Slovenian men's national team, including during the European Championships in 2013 and European League in 2014. After graduating with a degree in athletic training, he went on to a five-year professional career in Europe before returning to coaching in 2008.

The 6-foot-7 native of Bountiful who graduated from the University of Utah will be making his fourth appearance at the Summer Games, having first qualified in 2008. Gibb and his playing partner Taylor Crabb, with whom he started in 2017, are currently ranked No. 8 in the world in beach volleyball, and Gibb is coming off back-to-back seasons of USA Volleyball's beach player of the year in 2018 and 2019.

Beyond volleyball, the 45-year-old Gibb is a two-time cancer survivor, having previously recovered from testicular and skin cancers. Gibb and his wife Jane are the parents of two children.