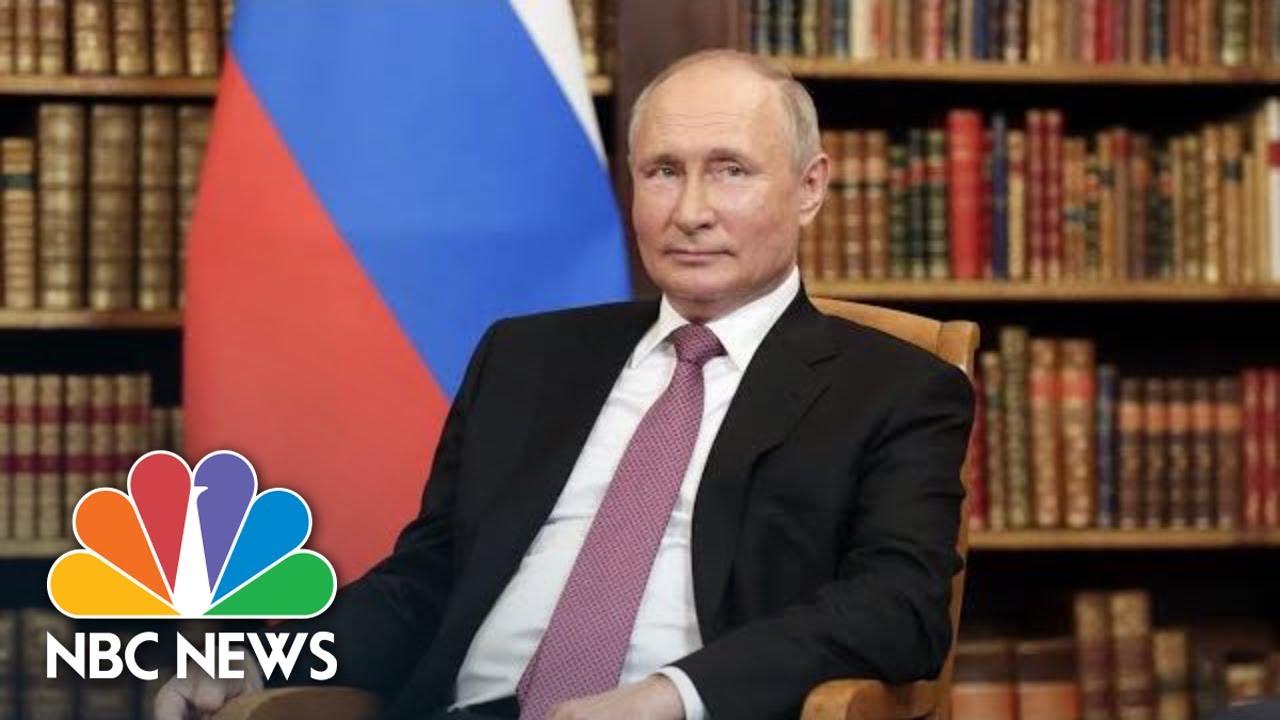 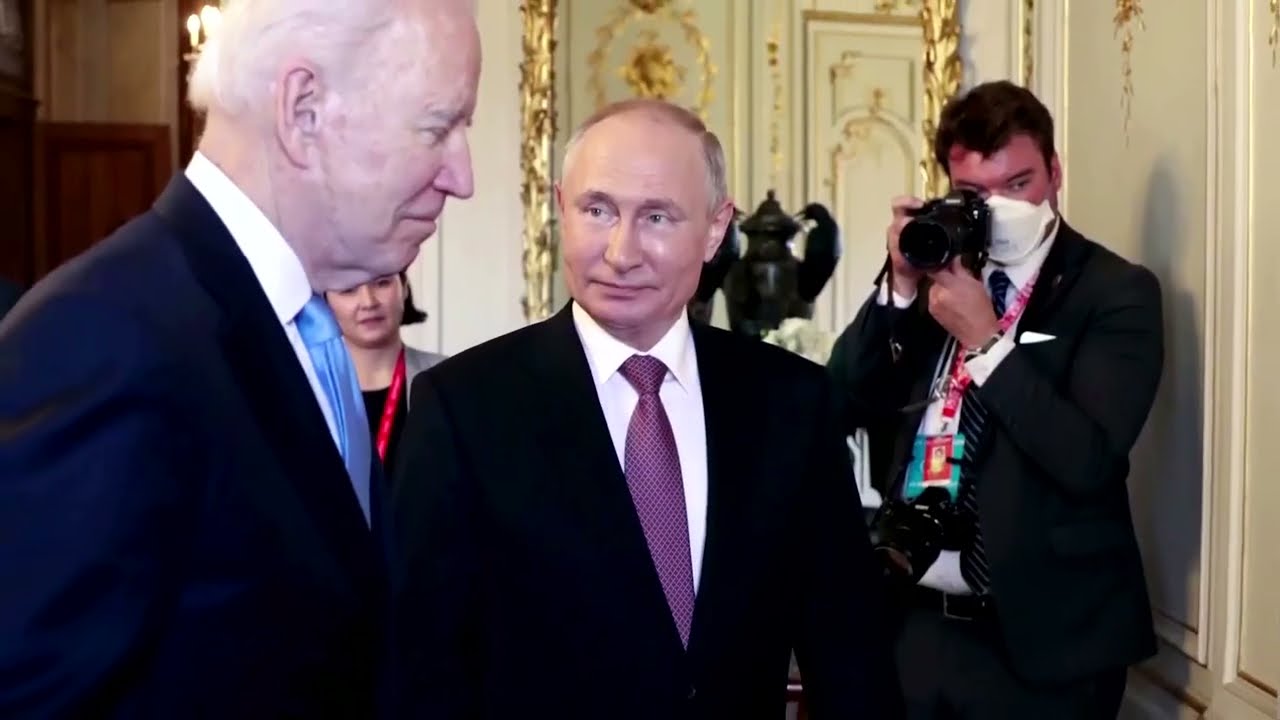 GENEVA (Reuters) — U.S. President Joe Biden and Russian President Vladimir Putin agreed on Wednesday to begin cybersecurity and arms control talks at a summit that highlighted their discord on those issues, human rights and Ukraine.

In their first meeting since he took office in January, Biden asked Putin how he would feel if a ransomware attack hit Russia's oil network, a pointed question making reference to the May shutdown of a pipeline that caused disruptions and panic-buying along the U.S. East Coast.

While Biden stressed that he did not make threats during the three-hour meeting, he said he outlined U.S. interests, including cybersecurity, and made clear to Putin that the United States would respond if Russia infringed on those concerns.

Both men used careful pleasantries to describe their talks in a lakeside Swiss villa, with Putin calling them constructive and without hostility and Biden saying there was no substitute for face-to-face discussions.

They also agreed to send their ambassadors back to each other's capitals. Russia recalled its envoy after Biden said in March that he thought Putin was a "killer." The United States recalled its ambassador soon after.

Putin said on Wednesday that he had been satisfied by Biden's explanation of the remark.

But there was no hiding their differences on issues such as human rights, where Biden said the consequences for Russia would be "devastating" if jailed Kremlin critic Alexei Navalny died, or cyberspace, where Washington has demanded Moscow crack down on ransomware attacks emanating from Russian soil.

"I looked at him and said: 'How would you feel if ransomware took on the pipelines from your oil fields?' He said: 'It would matter,'" Biden told reporters at an unusual solo news conference, itself an illustration of the tensions between the two nations.

The query referred to a cyberattack that closed the Colonial Pipeline Co system for several days in May, preventing millions of barrels of gasoline, diesel and jet fuel from flowing to the East Coast from the Gulf Coast.

Biden also vowed to take action against any Russian cyberattacks: "I pointed out to him that we have significant cyber capability. And he knows it."

'This is not about trust'

Speaking to reporters before Biden, Putin dismissed U.S. concerns about Navalny, Russia's increased military presence near Ukraine's eastern border and U.S. suggestions that Russians were responsible for the cyberattacks on the United States.

He also suggested Washington was in no position to lecture Moscow on rights, batting away question about his crackdown on political rivals by saying he was trying to avoid the "disorder" of a popular movement, such as Black Lives Matter.

"What we saw was disorder, disruption, violations of the law, etc. We feel sympathy for the United States of America, but we don't want that to happen on our territory and we'll do our utmost in order to not allow it to happen," he said.

He also seemed to question the legitimacy of arresting the rioters who attacked the U.S. Capitol on Jan. 6, seeking to stop Biden's certification as president after he beat his predecessor, Donald Trump, in the November election by over 7 million votes.

Biden said any comparison between what happened on Jan. 6 and the Black Lives Matter movement was "ridiculous."

U.S.-Russia relations have been deteriorating for years, notably with Russia's 2014 annexation of Crimea from Ukraine, its 2015 intervention in Syria and U.S. charges - denied by Moscow - of meddling in the 2016 election won by Trump.

Neither side gave details on how their planned cybersecurity talks might unfold, although Biden said he told Putin that critical infrastructure should be "off-limits" to cyberattacks, saying that included 16 sectors that he did not publicly identify.

"We need some basic rules of the road that we can all abide by," Biden said he had told Putin.

Biden said he raised human rights issues because it was in the "DNA" of his country to do so, and also because of the fate of U.S. citizens jailed in Russia.

Putin said he believed some compromises could be found, although he gave no indication of any prisoner exchange deal.

Putin, 68, called Biden, 78, a constructive, experienced partner, and said they spoke "the same language." But he added that there had been no friendship, rather a pragmatic dialogue about their two countries' interests.

"President Biden has miscalculated who he is dealing with," said U.S. Republican Sen. Lindsey Graham, who is close to Trump. He called it "disturbing" to hear Biden suggest that Putin cared about his standing in the world.

Trump was accused by both Democrats and some Republicans of not being tough enough on Putin, particularly during a jovial 2018 meeting in Helsinki between the two leaders.

This time, there were separate news conferences and no shared meal.

Both Biden and Putin said they shared a responsibility, however, for nuclear stability, and would hold talks on possible changes to their recently extended New START arms limitation treaty.

In February, Russia and the United States extended New START for five years. The treaty caps the number of strategic nuclear warheads they can deploy and limits the land- and submarine-based missiles and bombers to deliver them.

A senior U.S. official told reporters that Biden, Putin, their foreign ministers and interpreters met first for 93 minutes. After a break, the two sides met for 87 minutes in a larger group including their ambassadors.

Putin said it was "hard to say" if relations would improve, but that there was a "glimpse of hope."

"This is not about trust, this is about self-interest and verification of self-interest," Biden said, but he also cited a "genuine prospect" of improving relations.