Jazz spiral in first half of Game 4 loss to Clippers; series tied 2-2

Utah Jazz head coach Quin Snyder, left, talks to his team during a timeout in the second half in Game 4 of a second-round NBA basketball playoff series against the Los Angeles Clippers Monday, June 14, 2021, in Los Angeles. (Mark J. Terrill, Associated Press) 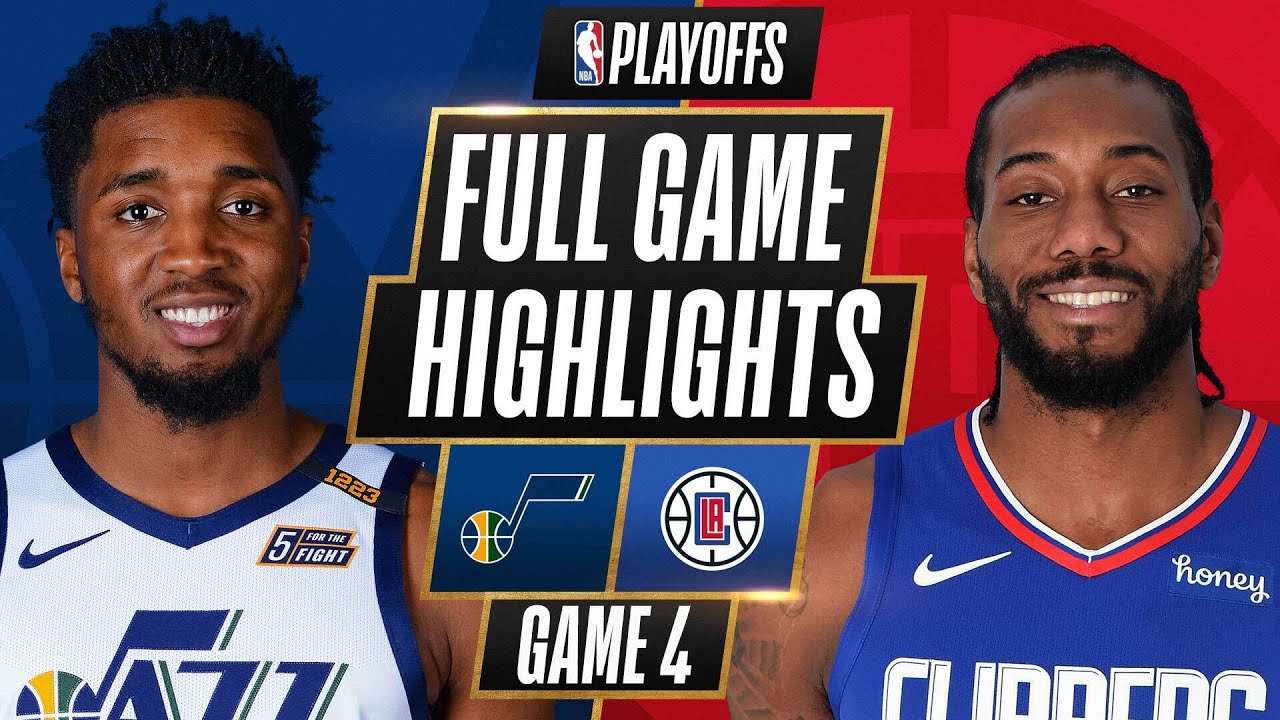 He had just committed a swiping foul on Kawhi Leonard, giving the Los Angeles Clippers a free point in a game where they didn't need any. It wasn't the foul that caused Mitchell's aggravation, though, it was everything leading up to it: The bogged down offensive possessions, the missed defensive rotations, the apparent ever-growing deficit.

The Utah Jazz went into Game 4 confident they had counters for what LA threw at them in Game 3. But it took all of 2 minutes and 12 seconds to show that wasn't the case.

That abysmal start spelled Utah's doom early in a 118-104 loss in Game 4 at Staples Center. The Clippers and Jazz are now tied 2-2 in the best-of-seven series. Game 5 will be back in Salt Lake City on Wednesday.

After a couple days of film, the Jazz were sure they could overcome LA's trapping and double teaming of Mitchell; they didn't — at least not early.

The Jazz had no rhythm of offense, no urgency on defense and zero aggression on either end of the floor. Everything seemed rushed, which led to multiple possessions of isolation ball and forced shots — all while the Clippers ran almost unimpeded on the other end for easy buckets.

"We weren't putting ourselves in situations where we could have success, and I think defense can can cover up for that to an extent and allow you to sputter a little bit offensively. But in this case, we were giving up baskets, too, and suddenly, you know, you had a big deficit," Jazz coach Quin Snyder said.

Paul George and Kawhi Leonard both finished with 31 points apiece for the Clippers, taking turns shredding Utah's defense. Marcus Morris Sr. finished with 24 points, all with the help of five made 3-pointers.

If you're looking for a moral victory: The Jazz finally looked a bit more like themselves in the second half. Led by Mitchell, who finished with 37 points, five assists and five rebounds, the Jazz were able to cut the lead to 14 midway through the third quarter.

That was one of a few moments of hope for the Jazz. They had a 10-2 spurt early in the fourth and then a larger 24-9 run late in the game that helped cut the lead to as little as 10. But each time the Jazz were on the precipice of making it a game, George would find space for a drive or Leonard would hit one of his trademark midrange shots, or Marcus Morris would tickle the twine from behind the arc.

It may not feel like it after two blowouts in LA, but it's still a 2-2 series, and the Jazz still have the homecourt advantage. But the Clippers have found something that works. They know Utah is limited without Mike Conley; they know they can get to the rim against Derrick Favors (Leonard especially does); they know they can limit Rudy Gobert's defensive prowess by putting five guys out on the perimeter.

So seeing some success in the second half was important. The question now is how much of that rally was the Clippers taking their foot off the pedal and how much was it the Jazz actually solving things. The answer could decide the series.

"I think we did find something. I think we found a few things, we started to introduce a few things," Mitchell said. "So we're kind of getting used to it. They just were at a different level.

"For us it's understanding what we got to do and how we did it," he added. "I think we found a few things out that give us an advantage and will get us where we want to go. … But we gotta guard, too."

"I think it starts with offense. The same thing in Game 3," Gobert said. "When we turn it over, we took tough shots. It's hard for us to be able to run back and set our defense. And they take advantage of that. We foul, and they get in the bonus."

So how do the Jazz avoid that from happening in Game 5?

"We need to be the aggressors," Mitchell said. "They came out, took both at home. But at the end of the day, they did what they were supposed to do; they won two games on their home floor. They took care of home court. So did we."

Can they again? We'll find out Wednesday.