Utah Jazz guard Donovan Mitchell walks off the court with an injury during the second half of Game 3 of a second-round NBA basketball playoff series against the Los Angeles Clippers Saturday, June 12, 2021, in Los Angeles. (Mark J. Terrill, Associated Press) 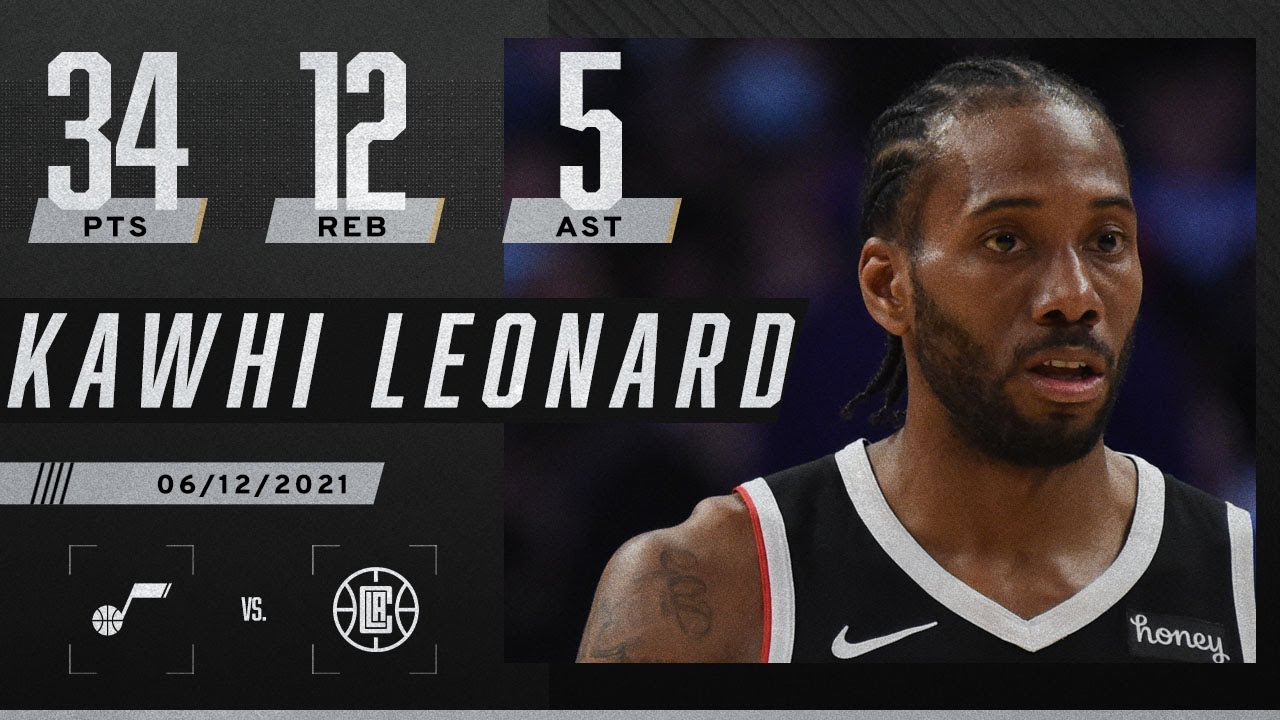 SALT LAKE CITY — Donovan Mitchell elevated into the paint, hoping to cut the Clippers' lead to single digits. His shot missed and Derrick Favors' putback was waved off for basket interference. But the Jazz had much bigger problems.

Mitchell, who never looked 100% Saturday, limped off the court into the tunnel. ESPN cameras caught him doubled over as he and the Jazz training staff looked at his right leg.

He shortly returned to the bench area and had a lengthy conversation with Jazz coach Quin Snyder, but when Kawhi Leonard hit a 3-pointer with 5:22 left in regulation to put the LA Clippers up by 18, Snyder signaled Mitchell back to the bench.

The game was over; it wasn't worth the risk.

Leonard scored 34 points, Paul George had 31 points and the Clippers won Game 3 in a 132-106 rout at Staples Center Saturday. The Jazz now lead the best-of-seven series 2-1.

All the good feelings after Game 2 were suddenly gone with one big question looming: How is Mitchell?

"He's in good shape," Snyder said. "He could have gone back in the game, but at that point, the lead had stretched — in fact, while we were talking. ... That was my decision to not put him back in at that point. The game got away, but he's fine."

Mitchell said the same thing after Game 2 when h grimaced following a dribble move, and then was in obvious discomfort after colliding with George near the end. He came out in Game 3 with 30 points, but it was clear he didn't have the same gear he had earlier in the series.

Mitchell was just 5 of 13 in the paint Saturday as he struggled to get to and elevate at the rim. His 3-point shot was feeling just fine, he went 5 of 9 from deep, but everything else seemed like a struggle.

Part of that was the Clippers who sent blitzes and late double teams at Mitchell to try and get him to give up the ball. The message was clear: We are going to make someone else beat us.

"If you look at the possessions where they were doubling Donovan, we really got good looks. I thought he did a great job of getting off the ball when we needed to, and in some respects, that's when we were spaced the best," Snyder said.

That's just further proof of how much the Jazz are reliant on Mitchell, who is averaging 37.3 points this series.

And if you need more proof, just look at the first 100 seconds after Mitchell walked to the locker room. Despite Leonard and George having big games and just about everyone in a black jersey shooting lights out, the Jazz were still in striking distance as Mitchell jumped up for the last time on Saturday.

When he limped off, the Clippers immediately went on a 10-0 game-clinching run. That's why Mitchell won't say too much about what's ailing him — whether it be the ankle he sprained in April or something else.

"It's when I land," he said when further asked about the pain. "Just trying to manage it. I don't really know what else to say. I don't want to say too much. Yeah, just the landing, but I'm good; I'll be ready for Game 4."

The Clippers were ready for Game 3.

George, who had been relentlessly jeered in Salt Lake City, looked much more comfortable at home, scored 20 points in the first half to push the Clippers out to a double-digit lead. From there, Leonard took over. The two-time NBA Finals MVP scored 24 points in the second half to keep any hope of a Utah comeback at bay.

Something that also helped: The Clippers shot 19 of 36 from deep as a team — neutralizing Utah's own elite 19-of-44 3-point shooting. LA had an offensive rating of 140.4. There's some stuff to clean up, for sure, as the Jazz look to take complete control of the series on Monday's Game 4. But the first question: How healthy will Mitchell be?

"I think he's doing everything he can to try to be there, even though sometimes it might be painful," said Gobert, who had 12 points and 10 rebounds in a surprisingly non-impactful performance. "I think it's part of the game. It's an ankle sprain. I mean, I think all of us have ankle sprains in our careers. Sometimes it's bad. Sometimes it's not as bad. But hopefully he's able to fight through it. The fact that we don't have to travel tomorrow should be huge and I think he'll be better next game."