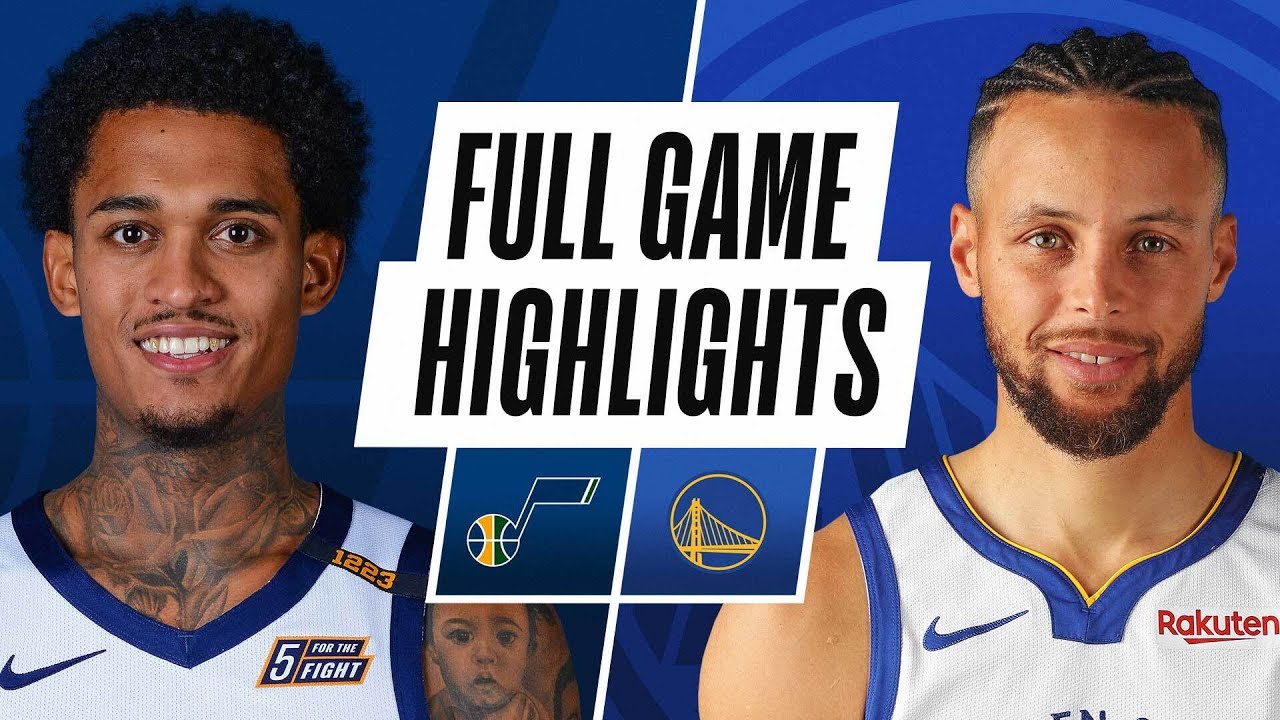 SALT LAKE CITY — Win and the Utah Jazz were that much closer to locking up the No. 1 seed in the Western Conference standings, putting a 2.5-game distance between West leaders and the Phoenix Suns. But that plan didn't work out Monday night against the Stephen Curry-led Golden State Warriors.

The Warriors used a dominant third quarter on their home court at Chase Center in San Francisco and outscored the Jazz 35-26 to separate themselves in a game that had neither team leading by more than 7 points before then. The third-quarter effort was enough to give the Warriors an 18-point lead to start the fourth quarter before the Jordan Clarkson experience took over.

Clarkson, who had only 17 points on 8-of-20 shooting from the field and 1-of-9 shooting from behind the 3-point line in the first three quarters, got hot in the fourth and almost single handily erased Golden State's near 20-point lead. The hot hand came alive as Clarkson scored 10 straight points of his 24-point quarter for the Jazz to eventually give his team a 2-point lead with 1:11 left to play in regulation.

But with just over 20 seconds left to play, Curry attempted a 3-pointer at the top of the key that missed before it was collected by Kevin Looney secured a loose rebound and kicked it back out to Curry up top. The second chance opportunity was golden as the shot swished and the Warriors controlled a 1-point lead with 14.5 seconds remaining.

Clarkson, who finished the night with 41 points, attempted to split the lane to make a layup but Golden State's Looney stopped the bucket on what appeared to be a body check without a whistle blown and the Warriors grabbed the rebound and a timeout was called. Curry was eventually fouled on the inbounds and made his two free throws, securing a 119-116 win over the top-seeded Jazz.

Clarkson said after the game that he didn't "necessarily" believe he was fouled on the final play, but on a different play that should have been reviewed. Still, he added, they had a shot to win at the end despite some mistakes early in the game, which is what mattered more than whether he was fouled or not.

"I got a lot of open looks in the first half that didn't go down. I was just trying to feel it out a little bit seeing how they were defending," Clarkson said. "I just kept attacking and in the second half I just tried to will us to a win — to a comeback. I just kept continued to play and we had a chance to win the game, so I think it worked out."

Utah (50-19) hoped to contain Curry for much of the night with a double-team defensive effort, but Curry finished with 36 points on 11-of-25 shooting from the field, though the Jazz limited him to only three made 3-pointers. But the Warriors (36-33) found a multitude of ways to split the defense when Curry was doubled and found the open man for an uncontested bucket.

"They've got one of the best players in the world and you have to do a lot of things to try and make it hard on him," Jazz coach Quin Snyder said. "And that can expose your defense. It's hard to protect the rim in the paint."

Jordan Poole, who capped off the Warriors' third quarter effort with a buzzer-beating half-court bucket to add to the scoring onslaught, took over in Curry's absence to add 20 points for Golden State.

On the other end of the floor, the Warriors used their top-five defense in the league to stifle Utah's looks and overall ability to get buckets to fall. Even then, the Jazz had many open looks behind the 3-point line, but the shots didn't fall on a night the Jazz hit 29.5% from behind the arc on 13-of-44 shooting.

But Snyder said the turnovers, of which Utah finished with 14, made it so the Warriors could get out in transition and score easy buckets that his team couldn't defend. The turnover were enough to be a difference in the end.

Bojan Bogdanovic, who was named the Western Conference player of the week earlier Monday, added 27 points on 9-of-21 shooting in the losing effort. Rudy Gobert added 10 points and 16 rebounds.

The Jazz continue to be without their two All-Star guards in Donovan Mitchell and Mike Conley, but the team has found ways to maintain its consistency over that stretch, mostly led by Bogdanovic's effort to lead the team. With Monday's loss, Utah remains in the No. 1 spot in the Western Conference standings, but control a 1.5 lead over the Suns.

Utah has three games left in the regular season. The Suns will get an opportunity against the Warriors Tuesday in the first of four final games to their regular season.