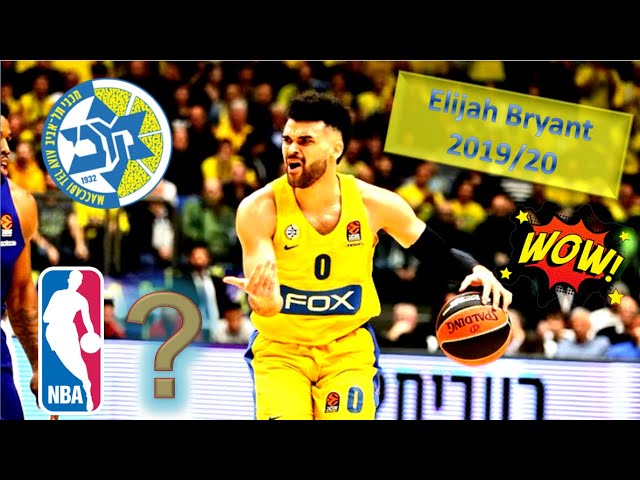 PROVO — After a little over three years of wandering with one of the top teams in Israel and Eurobasket, former BYU guard Elijah Bryant is reportedly getting called up to the NBA.

The 6-foot-5, 225-pound guard from Gwinnett, Georgia will sign a two-year deal with the Milwaukee Bucks, once the NBA team can waive forward Rodions Kurucs, The Athletic's Shams Charania reported Saturday. Sportando's Emiliano Carchia reported the same move for Bryant on Wednesday.

A former transfer from Elon, Bryant played two seasons at BYU before graduating and departing for the professional ranks in 2018, when he signed with Philadelphia's summer league team. After an All-Israeli League first-team season with Hapoel Eilat, he returned to the NBA summer league and joined the Bucks in 2019.

Bryant reportedly was a free-agent target of Milwaukee in 2020, but opted to stay in Israel, his agent told Eurohoops after he signed with with Israeli hoops powerhouse Maccabi Tel-Aviv.

The Bucks (43-24) are currently second in the Eastern Conference after Friday's 141-133 win over Houston. Milwaukee, which ranks first in the league averaging 119.9 points and 48.2 rebounds per game, next plays Monday at San Antonio.

In Milwaukee, Bryant would join former Utah State star Sam Merrill. The Bountiful High grad who is just one year younger than Bryant averages 3.1 points, 1.0 rebound and 0.7 assists per game in 7.4 minutes per game for the Bucks.