'I was also surprised': Jazz score most points in team history in 49-point win over Kings 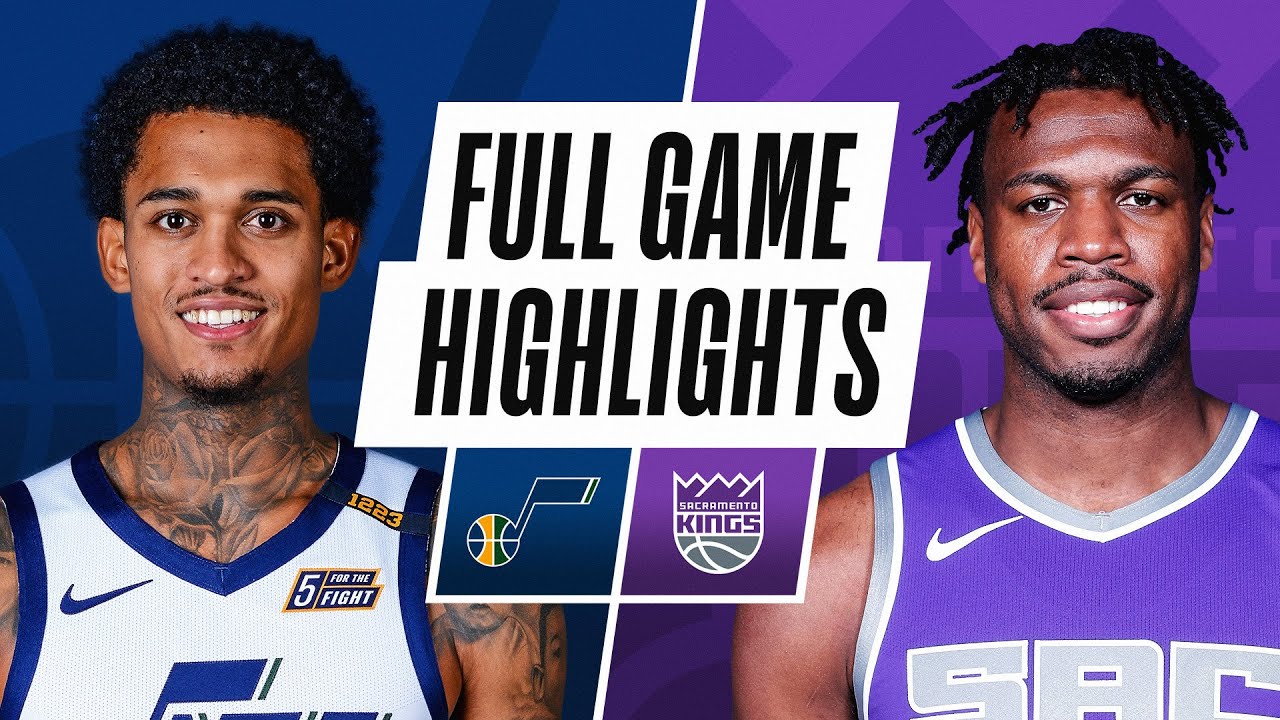 SALT LAKE CITY — Bojan Bogdanovic's answer was pretty telling of the evening the Utah Jazz had on Wednesday.

"Have you ever been involved in a 150-point game?" a reporter asked.

"Oh no, I don't think so," Bogdanovic said. "Not, not even close. So it was a big, big night from our side. I was also surprised that we put up that number."

To be fair, no one ever expects historic performances, and there was plenty of history achieved on Wednesday in Sacramento.

Utah scored the most points in franchise history with a 154-105 win over the Kings. To add a little more perspective to how large that number is, the Jazz hadn't scored more than 140 points in a non-overtime game since 1990, and the new record topped the 153 points the New Orleans Jazz put up way back in 1978.

The 49-point win was also a franchise record for largest margin of victory. So, yeah, it wasn't exactly a normal night for the Jazz.

"I think all of us were a little bitter after dropping two straight to Minnesota, so we wanted to come out here and really make a point," Georges Niang said.

It'd be interesting to see what the Jazz could pull off when they are fully bitter.

The rout started in the second quarter when the Jazz opened up the period with a 13-0 run behind a super-sized lineup of Joe Ingles, Niang, Bogdanovic, Ersan Ilyasova and Rudy Gobert. Every member of that lineup was at least 6-foot-7 and four of them can shoot — it proved to be a lethal combination.

The Kings couldn't find open shots against the lineup's length and the Jazz used those stops to get out and run, which led to easy transition points at the rim and from the 3-point line. That pattern continued throughout the rest of the game.

The only question after the first half was just how big Utah's lead would get (it got up to 54 at one point) and how many points the team would score. Because, frankly, it didn't matter who was in, the shots were falling.

Bogdanovic led with 24 points, Jordan Clarkson added 23 and Niang finished with 19. Matt Thomas and Jarrell Brantley came in late and scored 17 and 13 points, respectively, off the bench.

"I saw him trying to steal my shine and that's not cool of him," Niang joked when asked about Thomas' performance. "No, he was great out there. I was happy to see Matt make a ton of shots. It was great. ... Obviously, Matt's a brother to me so to see him succeed is something that makes me happy, so I'm happy that he got out there — 17 points in nine minutes, that kid has been filling it up since he came out the womb."

The Jazz shot 64% from the field, 58.5% from 3 and had eight players reach double figures in the win.

And they did it all without Donovan Mitchell (ankle) and Mike Conley (hamstring). The All-Star backcourt missed the game due to injury, which led to many questions about how exactly the Jazz's offense would function without them. It turns out, just fine.

"I know that we are always talking about offense, especially when we play without Donovan and Mike," Bogdanovic said. "But I think our defense, when we play defense like we played tonight, especially in the second quarter, it's easy for us to play when we don't have those two guys. We run in transition and scoring easy buckets or trying to find the easy 3's. That's how we have to play when we have Donovan and Mike out."

Jazz coach Quin Snyder wouldn't mind if they played that way even when Conley and Mitchell return, and it remains uncertain when that'll actually happen. Conley re-aggravated his hamstring strain on Monday in the loss to Minnesota and Snyder didn't provide much detail about when he is expected Conley to return. Hamstrings can be hard to put timelines on, and the original injury kept Conley out for six games in February.

Mitchell, meanwhile, will have his sprained ankle re-evaluated this weekend.

In the meantime, maybe the Jazz will have a few more record-performances in them.