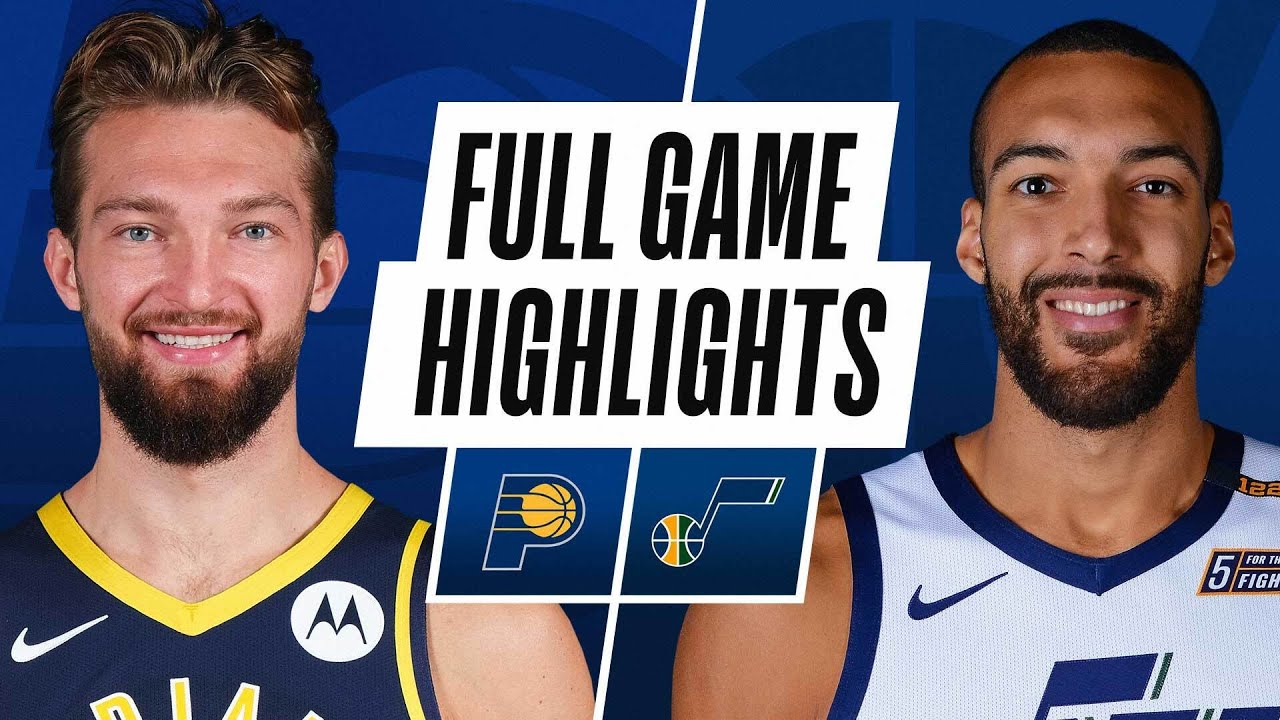 SALT LAKE CITY — It was supposed to be a day of celebration. Dwyane Wade was sitting courtside of a Utah Jazz game not as a fan, but as a new member of the organization. These types of things don't happen in Utah often.

Wade — uh, we mean, Dwyane — received a standing ovation from the Vivint Arena crowd when he was introduced in the first half of Utah's 119-111 win over the Indiana Pacers. But that festive atmosphere quickly turned sour in the third quarter.

That's when Donovan Mitchell went down.

"I didn't see the play, I don't know what happened," said Rudy Gobert, who had 13 points and 23 rebounds. "I didn't know where it was hurt at first."

It was a strange play, indeed. Indiana guard Edmond Sumner threw an outlet pass that Mitchell jumped up to try and block. After the throw, Sumner fell backward and his leg whipped toward Mitchell. Sumner didn't appear to make contact with the Jazz guard, but when Mitchell landed his right ankle rolled up and he collapsed onto the court.

Mitchell sat up, took a breath and got to his feet. But almost immediately he was bent over looking for support. Mitchell had tried to walk it off; he ended up hardly being able to stand as members of the Pacers bench reached out to check on him. Mitchell eventually collapsed into Royce O'Neale's arms — unable to support himself. With the support of two teammates, he gingerly and slowly made his way back to the locker room.

Due to the scrambling nature of the play, Gobert wasn't alone in not seeing the incident live. But when they saw the replay of the play following the game, it raised some eyebrows.

"I really don't know what to say," said Bojan Bogdanovic, who scored 24 points in the win. "I hope it was not intentional — that's all I got to say about his injury."

Sumner's fall and leg extension was strange, no doubt, but it didn't appear malicious. But when your top scorer has to be helped off the court, emotions run a bit high.

The potentially good news: It was a low-ankle sprain and X-rays were negative.

Mitchell will undergo an MRI Friday night, but there is optimism around the club that it isn't as serious as it initially appeared.

"Obviously we hope that it's nothing serious," Snyder said. "But they're in the process of doing everything they can do to assess that."

As for Mitchell, who did not speak to the media after the game, teammates said that he was in good spirits.

"He was frustrated with the injury, how it happened and all that, but at the same time, he's the ultimate teammate," said Mike Conley, who finished with 10 points and 10 assists. "He was just rooting for us. He's making jokes. He's still the same old Don. So I think he'll be fine."

The Jazz don't know a timetable for Mitchell's return, but how they were able to close out Friday's game should provide a level of comfort that they can navigate his absence.

When Mitchell left the game with 8:18 left in the third quarter, the Jazz were already down nine and were suddenly without their offensive leader — a player who had averaged 36.8 points over his previous five games. Mitchell had 22 points at the time of his injury.

"We knew that seeing him limp off it wasn't good, and that he probably wasn't coming back to this game or might be out for a little bit," Conley said. At that point, our team kind of got together and said, 'Hey, this is part of the game. This is what we have to do; this is what's in front of us. Guys are gonna have to step up.'"

Behind a suffocating defense, the Jazz (42-14) quickly erased the deficit. After the Pacers (26-29) scored the Jazz for a 69-point first half, Indiana managed to score just 42 in the second half. Gobert was a one-man wrecking crew on the defensive end and that sparked everyone else as well.

The Jazz, meanwhile, got offense from a number of different sources. In his return to action after missing four games with a sprained ankle, Jordan Clarkson had 18 points, including five straight to end the third quarter as part of an 8-0 Jazz run that tied the game entering the fourth. Joe Ingles added 11 and Georges Niang chipped in 9 points.

"Obviously, Donovan is such a big part of what we do," Snyder said. "Like any player that's out, we miss him. But you try to figure out ways to play well and win regardless of who's available because those things are going to happen, and we have to be prepared for that."