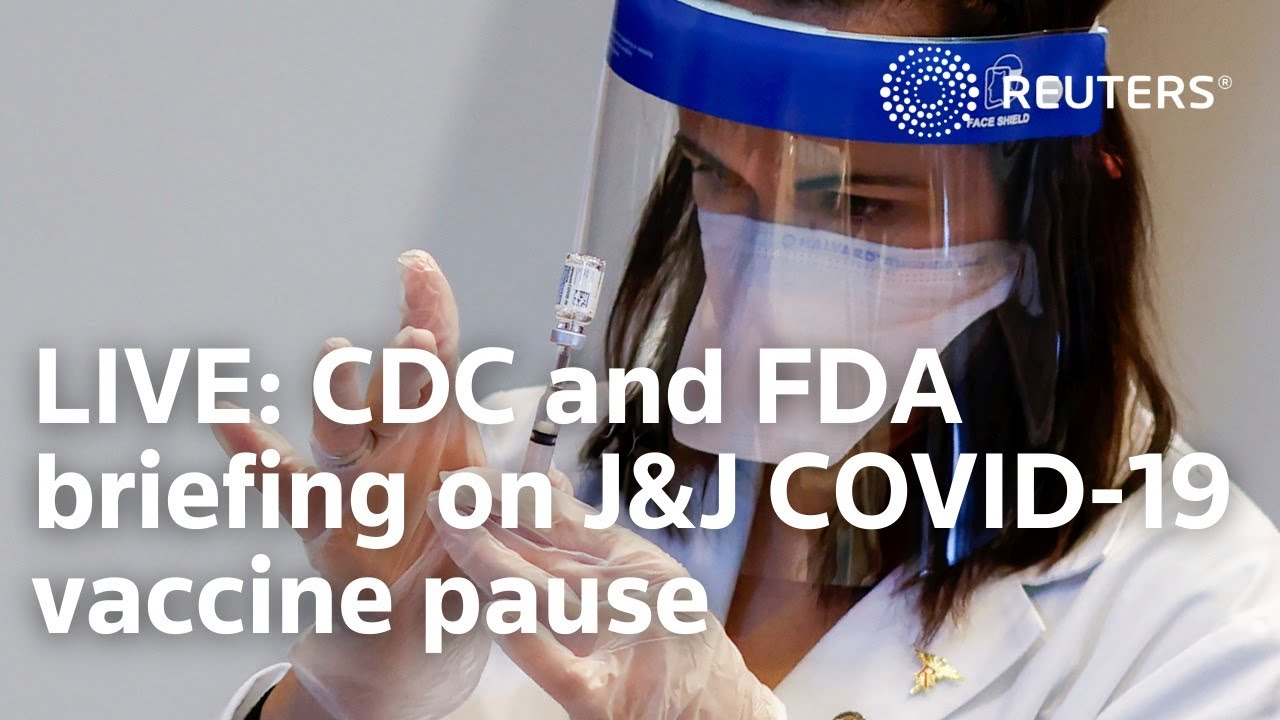 WASHINGTON (AP) — The U.S. on Tuesday recommended a "pause" in using the single-dose Johnson & Johnson COVID-19 vaccine to investigate reports of rare but potentially serious blood clots, setting off a chain reaction worldwide and dealing a setback to the global vaccination campaign.

The Centers for Disease Control and Prevention and the Food and Drug Administration announced that they were investigating unusual clots in six women between the ages of 18 and 48. One person died.

The acting FDA commissioner expected the pause to last only a matter of days. But the decision triggered swift action in Europe and elsewhere as the drugmaker and regulators moved to halt the use of the J&J vaccine, at least for now. Hundreds of thousands of doses were due to arrive in European countries this week. The European Union has been plagued by supply shortages, logistical problems and concerns over blood clots in a small number of people who received the AstraZeneca vaccine.

Any slowdown in the dissemination of the shots could have broad implications for the global vaccination effort. The J&J vaccine held immense promise because its single-dose regimen and relatively simple storage requirements would make it easier to use, especially in less affluent countries.

I'd like to stress these events appear to be extremely rare. However COVID-19 vaccine safety is a top priority.

The clots, which happened 6 to 13 days after vaccination in veins that drain blood from the brain, occurred together with low platelets, the fragments in blood that normally form clots.

More than 6.8 million doses of the J&J vaccine have been given in the U.S., the vast majority with no or mild side effects.

Seth Shockley of Indianapolis received the J&J vaccine Sunday and was initially worried when he heard about the potential side effects Tuesday. But his concerns faded when he learned there were only six confirmed cases of blood clots.

"I would much rather take the risk with the vaccine — a much smaller risk — than to risk it with COVID," he said. Now he's more worried that the reports could result in more people refusing to get vaccinated.

The FDA said the cases under investigation appear similar to the clots that European authorities say are possibly linked to the AstraZeneca vaccine, which is not yet cleared in the U.S. European regulators have stressed that the AstraZeneca risk appears to be lower than the possibility of developing clots from birth control pills.

Federally run mass vaccination sites will pause the use of the J&J shot, and states and other providers are expected to follow. But authorities stressed they have found no signals of clot problems with the most widely used COVID-19 vaccines in the U.S. — from Moderna and Pfizer.

"I'd like to stress these events appear to be extremely rare. However COVID-19 vaccine safety is a top priority," acting FDA Commissioner Janet Woodcock said at a news conference.

Speaking at the White House, Dr. Anthony Fauci, the nation's top expert on infectious disease, said the pause would allow the FDA and the CDC to investigate the clotting cases "to try and understand some of the mechanisms" and "to make physicians more aware of this."

A CDC committee will meet Wednesday to discuss the cases, and the FDA has also launched an investigation into the cause of the clots and low platelet counts.

FDA officials emphasized that Tuesday's action was not a mandate. Doctors and patients could still use J&J's vaccine if they decide its benefits outweigh its risks for individual cases, said Dr. Peter Marks.

The agencies recommend that people who were given the J&J vaccine should contact their doctor if they experience severe headache, abdominal pain, leg pain, or shortness of breath within three weeks.

J&J said in a statement that it was aware of the reports of blood clots, but that no link to its vaccine had been established. The company also said it would delay the rollout of its vaccine in Europe as a precaution.

European authorities investigating the AstraZeneca cases have concluded clots appear to be similar to a very rare abnormal immune response that sometimes strikes people treated with heparin, leading to a temporary clotting disorder.

While it's not clear yet if the reports among J&J recipients are related, doctors would treat these kinds of unusual clots like they treat people who have the heparin reaction — with different kinds of blood thinners and sometimes an antibody infusion, said Dr. Geoffrey Barnes, a clot expert at the University of Michigan.

Even without J&J's vaccine, White House officials said they remain on track to have enough supplies to vaccinate most American adults by the summer.

Utah will temporarily suspend its administration of the Johnson & Johnson COVID-19 vaccine after federal regulators recommended pausing the vaccine to investigate a small number of blood clot issues.

"We believe there's enough vaccine in the system — Moderna and Pfizer — for all Americans who want to get vaccinated by May 31 to do so," said Jeff Zients, the White House's COVID-19 response coordinator.

Asked if the government was overreacting to six cases out of more than 6 million vaccinations, the CDC's Dr. Anne Schuchat said recommendations will come quickly.

Because these unusual clots require special treatment, "it was of the utmost importance to us to get the word out," she said. "That said, the pandemic is quite severe and cases are increasing in lots of places and vaccination's critical."

The J&J vaccine received emergency use authorization from the FDA in late February with great fanfare. Yet the shot only makes up a small fraction of the doses administered in the U.S. J&J has been plagued by production delays and manufacturing errors at the Baltimore plant of a contractor.

Last week, the drugmaker took over the facility to scale up production in hopes of meeting its commitment to the U.S. government of providing about 100 million doses by the end of May.

At the Green Wave Pharmacy in rural Clintwood, Virginia, many customers have specifically requested the J&J vaccine. Pharmacist Sheryl Pientka said the pharmacy in the Appalachian Mountains serves low-income and elderly people who prefer to get one shot instead of two.

Although the pharmacy has Moderna vaccines in stock, some elderly and homebound customers may wait for the J&J shot to get cleared for use again, Pientka said.

"It's a very small town where everyone knows everyone else, so people say, 'I know so-and-so got the vaccine. If she doesn't have a problem, then I'll go get it,'" she said.