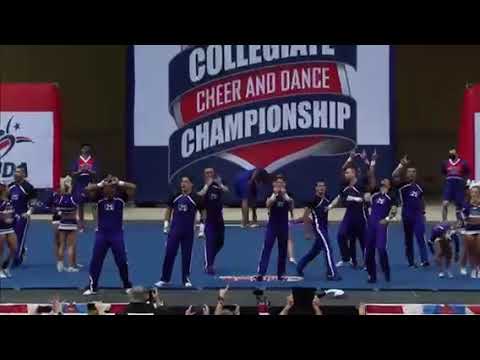 PROVO — Two Utah college dance teams were in familiar territory at the close of the National Cheerleaders Association (NCA) and National Dance Alliance (NDA) Collegiate Cheer and Dance Championships over the weekend in Daytona Beach, Florida.

For the 20th time in program history, BYU's Cougarettes dance squad won a national championship, clinching the Division I-A hip hop national title on Saturday. That's 20 national titles in the 40th year of the NCA and NDA national events, which have been hosted in Daytona Beach for 25 consecutive seasons.

The Cougarettes returned to the top of the hip-hop mountain under first-year co-head coaches Stacy Bills and Morgan St. Pierre, who took over the program following the retirement of legendary director and choreographer Jodi Maxfield last April. Maxfield won 19 national championships in 30 years with the program.

Both Bills, a native of Utah County, and St. Pierre, who hails from Cottonwood Heights, are graduates of the program who performed under Maxfield.

You can watch the title-winning hip hop routine on Instagram below.

From a school once known for jazz and contemporary dances, the Cougarettes have built up a hip-hop dynasty since winning their first such title in 2011 — and one respected internationally, as well.

Weber State also climbed to the top of its division at the competition, which was canceled last year due to the COVID-19 pandemic, posting a 94.115 in the Division I hip hop finals to claim the championship.

The Wildcats' spirit squad won a fourth consecutive national title in the Advanced Large Coed division with a 98.507 overall score — the best score in school history and top score of any school in any division at the competition, leading to Grand National title honors.

Utah Valley won the Advanced All-Girl Division I cheer championship, beating out Sam Houston State with an event score of 93.8958.