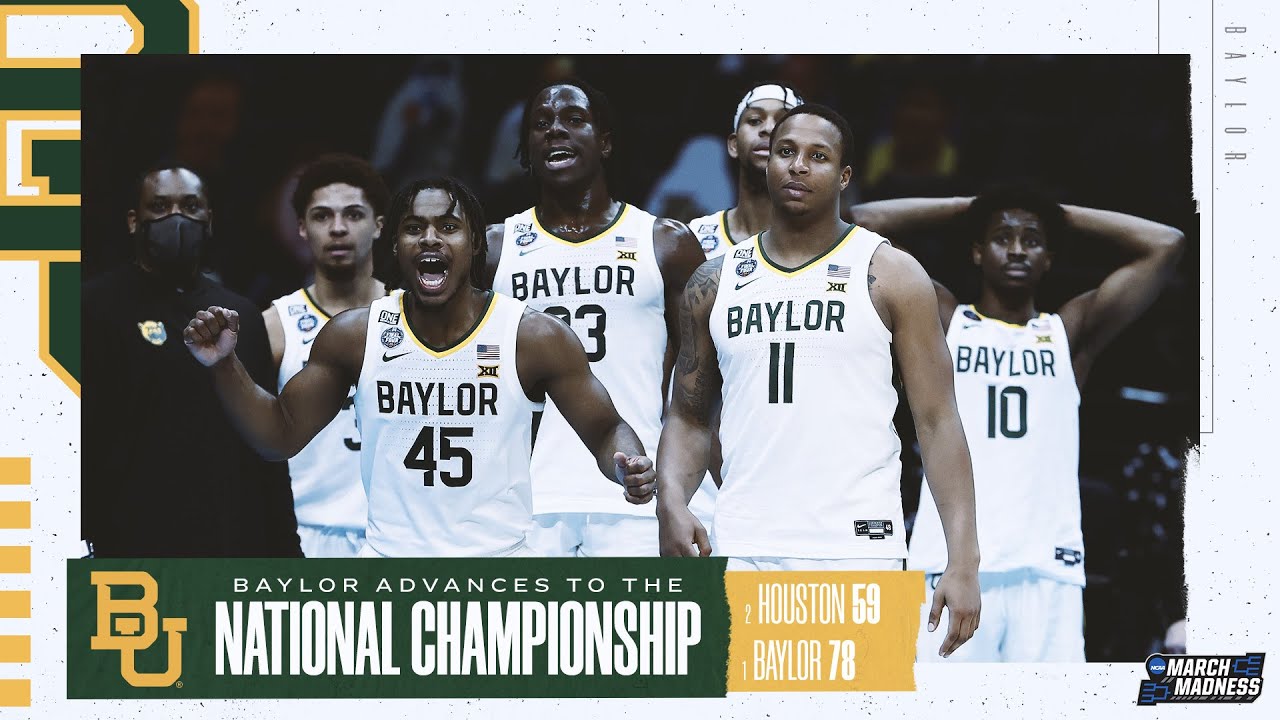 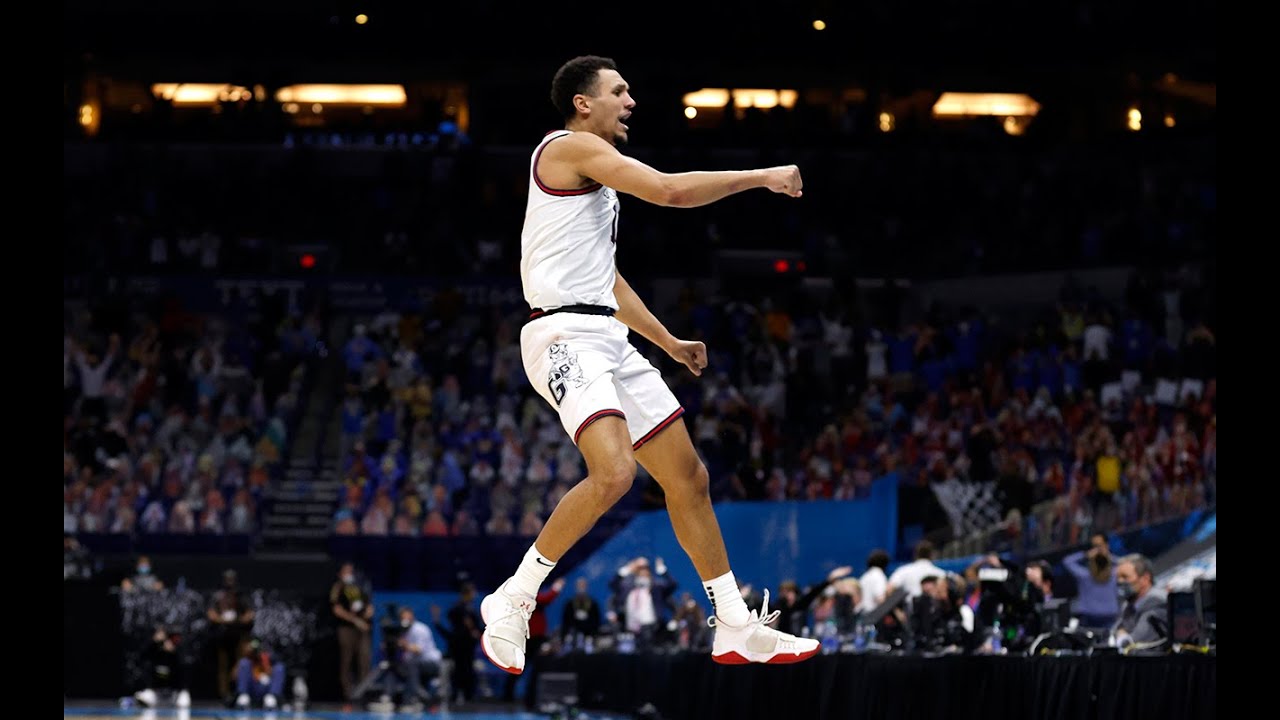 INDIANPOLIS — It all comes down to this.

Gonzaga and Baylor have been considered the top two teams in college basketball for most of the season. A year after the COVID-19 pandemic canceled the NCAA Tournament, the nation will get what it's wanted for over a year Monday night on CBS.

Zags. Bears. A combined 59-2 record between them.

Here's how we got there after Saturday's Final Four:

The Gonzaga freshman banked in a shot at the buzzer from just inside the halfcourt logo Saturday night to lift the Zags to a 93-90 overtime win over UCLA and move them one win away from an undefeated season and a national title.

It was the best game of the tournament, and, considering the stakes, maybe the best finish in the history of March Madness — a banker from near midcourt to keep a perfect season alive.

After the shot went in, Suggs ran to the mostly empty press row, jumped up and pumped his fists a few times. The refs checked to make sure he got the shot off before the buzzer sounded. He did, and the Bulldogs moved onto Monday night's final, where they'll play Baylor for the title.

They are the first team to bring an undefeated record into the championship game since Larry Bird and Indiana State in 1979.

For more on the Zags' overtime win over the Bruins, click here.

INDIANAPOLIS (AP) — Nearly two decades ago, Scott Drew decided to leave his comfort zone at tiny Valparaiso for the scandal-plagued basketball program at Baylor, explaining to his father that there was nowhere for the Bears to go but up.

Now, they're one win away from the top.

Led by Jared Butler and the rest of their brilliant backcourt, a defense that refused to give Houston an inch and a coach intent on making the most of his first trip to the Final Four, the Bears roared to a 78-59 victory Saturday night in their first appearance in the NCAA Tournament semifinals in 71 long years.

"Every day you're grinding, and you don't really look back. You're pressing forward," Drew said afterward, "but I'm so blessed to have these unbelievable players that bought into what we like to do with the program."

Or, as Butler put it: "This is what we came to Baylor to do."