'An animal': Rudy Gobert finishes 1 block shy of triple-double in blowout of Bulls 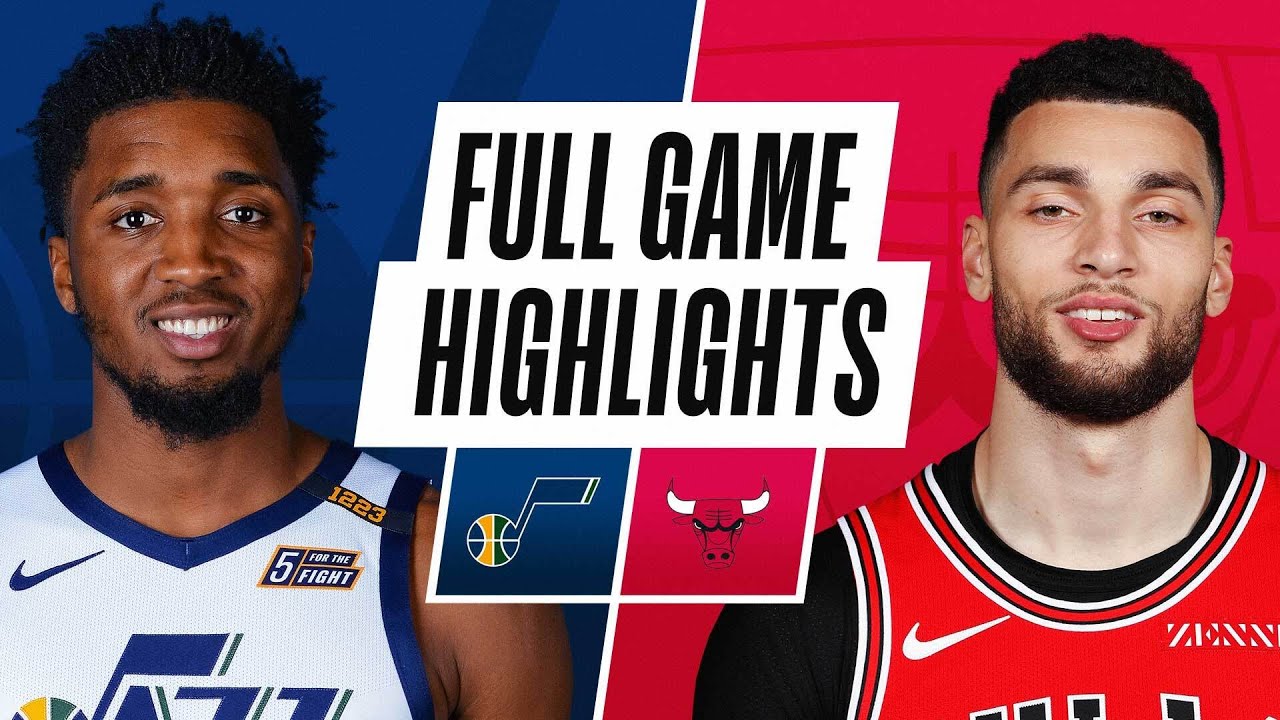 SALT LAKE CITY — Earlier this season, Donovan Mitchell was asked who he thought would be the player that would break the Utah Jazz's 13-year triple-double drought. He floated Royce O'Neale out there, thought about Joe Ingles and threw in Mike Conley, too,

Mitchell will probably add the big fella to the list going forward.

Gobert had 21 points, 10 rebounds and a career-high nine blocks as Utah blasted Chicago 120-95 Monday at the United Center, finishing just one swat away from the stat line that's eluded the Jazz (in the regular season that is) since Feb. 13, 2008

Due to that long drought, it would have almost felt appropriate for it to end in a very odd way — not with the typical points, rebounds and assists, but with blocks.

With 7:21 left, Gobert subbed out about a minute after he picked up his ninth block of the game. As he made his way to the bench, Derrick Favors let him know how close he was to the elusive stat line. And it might have been Favors that had something to do with Gobert going back in.

See, the game at that point was practically over. When Gobert dominates the box score and the advanced stats — the Jazz held the Bulls to 83 points per 100 possession with Gobert on the court; that number ballooned to 122 when he was off — that usually means Utah is up really big.

And that was the case on Monday. When Gobert went to the bench with over seven minutes remaining, the Jazz (31-11) were up by 20 and had been for the majority of the game. Utah was in no danger of losing the game.

So maybe Favors lobbied to let Gobert get a few more possessions.

"We're not looking to play for stat lines," Jazz coach Quin Snyder said. "Obviously, people are always aware of that — teammates more than anyone, Fave more than anyone. So it's something that you're aware of."

Even after Mitchell, Mike Conley and Royce O'Neale had checked out for good, Snyder kept Gobert in. Of course the Jazz aren't playing for stat lines — if they were, they'd be really bad at it considering the 13-year wait — but it was clear they were going to let Gobert get a chance at the historic mark. Only 33 players in NBA history have recorded a triple-double with blocks.

Gobert was awfully close to being No. 34.

In his final minutes of the game, Gobert got to Lauri Markkanen's driving-layup attempt, but also got too much of Markkanen in the process. Foul — no block. He then appeared to get a finger on another Markannen layup, but the ball bounced off the backboard and into the hoop. Made shot — no block.

"Man, I thought he had on the last one," Mitchell said.

But, alas, the drought continues. Not that it really matters to the Jazz.

"He had an opportunity to get it, he didn't get it," Snyder said. "But we got the win and I know that's what he's most concerned about."

The Jazz played their best game since returning from the All-Star break. Utah went on a 19-0 run between the first and second quarter to completely take control of the game. The run started immediately after Gobert checked back into the game, and that was no coincidence.

"They kept trying to attack him. I don't know why. I wouldn't," Mitchell said. "I'd just shoot a pull up or something. I don't know why guys continuously do that but, you know, it helps us because he's out there just being an animal."

Chicago missed 13 straight shots and Gobert had two blocks during the game-breaking stretch.

"We're able to score off our defense and we're able to not let the other team get going and get confidence," Gobert said. "That's the team that we want to be. When we come with that focus every single night, we're a great team."

Mitchell provided the offensive lift for the Jazz, scoring 30 points on 11-for-19 shooting. Joe Ingles added 17 off the bench and was 5-of-6 from 3-point range. It was the third straight time that Mitchell has scored at least 30 points, and Ingles is now a scorching 18-of-22 from 3 in the last three games. But those offensive numbers took a backseat to Gobert's defense — just the way the Jazz would like it.

"You're seeing what you know our defense is supposed to look like," Mitchell said. "When he comes from the help side and blocks shots, that's really what allowed us as a whole to go out there and guard and then get out in transition."