Steph was Steph, but that's not the only reason the Warriors beat the Jazz on Sunday 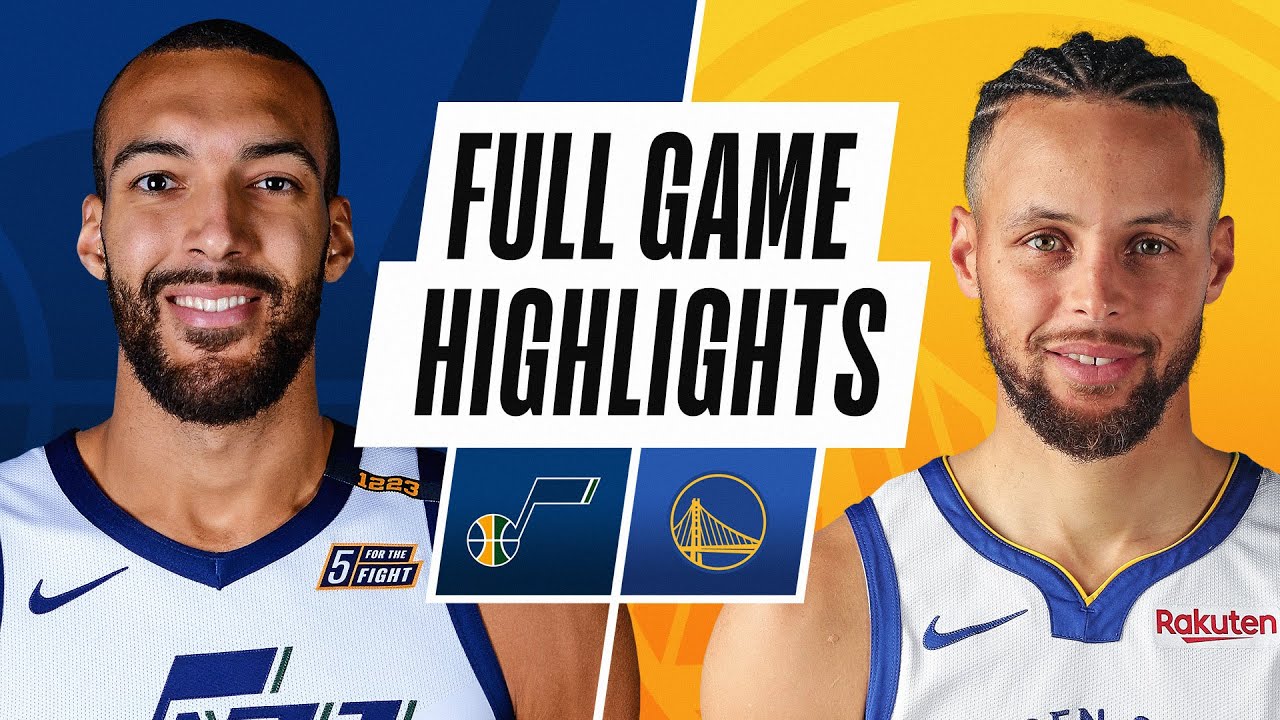 They weren't so fortunate on Sunday. Steph Curry is no G League-level player.

Curry had 32 points to lead the Golden State Warriors to a 131-119 win over the Jazz Sunday at Chase Arena.

"He's Steph Curry for a reason," said Donovan Mitchell, who finished 24 points in the loss.

That is the simplistic reason for why the Jazz (28-10) lost on Sunday. Yes, Curry was phenomenal on Sunday. He was 6-of-9 from 3-point range and added nine assists in a game Golden State desperately wanted after losing four straight to some of the top teams in the West. But the Jazz's problem wasn't just that they let Curry get going — they let the Warriors as a whole get out and run.

Golden State had 19 fast break points and nearly 20% of all its possessions came in transition — a major problem considering the Jazz struggled to get back on defense all afternoon.

During his postgame media press conference, Mitchell glanced down at the stat sheet looking for the turnover numbers. "How many did we have?" he asked himself before locating the answer: 14.

The total seemed like it surprised Mitchell. It's not a great number, but it's not anything out of the norm for the Jazz, who average 14.4 giveaways a game. To Mitchell, it felt like it should have been more.

"Some of them are pivotal, some of them are in big moments and certain stretches and they get compounded," said Mitchell, seemingly trying to find a reason why it felt so high. "They're hitting tough shots and then you get a turnover and that makes it feel like it's worse."

That was all true, but that's not really why it felt like Golden State was always running. The Warriors did get plenty of chances off steals — especially early when they forced four quick turnovers during a 15-0 spurt that pushed them out to a sizable lead — but they got plenty more because they outran Utah after rebounds.

The Warriors got 37% of their transition possessions off of live rebounds, according to Cleaning the Glass.

That fact, along with Curry being Curry, is why the Jazz lost for the fourth time in six games.

"Every time we were moving the ball and just getting off the ball, we were getting great shots," Gobert said. "And even if we miss those shots. We're able to get back defense because those shots are just good shots."

Gobert probably had the biggest right to be frustrated after Sunday's matinee loss. He had 24 points and a career-high and franchise-record 28 rebounds. Great stats, for sure, but they don't tell the full story. The Jazz outscored the Warriors by 15.1 points per 100 possessions when Gobert was on the court — lineups that mostly featured Mike Conley, who had 23 points and six assists.

Gobert played 32 minutes and the Jazz lost by 12. Those other 16 minutes were pretty rough.

Especially the final three that Gobert was out. Early in the fourth quarter a Gobert-led lineup had cut what was once a 15-point lead down to just a single point. With 8:26 left, he was taken out of the game for a quick breather. When Gobert re-entered the game a little over three minutes later, the Jazz were down by 8.

"We had some struggles with that bench lineup during that stretch — but that's not any one person, that's all of us," Jazz coach Quin Snyder said.

"We knew they were going to come out with energy and we just gotta be ready for it," Mitchell said.

The Jazz blitzed the league for nearly two months and now they are in spiral. How will they respond?