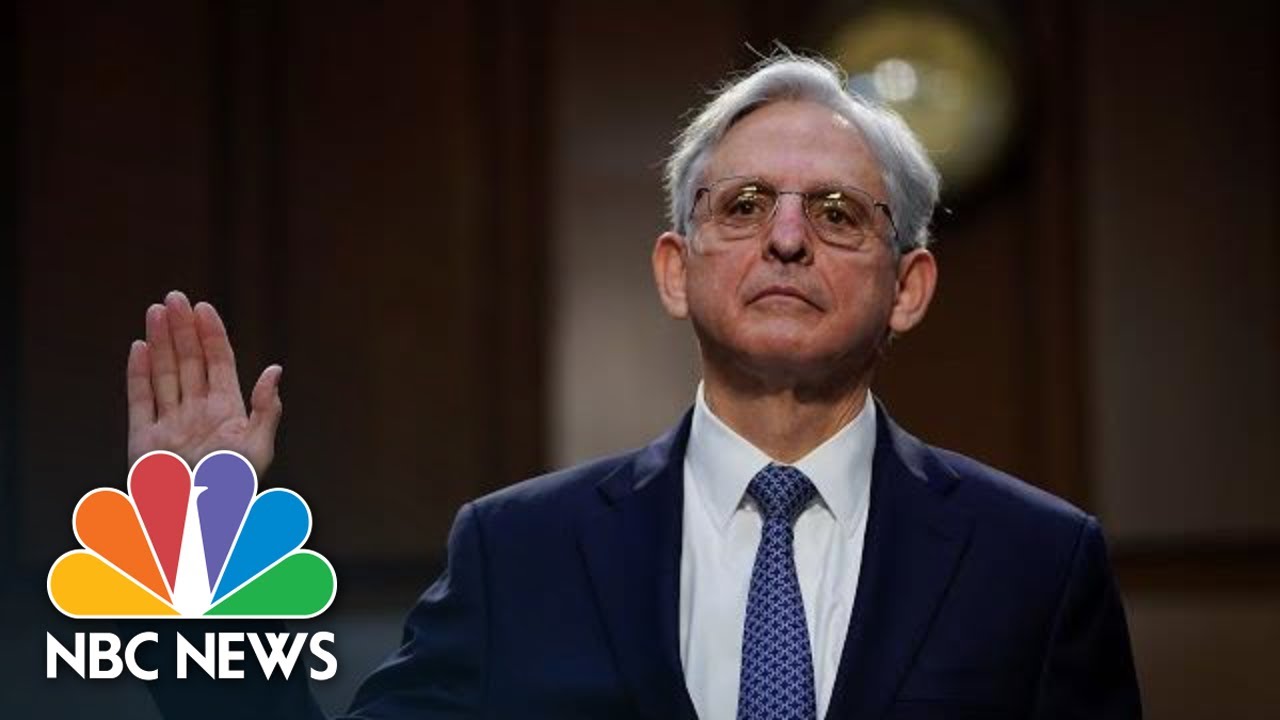 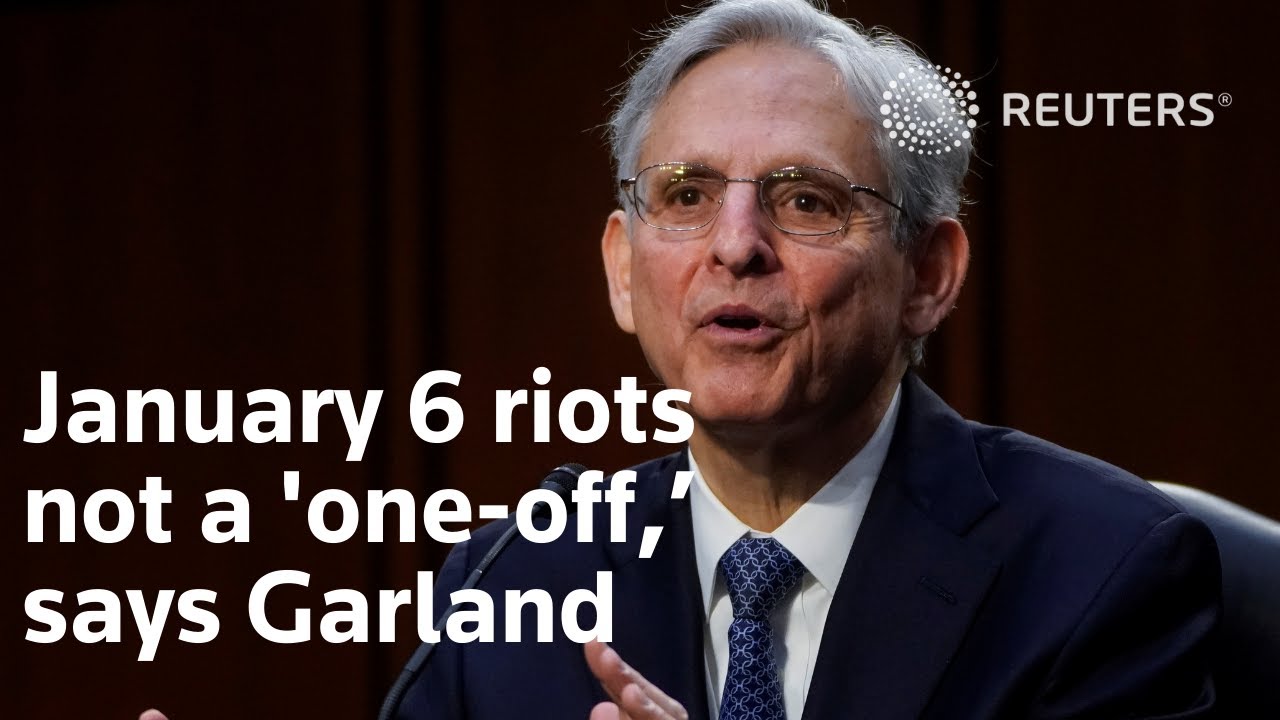 WASHINGTON (Reuters) — President Joe Biden's attorney general nominee, Merrick Garland, vowed on Monday to protect the integrity of the Justice Department from partisan influence, in an effort to restore confidence after President Donald Trump repeatedly sought to bend the department to his will.

Trump, a Republican who lost to Biden in November, for years attacked Justice Department investigations of his 2016 campaign and Russian election interference as a "witch hunt" or a "hoax."

Garland, in his confirmation hearing before the Senate Judiciary Committee, also vowed to make the investigation of the Jan. 6 riots at the U.S. Capitol a top priority.

The next attorney general will inherit a few investigations that began during the Trump administration of the origin of those probes and also of Hunter Biden, the new president's son.

"I would not have taken this job if I had thought politics would have any influence over prosecutions or investigations," Garland told lawmakers on the Senate Judiciary Committee during his confirmation hearing on Monday.

"The president has promised that those decisions will only be made by the attorney general, and that is what I plan to do. I do not plan to be interfered with by anyone. I expect the Justice Department will make its own decisions in this regard."

Garland's promises marked a contrast from previous Attorney General William Barr, who was criticized for his willingness to intervene in criminal cases in ways that benefited Trump's political allies, from Michael Flynn to Roger Stone.

Garland pledged to sit down with department staff, who have suffered from low morale for the past four years amid partisan attacks and accusations by Trump they were part of a "deep state."

"I want to make clear to the career prosecutors ... that my job is to protect them from partisan or other improper motives," Garland said, adding that for now, his visits with them will need to be over Zoom due to the pandemic.

Garland, a federal appellate judge and former prosecutor, is widely expected to be confirmed as the nation's top U.S. law enforcement official.

He was nominated to lead a Justice Department in the midst of intensive investigations into the Jan. 6 attack on the U.S. Capitol by a mob of Trump supporters — an incident Garland called "heinous."

Some of the more than 200 people arrested in the siege were associated with groups such as the Oath Keepers and Proud Boys, underscoring rising concern about future violence from right-wing extremists.

Garland has experience in tackling such threats, having managed the sprawling investigation into the 1995 Oklahoma City bombing by anti-government extremists and supervising the prosecution of the so-called Unabomber Theodore Kaczynski after a deadly bombing spree.

Garland told the committee he fears the Jan. 6 riots were "not necessarily a one-off" and vowed to devote resources to the probe.

"We must do everything in the power of the Justice Department to prevent this kind of interference with policies of American democratic institutions," Garland said.

Garland's pledge to maintain the independence of Justice Department investigations will also encompass ongoing cases that may cast members of Biden's family or former Obama officials in an unfavorable light.

Amid questioning by Republicans, Garland said he had not discussed the Justice Department's investigation into Hunter Biden's taxes with the White House.

Biden has made clear that decisions about investigations and prosecutions will be left to the Justice Department, Garland told lawmakers. "So the answer to your question is no."

President Joe Biden's attorney general nominee Merrick Garland will tell the Senate on Monday he plans to prioritize civil rights and combat domestic terror if confirmed as the top U.S. justice official, according to remarks released on Saturday.

He told Republicans he expects to allow John Durham, who was appointed by Barr to investigate the origins of the investigation into Trump's 2016 presidential campaign, to continue his work.

"I understand that he has been permitted to remain in his position and sitting here today I have no reason to think that that was not the correct decision," Garland said.

Equal justice for all?

Apart from the Justice Department's focus on combating domestic terrorism, Garland said he intends to prioritize enforcing the civil rights laws, an area advocates say was decimated during the Trump administration.

The killing sparked nationwide protests, but those did little to motivate the Justice Department to open probes into systemic police misconduct or other civil rights violations.

Unlike Barr, who told Congress last year he did not believe systemic racism plagued the criminal justice system, Garland was unequivocal on whether the system treats Americans equally.

"Sadly, and it's plain to me, that it's not, that it does not," Garland told Democratic Sen. Cory Booker.

He also told Congress his support for the death penalty has eroded amid concerns it disproportionately affects Black Americans and other communities of color and that too many are wrongfully convicted.

Garland stopped short of saying he will advocate for commuting all federal death sentences, but he did embrace Biden's support for eliminating mandatory minimum sentences as part of criminal justice reform.

(Reporting by Sarah N. Lynch and Doina Chiacu; Editing by Will Dunham and Alistair Bell)