The changes are helping District Attorney Sim Gill's office to make sure that suspects who pose a risk to the public are staying in jail, he said, while those who don't can go home and keep their jobs as they await trial.

"At least in Salt Lake County, it is working the way it was designed to do," Gill said.

Gill, a Democrat, is one of three county attorneys along the Wasatch Front who are perhaps the most vocal defenders of the 2020 law as competing proposals seek to either tweak last year's reform or repeal it. The three — who say they together prosecute most of the state's criminal cases — agree the law isn't perfect but they don't want to see it go away.

The reform has moved Utah away from a rigid cash bail system toward an approach that keeps suspects in jail based on the risk they pose, rather than their ability to pay. It directs judges to release people accused of low-level crimes using the least restrictive conditions needed, like ankle monitors or bail in some cases.

House Majority Whip Mike Schultz, the Republican state lawmaker from Hooper sponsoring the repeal measure, HB220, is among the critics who say some dangerous defendants are actually being released under the reform law. But Rep. Stephanie Pitcher, the state lawmaker who brought the 2020 measure, has said that's not the case.

Pitcher, a prosecutor and a Democrat from Salt Lake City, contends it actually gives law enforcers more tools to ensure a person is held because it creates a presumption of pretrial detention for those facing first-degree felony charges.

At least in Salt Lake County, it is working the way it was designed to do.

Since the changes took effect on Oct. 1, Gill's office has had overwhelming success in securing pretrial detention for those it deems a risk, according to data provided by his office.

His attorneys have sought to have about 500 defendants jailed ahead of trial, roughly 12% of the total number of people charged. Judges agreed in all but just 17 cases. There's also been a significant drop in the number of defendants posting bond within a week after their arrest in domestic violence cases — by an average of about 38%, Gill said.

Prior to the changes, his office filed domestic violence charges against a man with five similar convictions, but the defendant made the $100,000 bail in three days, Gill said. Now, Gill's prosecutors are having success in arguing those sorts of defendants should be held without bail.

Still, he has some concerns. Before they make a decision, some judges are seeking to have victims and others testify. Gill says he's worried that will further traumatize victims unnecessarily when judges can simply make a decision based on a police officer's testimony.

The implementation of the current law has been problematic.

Sen. Todd Weiler, R-Woods Cross, is working on a proposal he says would address certain concerns but isn't a wholesale reversal.

"The implementation of the current law has been problematic," Weiler said, although that's due in part to the pandemic, which has brought about greater releases from jails out of fear of spreading the coronavirus.

One prosecutor in his office, for example, pointed out that some judges agreed to release those still on probation or parole for earlier felony convictions, in an apparent conflict with Utah's Constitution.

Still, Rawlings said, the law has helped his office ensure more serious offenders are held. While his office doesn't have resources to track the data, he said, it's seeing a similar trend play out as in Salt Lake County.

"I'm not an advocate of burning the whole house down and trying to get everybody to put Humpty Dumpty back together again," Rawlings said. He noted a wave of court decisions across the country have found the use of cash bail unconstitutional in recent years. 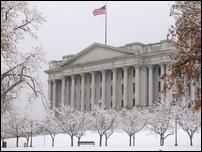 After passionate debate, a bill with big implications for Utah's bail system cleared the Utah House of Representatives on Friday, taking one step closer to almost fully rolling back a law that was implemented just four months ago.

Utah County Attorney David Leavitt agreed. He said that before the reforms, the majority of those in county jails were awaiting trial, and 90% weren't violent.

"Something as monumental as bail reform is not going to be perfect on its first take," he said.

Ben Aldana, a public defender in Utah County, said he's frustrated at how certain judges are interpreting the law. Some of his clients are being held without the possibility of bail but aren't getting the opportunity to make their case for release at hearings. One of those clients opted to take a plea deal largely to get out of jail.

Leavitt agreed that's a problem, but believes educating judges and tweaking the law are the best options.

"The only thing bail does is create barriers for people without financial resources," Kivlovitz said.

Before the law passed, the fund couldn't consider its first requests for assistance because the dollar amounts were too high, Kivlovitz said. Since October, it's been able to help several defendants, paying the cost of their release in full, generally no higher than $5,000 for each charge.