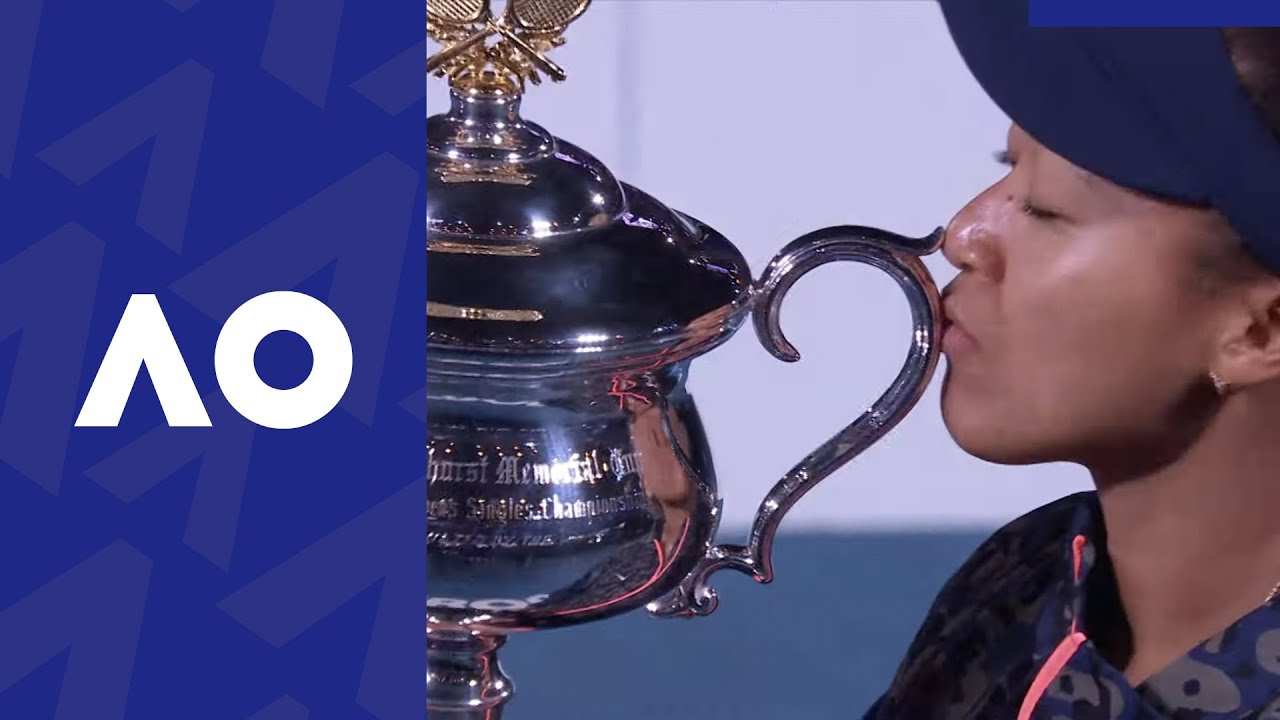 MELBOURNE (Reuters) — Naomi Osaka crushed Jennifer Brady 6-4 6-3 to secure her second Australian Open title on Saturday and cement her standing as the new queen of the women's game.

Osaka's one-sided win over the 22nd-seeded American in the final at Rod Laver Arena gave the Japanese juggernaut her fourth major crown, with her career still budding at the age of 23.

She joined Monica Seles and Roger Federer as winners in their first four Grand Slam finals, marking her out as the ultimate big match performer.

"My reaction is that that's very amazing company," Osaka told reporters, sitting next to the winner's Daphne Akhurst Memorial Cup.

"I hope that I can have one grain of how their career has unfolded. But you can only wish and you can only just keep going down your own path.

"But it's definitely something crazy to hear."

More major trophies surely await if she can convert her irresistible hardcourt form to French Open clay and grass at Wimbledon.

Having humbled Serena Williams in the semi-finals, a victory that reinforced a changing of the guard, Osaka was untroubled by Brady in the clash of power hitters.

She romped to a 21st straight win in completed matches, a streak dating back more than a year.

Fans hoping for a repeat of the pair's engrossing U.S. Open semi-final last year were left disappointed as Brady froze in the spotlight of her first Slam final.

But she settled to clinch six straight games, roaring to a 4-0 lead in the second before serving out the match to love.

A big serve sealed it, causing Brady to fire a forehand return long, and Osaka held her racket over her head, beamed and gave a little leap in an understated celebration.

"Tonight I felt like was (it) more of a mental battle," said Osaka who also won the 2019 title.

"Of course, I can't speak for her, but I was extremely nervous. I honestly just told myself before the match, I'm probably not going to play well.

"I shouldn't put that pressure on myself to play perfectly but just go out there and fight for every point."

On a cool and breezy night at Rod Laver Arena, Osaka warmed up with two aces but the fast start fizzled out in a stream of errors from both players.

A nervous Brady was especially culpable, spraying 18 unforced errors in the opening set.

Both players dropped their serve before Brady breathed some life into the contest at 4-4, luring Osaka in with a drop-shot, then scrambling forward to retrieve and lob her for break point.

Osaka cancelled it nervelessly with an imperious forehand winner fired from the baseline and hung tight until Brady gifted her the lead.

Serving to stay in the set at 5-4, Brady slapped a wild forehand over the baseline to cough up set point then stepped in to pound a would-be forehand winner straight into the net.

The crowd groaned and Brady went to her chair ashen-faced.

Osaka seized the momentum, breaking Brady again in the second game of the second set with a sumptuous crosscourt backhand winner.

She rolled on to a 4-0 lead before Brady belatedly conjured some resistance to break Osaka.

The American clawed back to 5-3 but bowed out as she started, smashing wild returns to allow Osaka to serve out the match without trouble.

It was a forgettable display from Brady's racket but she had a remarkable run in Melbourne, after being one of the 72 players unable to train during their two-week hard quarantine in the lead-up.

"I think she's human like the rest of us in this room," Brady told reporters of Osaka. "She just brings out her best in the big moments.

"But I don't think, you know, she's God," she added with a smile. "I think maybe Serena is. Maybe she'll get there, I don't know."