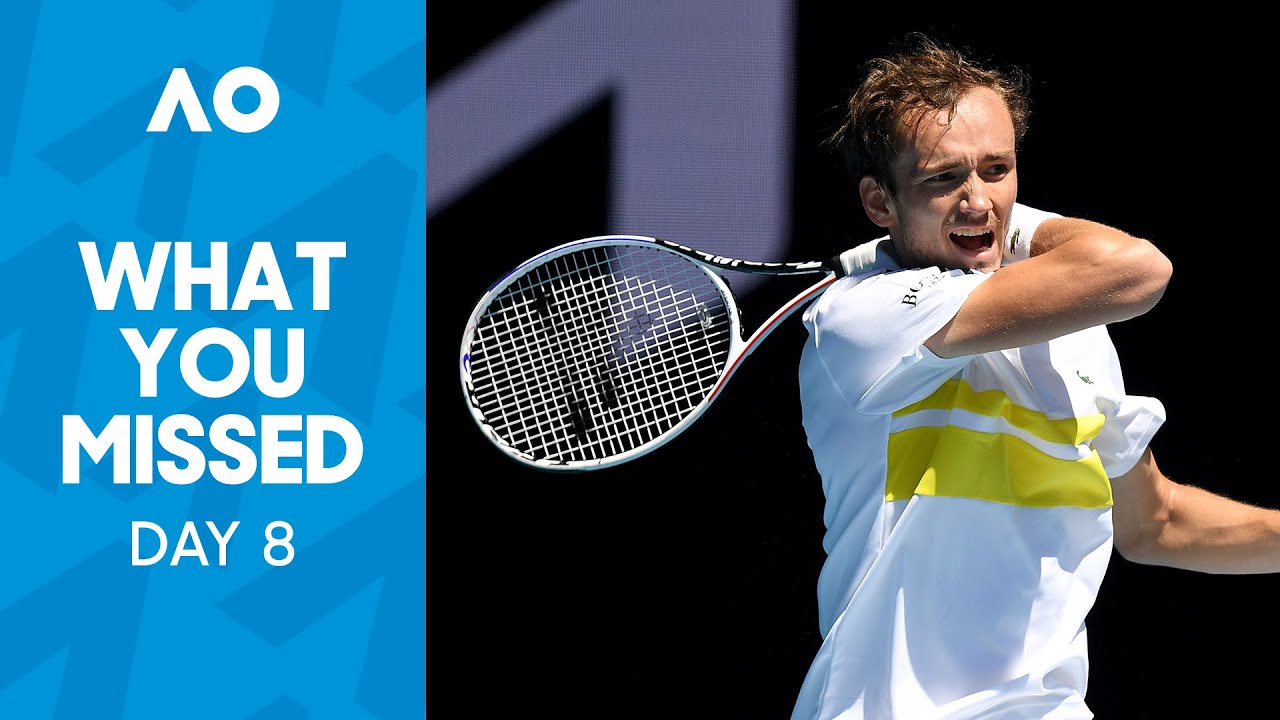 MELBOURNE (Reuters) - For a player who was all doom and gloom about his fitness on the eve of the Australian Open, Rafa Nadal emerged as an unlikely pillar of strength on day eight as injuries cut a swathe through the men's draw on Monday.

Nadal's bid for a record 21st Grand Slam crown gathered pace with a 6-3 6-4 6-2 demolition of Fabio Fognini that pushed the Spaniard into his 13th quarter-final at Melbourne Park.

The lower back strain that forced Nadal to miss the ATP Cup is now disappearing in the rear-view mirror and he heads into his next clash against fifth seed Stefanos Tsitsipas without having dropped a set.

"The first set without a doubt has been my best level in the tournament," Nadal told reporters after routing 16th seed Fognini on a sun-bathed afternoon at Rod Laver Arena.

"It's normal, too, because I was able to practise for two days in a row.

"If we compare how I was five days ago and how I am today's situation, it's different, and my perspective and excitement is completely different, too."

While Nadal booked his 43rd Grand Slam quarter-final with two hours and 16 minutes of work against Fognini, Tsitsipas did not lift a racket against ninth seed Matteo Berrettini, who pulled out with an abdominal strain.

Norwegian Casper Ruud's hopes of a maiden Grand Slam quarter-final were also undone by an abdominal injury as he retired two sets in against Russian Andrey Rublev.

Players' fitness at the Grand Slam has been under the microscope after they spent two weeks in mandatory hotel quarantine, with some blaming their exits on limited preparations.

Defending champion Novak Djokovic, who said he had torn an abdominal muscle against Taylor Fritz, has soldiered on and was able to despatch Milos Raonic on Sunday to book a quarter-final against Alexander Zverev.

Djokovic was cagey about his injury when probed about it after the Raonic match, saying he did not want to "speculate" and that it was a "gamble" to play on.

Having had his fair share of injuries over the years, Nadal felt there was little point in trying to conceal their true nature.

"Well, it's difficult to hide things," he said.

"I think it's not healthy to hide a lot of things because it's difficult.

"Even if you want to hide, at some point you're going to have questions to answer.

"I don't want to play that game, honestly."

Although speculation over Djokovic's fitness will continue to fill the vacuum, Nadal was adamant that no player could grit their teeth and win a Grand Slam if properly injured.

"If you really have physical problems, you will not win," said the 34-year-old.

"If you have some pain and it's not putting you in a situation that limits you, the movements, maybe you can find a way.

"But when you really, really have an injury, it's impossible to win a tournament like this."