Power outages linger for millions as another icy storm looms 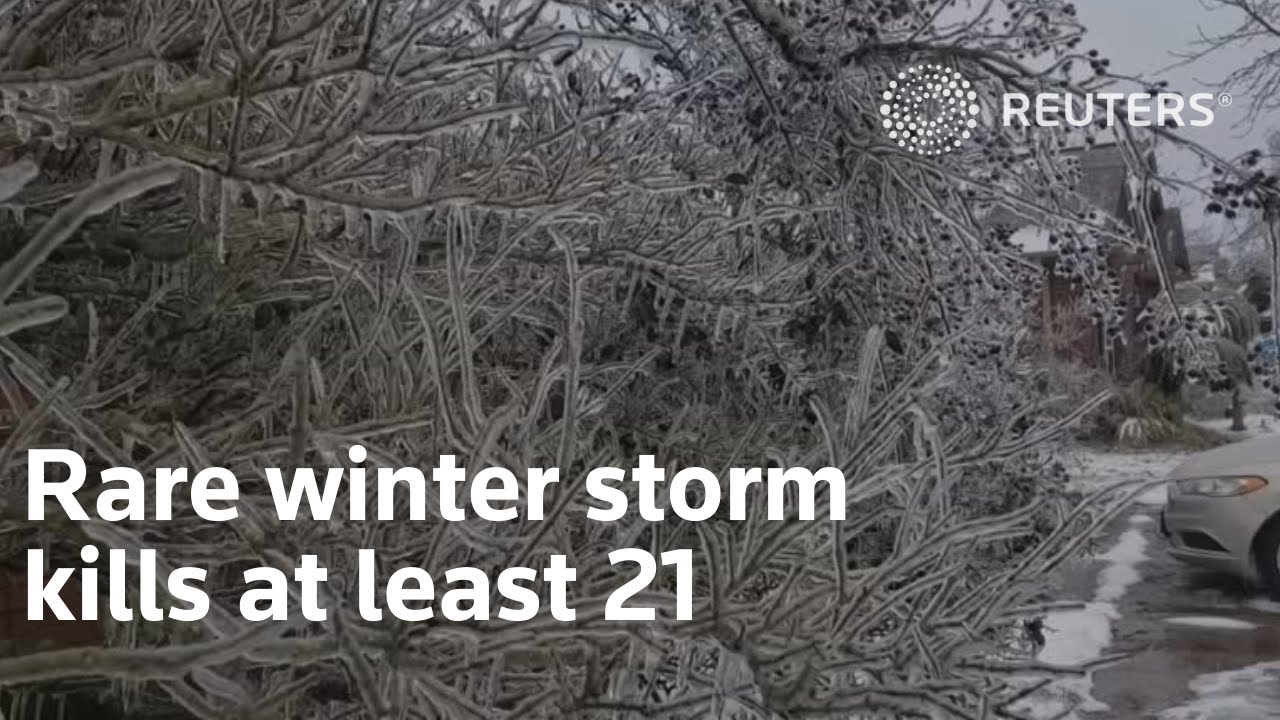 AUSTIN, Texas (AP) — Millions of Americans endured another frigid day without electricity or heat in the aftermath of a deadly winter storm as utility crews raced to restore power before another blast of snow and ice sowed more chaos in places least equipped to deal with it.

Nearly 3.4 million customers around the U.S. were still without electricity, and some also lost water service. Texas officials ordered 7 million people — a quarter of the population of the nation's second-largest state — to boil tap water before drinking it following days of record low temperatures that damaged infrastructure and froze pipes.

The latest storm front was certain to complicate recovery efforts, especially in states that are unaccustomed to such weather — parts of Texas, Arkansas and the Lower Mississippi Valley.

"There's really no letup to some of the misery people are feeling across that area," said Bob Oravec, lead forecaster with the National Weather Service, referring to Texas.

The system was forecast to move into the Northeast on Thursday. More than 100 million people live in areas covered by some type of winter weather warning, watch or advisory, the weather service said.

This week's extreme weather has been blamed for the deaths of more than 30 people, some of whom perished while struggling to keep warm inside their homes. In the Houston area, one family succumbed to carbon monoxide from car exhaust in their garage. Another family died while using a fireplace to keep warm.

Weather-related outages have been particularly stubborn in Oregon, where some customers have been without power for almost a week.

The worst U.S. outages by far have been in Texas, where 3 million homes and businesses remained without power as of midday Wednesday. More than 200,000 additional customers were in the dark in four Appalachian states, and nearly that many in the Pacific Northwest, according to poweroutage.us, which tracks utility outage reports.

The president of the Texas power grid manager, the Electric Reliability Council of Texas, said he hoped many customers would see at least partial service restored by later Wednesday or Thursday.

Dashawn Walker, 33, was thrilled to find the power back on in his Dallas apartment. He stayed at a suburban hotel Tuesday night after being without power since Sunday, but said he was charged $474 for one night.

"It's crazy," Walker said. "I mean why would y'all go up on the hotels in the middle of a crisis?"

Water pressure has fallen across the state because lines have frozen, and many residents are leaving faucets dripping in hopes of preventing pipes from freezing, said Toby Baker, executive director of the Texas Commission on Environmental Quality.

Texas Gov. Greg Abbott urged residents to shut off water to their homes, if possible, to prevent more busted pipes and preserve pressure in municipal systems.

The outages in and around Portland, Oregon, affected nearly 150,000 customers nearly a week after a massive snow and ice storm toppled many trees and took out hundreds of miles of power lines.

The damage to the power system was the worst in 40 years, said Maria Pope, CEO of Portland General Electric. At the peak of the storm, more than 350,000 customers in the Portland area were in the dark.

"These are the most dangerous conditions we've ever seen in the history of PGE," said Dale Goodman, director of utility operations, who declined to predict when all customers would have power restored.

Utilities from Minnesota to Texas implemented rolling blackouts to ease the burden on strained power grids. The Southwest Power Pool, a group of utilities covering 14 states, said the blackouts were "a last resort to preserve the reliability of the electric system as a whole."

The weather also disrupted water systems in several Southern cities, including in New Orleans and Shreveport, Louisiana, where city fire trucks delivered water to several hospitals, and bottled water was being brought in for patients and staff, Shreveport television station KSLA reported.

Power was cut to a New Orleans facility that pumps drinking water from the Mississippi River. A spokeswoman for the Sewerage and Water Board said on-site generators were used until electricity was restored.

In the southwest Louisiana city of Lake Charles, Mayor Nic Hunter said Wednesday that water reserves remained low and local hospitals were faced with the possibility they might have to transfer patients to other areas.

Travel remains ill-advised in much of the United States, with roadways treacherous and thousands of flights canceled. Many school systems delayed or canceled face-to-face classes. But staying home carried risks too in places without power.

The latest on closures, traffic and weather for Wednesday as snowstorm makes roads dangerous

As a storm moves in on the Wasatch Front Wednesday morning, drivers are warned to stay off the roads through 10 a.m. because of dangerous road conditions. Here is a full list of closures, delays, traffic and weather.

Authorities said a fire that killed three young children and their grandmother in the Houston area likely was caused by the fireplace they were using to keep warm. In Oregon, authorities confirmed Tuesday that four people died in the Portland area of carbon monoxide poisoning.

In Clinton, Mississippi, Army veteran Evelyn Fletcher has been cooking and delivering meals to sidelined truck drivers, travelers and people staying at hotels after losing power at home.

"They're stranded, they're isolated — people are in need of support right now," Fletcher said.

On Monday, Fletcher made 85 meals. On Tuesday, she made 30 plates, while a local restaurant, T'Beaux's Crawfish and Catering, cooked 75 plates of shrimp and gumbo that she and other volunteers delivered. And on Wednesday, Fletcher was cooking a pot of turkey noodle soup, hoping to deliver another 70 meals.

"People are worried about more snow," she said. "We are going to keep people fed and keep them feeling hopeful."