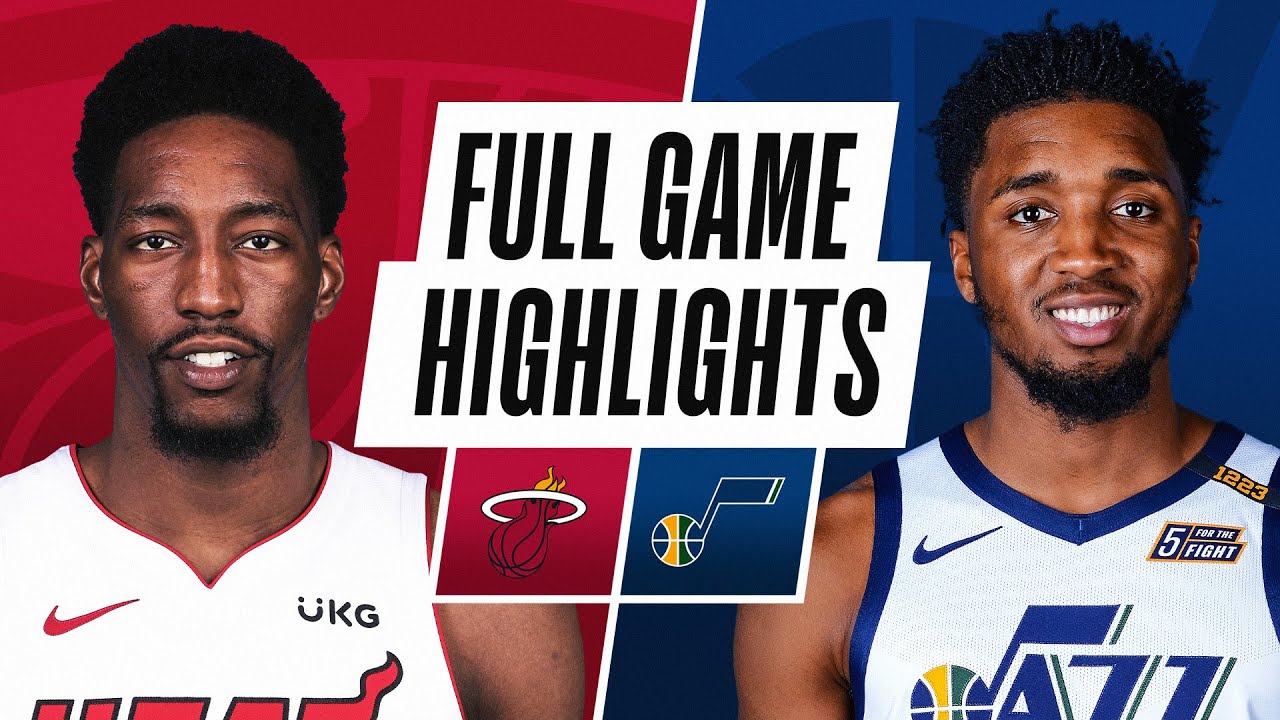 SALT LAKE CITY — There were two plays from Utah's 112-94 win over Miami that made the rounds on social media during the game.

The more popular one was a clip of a seven-pass possession where the ball jumped from Donovan Mitchell to Royce O'Neale to Bojan Bogdanovic to Joe Ingles.

It then looked like the play was simply a loop. Ingles passed to Mitchell, who passed it to O'Neale again, who passed it back to Bogdanovic. But this time, instead of tossing it back to Ingles, Bogdanovic dribbled inside and found Rudy Gobert for a dunk. Seven passes, only a few dribbles and an open shot — that's the beauty of the Jazz's offense this season.

"When you play really fast and the ball's moving and everybody has an opportunity to touch it, it's like passing money around at a casino — everybody gets a little piece," Georges Niang said. "I think everybody knows how that feels or at least I hope you know how that feels."

Utah's crisp-passing and shot-happy offense has made waves this season for good reason. It's fast, it's fun, and it's worked. The Jazz are among the top offensive teams in the league and they've absolutely floored teams. They've gone 18-1 over the last 19 games — 16 of those have come by double digits, including Saturday's win over the reigning Eastern Conference champions.

But while the long ball has gotten the attention, Saturday was proof Utah's dominant stretch is still built on the 7-foot-1 frame of Gobert.

That's what the second play highlighted.

Miami essentially had a two-on-one at the rim: Jimmy Butler and Bam Adebayo vs. Gobert. Gobert didn't go for a fake during Butler's initial attack, forcing the All-Star forward to drop it back to Adebayo. Gobert bit on a pump fake, but still was able to block Adebayo with a quick second jump. Then, as Butler grabbed the rebound, Gobert popped the ball free.

He's not the most feared rim protector for nothing.

"Rudy has done a great job throughout the year of anchoring this defense and I think everybody has brought their level of defense up," said Niang, who had 14 points on Saturday. "Just because we know that's what's gonna help us win games."

The Jazz were on the second game of a back-to-back; they were playing against the reigning Eastern Conference champions who had won four straight; and they were missing shots — a lot. The most prolific 3-point shooting team was just 3-of-21 from deep in the first half.

Yet they were still ahead. That was because Utah is still very much an elite defensive team. The Jazz held Miami to 93 points per 100 possessions, so it didn't matter that the threes weren't falling. Gobert cleaned up inside and O'Neale was pretty much everywhere else. The swingman finished with seven rebounds, three steals and three blocks to go along with 8 points and four assists.

If Saturday showed anything it's that the Jazz don't live or die off the 3-point shot — it's simply what they use to bury opponents.

There were two six-plus minute stretches the Heat failed to score a single point. Miami was stuck on 36 points from the 7:45 to the 1:42 mark of the second quarter, and didn't score its first point of the second half until the clock read 5:50.

In a span of 14 minutes, the Heat went 3-for-22, had six turnovers and scored just 6 points. It wasn't shocking then the Jazz soon had a 20-point lead.

"When you do have a tough night, that's when it becomes more important to defend, which it's always important but just more impactful," Jazz coach Quin Snyder said.

That defense kept the game close as Jazz put up brick after brick. And when the shots started to fall — like they did in the third quarter — it's game over. Donovan Mitchell, who had 26 points, scored the first 7 points of the second half as part of a larger 16-0 Jazz run to give the Jazz a lead that wouldn't even be close to being challenged.

The Jazz hit nine 3-pointers in the second half (they were 12-of-46 for the game — shooting 14% lower than their regular average).

"The first half, we did a great job defensively," said Gobert, who had 16 points, 12 rebounds and three blocks. "And the second half, we kept it going even better and the shots started to fall and we were able to get away from them that way."