Thank you, Shaq? Nah, the Jazz are too busy thanking Donovan Mitchell after win over Celtics 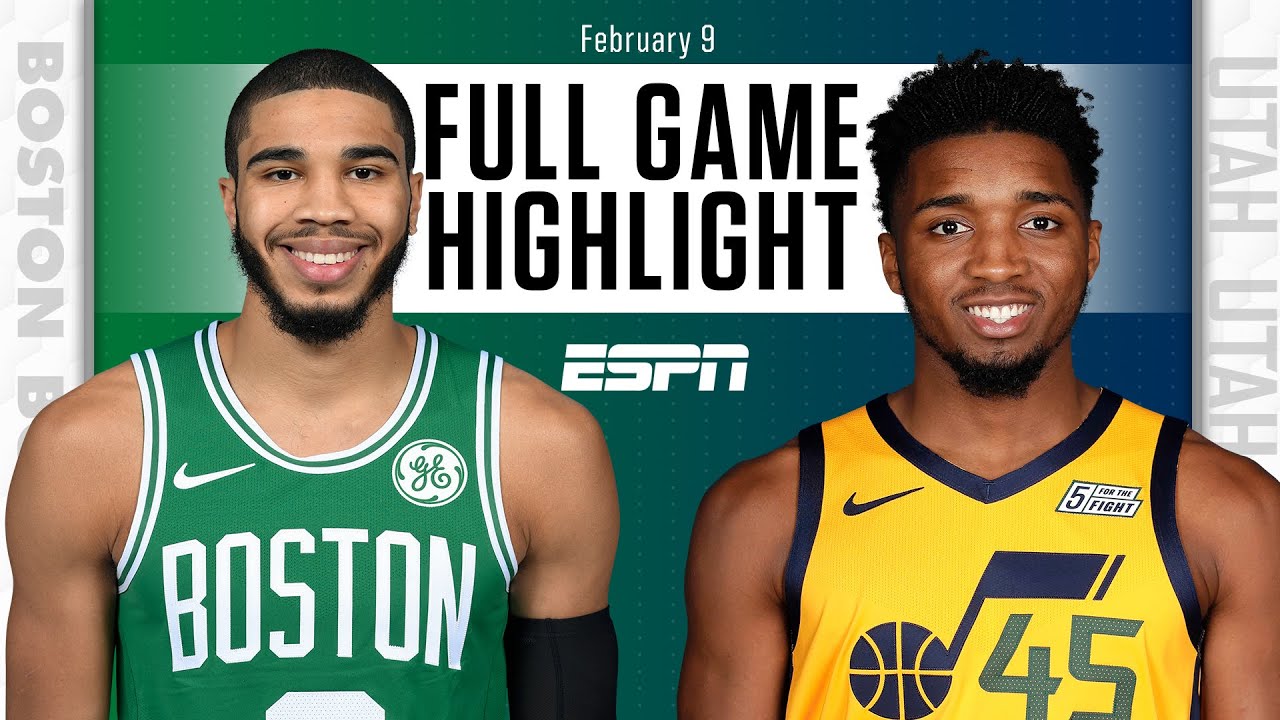 SALT LAKE CITY — In a studio in Atlanta, Shaquille O'Neal was likely patting his own back. Heck, he'd already done it moments before.

During TNT's halftime report of Utah's 122-108 win over Boston, O'Neal, in reference to his awkward-timed comments about Donovan Mitchell weeks before, said: "I never hate, I just try to give constructive criticism. My whole career I've been a leader and I motivate my players a certain way. So, you're welcome Utah."

So, yes, O'Neal will likely take credit for how Mitchell raced down the court to set up a big Joe Ingles' 3-pointer, and how Mitchell hit a pull-up three from 30 feet out, and how he dropped as he stepped back for a three — and we could go on. Mitchell scored or assisted on seven of Utah's final eight possessions as the Jazz used a 14-4 stretch to closeout the win.

O'Neal can take all the faux victory laps he wants, Mitchell will just keep leading the Jazz to wins. Utah matched its best start in franchise history by improving to 20-5, and have won 16 of its last 17 games.

But don't get caught up in the potential narrative that O'Neal somehow motivated Mitchell when he told him point-blank that he didn't have what it takes to get to the next level immediately following a Jazz victory last month. That couldn't be further from the truth.

Before that awkward interview, Mitchell was averaging 24.3 points, 4.9 assists and 3.9 rebounds while shooting 41% from three.

Mitchell is simply a bonafide star —and he's been that all season; Tuesday was just the latest chapter. He finished with 36 points and nine assists as he pushed the Jazz to their fifth straight win.

"I think he's really able to understand the tempo of the game and be able to find his teammates," said Rudy Gobert, who continued his dominant defensive run on Tuesday. "I think he's improved every single year. But this year I feel like he's been, especially the last four weeks, at his best."

Mitchell came out after a hard-fought first half and seemed to realize no one could guard him. The Celtics were without Marcus Smart; and without the bulldog defender, Mitchell was able to get to wherever he wanted to either score, get fouled or set up a teammate. His 14-point third quarter was spectacular and helped Utah build a double-digit lead, but it didn't touch his closing stretch.

"In the last five minutes there was no question: We're just going to give it to him and let him create," said Ingles, who had 24 points and six assists.

That strategy proved to be sound. With the Jazz's early 13-point lead cut to just four with 3:10 remaining, Mitchell put on a masterclass — and it all started with a strong push off a rebound.

For much of his career, Mitchell has often slowed down the pace when things got tight at the end. It was something he has even called himself out for doing, stating the Jazz needed to run for the team to be at its best; that's the case in the first minute of the game and in the last. Mitchell's strong push up the court drew Boston defenders and freed up Ingles for a wide-open trailing three. Mitchell turned and found him, and Ingles hit the huge shot.

"He is not just looking for himself, he's looking for Rudy, he's trying to skip to Bojan (Bogdanovic) in the corner or whatever it is," Ingles said.

But he's pretty reliable when he calls his own number, too. His 30-foot bomb with just over two minutes remaining gave the Jazz a double-digit lead. He followed it up with the knockout blow: Mitchell drove in on Grant Williams and quickly stepped back to the 3-point line. As Mitchell put up the shot, Williams was lying on the ground.

He then left no doubt by closing the game with two alley-oops to Gobert — passes that he admitted wouldn't have happened in his first three seasons.

It's all about the trust factor — that's really all it is," Mitchell said. "And my teammates have made it easy on me to be able to go out there and just do what I do. The two passes to Rudy — y'all know, last year, year before that, year before that, I probably don't throw that pass. So like that's the progression that I'm seeing in myself and my teammates are seeing me and just being able to like I said to trust it."

It's a progression from an All-Star to a superstar — even if some people haven't taken notice.

"I've been here four years and the fans know we just don't necessarily get all the credit we deserve," Mitchell said. "I feel like we use that as a chip on our shoulder. And I'm just very fortunate to be in this position where my teammates trust me to go make plays like that."

So don't expect Utah to be saying thanks to Shaq anytime soon; they're too busy thanking Donovan.