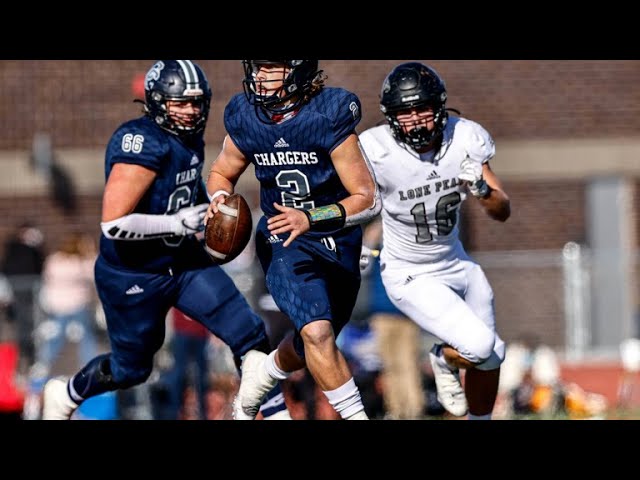 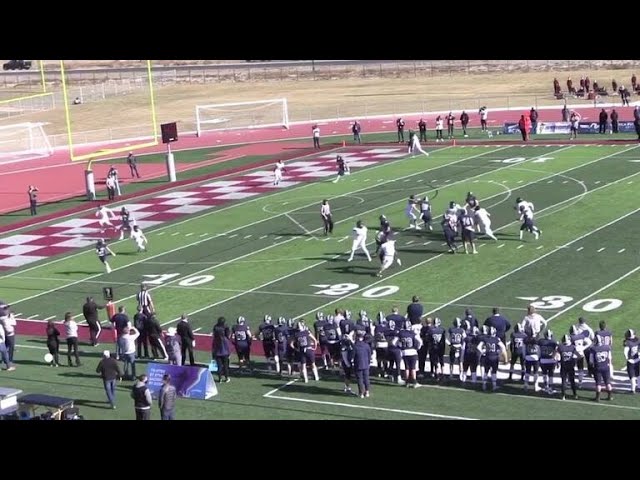 DRAPER — When Jaxson Dart first transferred to Corner Canyon ahead of his senior year of high school football, he did so knowing he would be under the microscope.

He'd have the pressure of a team that had won back-to-back state championships and held the longest active winning streak in Utah's top classification.

He more than lived up to them.

Under Dart's command, the Chargers (14-0) rolled to their third consecutive state title and pushed a wining streak over 40-straight games. Dart's personal journey culminated in December, when he signed with USC in advance of graduating early and joining the Trojans in time for spring football.

"I think we are the best offense this state's ever seen," Dart proclaimed after throwing for 329 yards and four touchdowns in a 45-7 win over Lone Peak in the 6A state title game. "Coach Kjar is awesome; he's the best quarterback coach in the state, and he puts us in the best situations. We just have to make things happen."

Dart threw for 4,691 yards as a senior and added 1,195 yards and 12 scores on the ground. His 79 total touchdowns ranks second in Utah High School Activities Association history, the most since former Utah State and BYU quarterback Riley Nelson scored 84 for Logan in 2005.

But by his own admission, Dart wouldn't have accomplished any of it without his teammates or head coach Eric Kjar, a finalist for national coach of the year who has grown a reputation as a "quarterback whisperer" with products that include former Jordan High star Austin Kafentzis, NFL-bound BYU quarterback Zach Wilson, and now Dart, an all-state baseball player at Roy whose production more than doubled from his junior season of 2,440 yards and 22 touchdowns with the Royals.

"I loved my time at Roy; I feel that coach (Fred) Fernandes is the player I am today," Dart said. "Coming here, I felt that it elevated my game, being able to throw the ball a lot, make different reads and really understand defenses.

"It's gotten me the most prepared I feel I can be for college, and coach Kjar did a great job. We've been so tight with one another."

In addition to Dart, Weber State-bound wide receiver Noah Kjar was named first-team All-American after leading the nation with 1,918 receiving yards and 22 touchdowns, according to MaxPreps.

Two-way player Jackson Light was named second-team All-American player, anchoring the No. 9 offense in the country at center and adding 42 tackles at defensive tackle. The 6-foot-3, 285-pound center is signed to play on the offensive line at Oregon, where he will join last year's No. 1-rated recruit from Utah in Orem linebacker Noah Sewell and follow in footsteps of NFL-bound offensive tackle Penei Sewell, a Desert Hills product.

But the motor of the Chargers' offense though a unique, challenging and magical 2020 season was Dart. As much as he credits his coaches and teammates, those same teammates reverse the credit back to their quarterback.

"Jaxson Dart is the best quarterback in the country. I love that guy," Light said "I've been blessed to block for him and keep him clean, but he brought to this team a new level and an excitement to play football. He's going to be great at USC."